Gorillaz return with ‘The Now Now’ 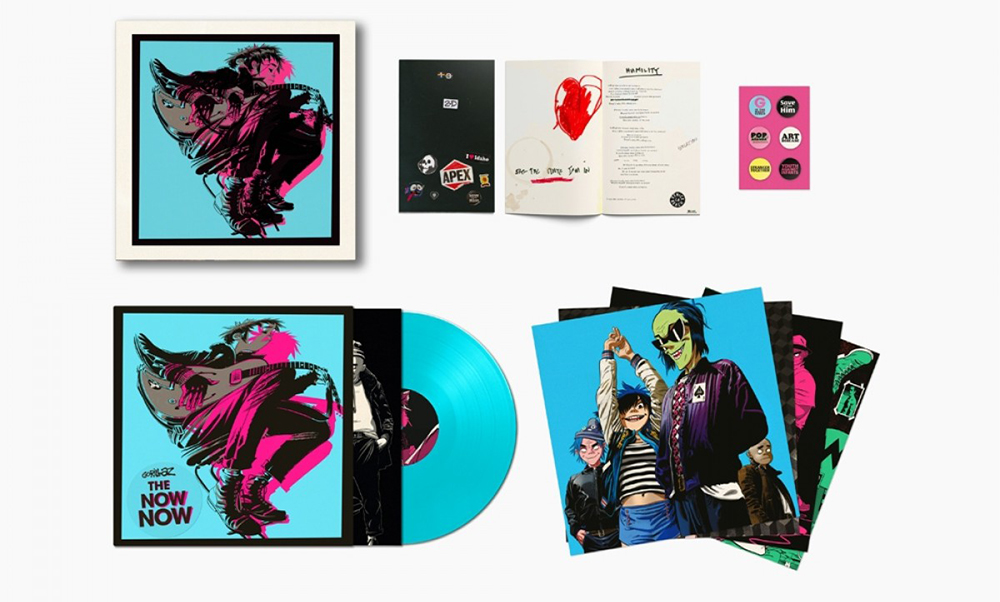 After weeks of careful digging and fan outbursts on social media and Reddit, Damon Albarn and Jamie Hewlett’s Gorillaz are officially back with a new record, The Now Now, which of course means a handful of new vinyl variants available right now for pre-order on their webstore. Prices are in U.S.

The standard edition comes on 180-gram black 12″ vinyl, with a printed inner bag and download card for the 11 tracks. The deluxe vinyl box set will set you back $75 for a blue record, a 52-page booklet full of notes from the album, 4 art prints (12″x12″) featuring the band (and new bassist, Ace, from “The Powerpuff Girls”) and 6 pins (1″).

Also available is a slipmat edition with the standard vinyl and, you guessed it, a slipmat, or a bundle with a shirt featuring the artwork of 2D, pop-art inspired playing cards, the record and the slipmat.

For those who are feeling really frisky, the deluxe vinyl edition can be upgraded for $10 to also include the Gorillaz slipmat. A final (9th, for those who are counting) option features every single thing listed previously for $112.99.

Those who pre-order the album will receive an instant download of the new-as-of-today tracks “Humility (feat. George Benson)” and “Lake Zurich.” Check out the former below.