Just Friends’ “Nothing but Love” now up for pre-order 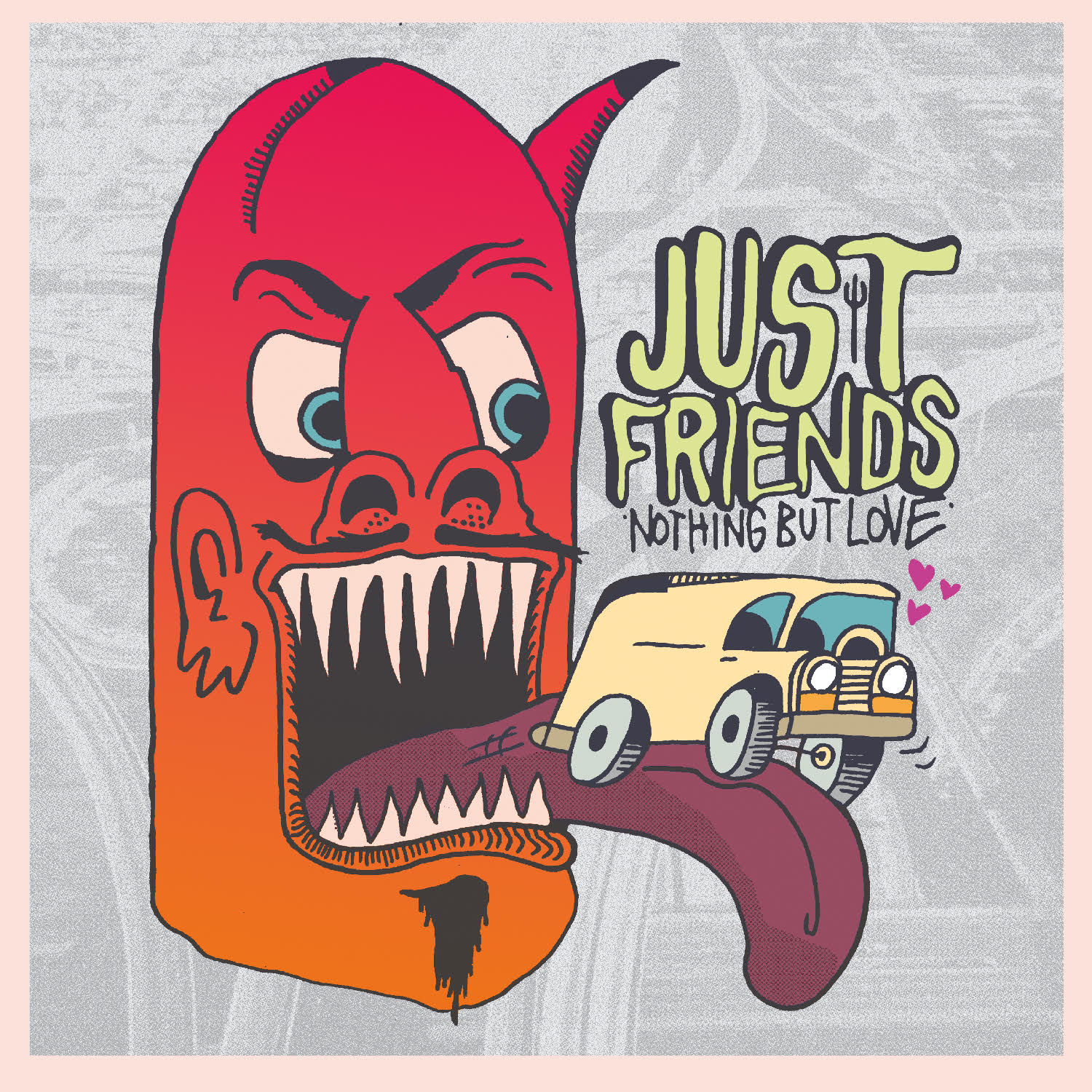 Nothing but Love, the sophomore record from Just Friends, is now available for pre-order via Counter Intuitive Records. The LP is available on devil red (limited to 150 copies), blue (limited to 300 copies), and black vinyl (limited to 500 copies).

The album was officially released today after a surprise drop on Bandcamp yesterday. Records will ship in September. Stream the release below, pre-order your copy here, and read an album bio inspired by Avenged Sevenfold’s “Bat Country,” too. (Disclosure: James wrote it.)

4:20 PM. We’re somewhere on I-680. As if on cue, a cloud of billowy smoke appears and punctures a stretch of California skyline. With a flash and a bang, then appears a crack in the highway and gridlock is forced to either side of this new fault line. From out of this gap, we see a van. It’s as clouded as the air surrounding it, but its mission is clearer than we think. Welcome to Nothing but Love. It’s Just Friends’ sophomore LP, but this ain’t no slump. In fact, it blows the whole concept of a second-album slowdown apart.

This seven-piece band from the East Bay uses its strength in numbers to muscle up a dizzying strain of bright tones. It’s hard to categorize this as a record belonging to any scene or sound, as the band’s dual-vocal attack gains soul from Brianda Goyos León and left-of-center grit from Sam Kless. Just Friends’ most obvious calling card comes from the horn section flaring up every track, with Avi Dey’s trumpet and Chris Palowitch’s trombone twisting through the stop-start acrobatics on “Flex” and leading the charge on the title track. There’s an acoustic cut infected with call-and-response harmonies on “Sick of It All,” an R&B charmer in “I Wanna Love You,” and a throwback to funk-metal on “Get Down.” Shit, there’s even an orchestrated radio show excerpt with members of area outfits Graduating Life and Mom Jeans. tearing this whole thing to shreds. Just Friends matches its self-awareness with self-actualization, stretching their envelope so far that their musical stamp gets inked across countless genres, eras, and subcultures. Nothing but Love is a kiss-off to detractors and a love letter to boundless potential. Get along for the ride now, before this crew barrels through your city. Glazed eyes and full hearts ride shotgun, baby.