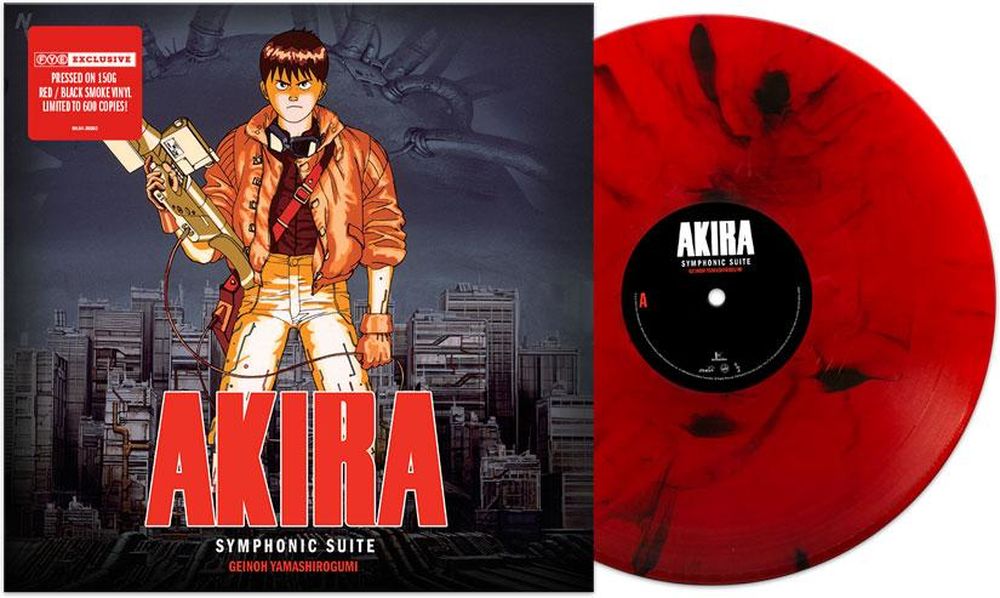 The recent release of the Akira soundtrack (through Milan Records) is getting another variant through FYE. This is on red/black smoke vinyl, limited to 600 copies. It’s packaged in a gatefold jacket and the download card includes “a lengthy commentary by Dr. Yamashiro on topics ranging from AKIRA to Geinoh Yamashirogumi to his work in advanced brain studies is also included.” I have confirmed with Milan that it’s this same packaging (despite the image FYE used).

It’s being released on June 22.