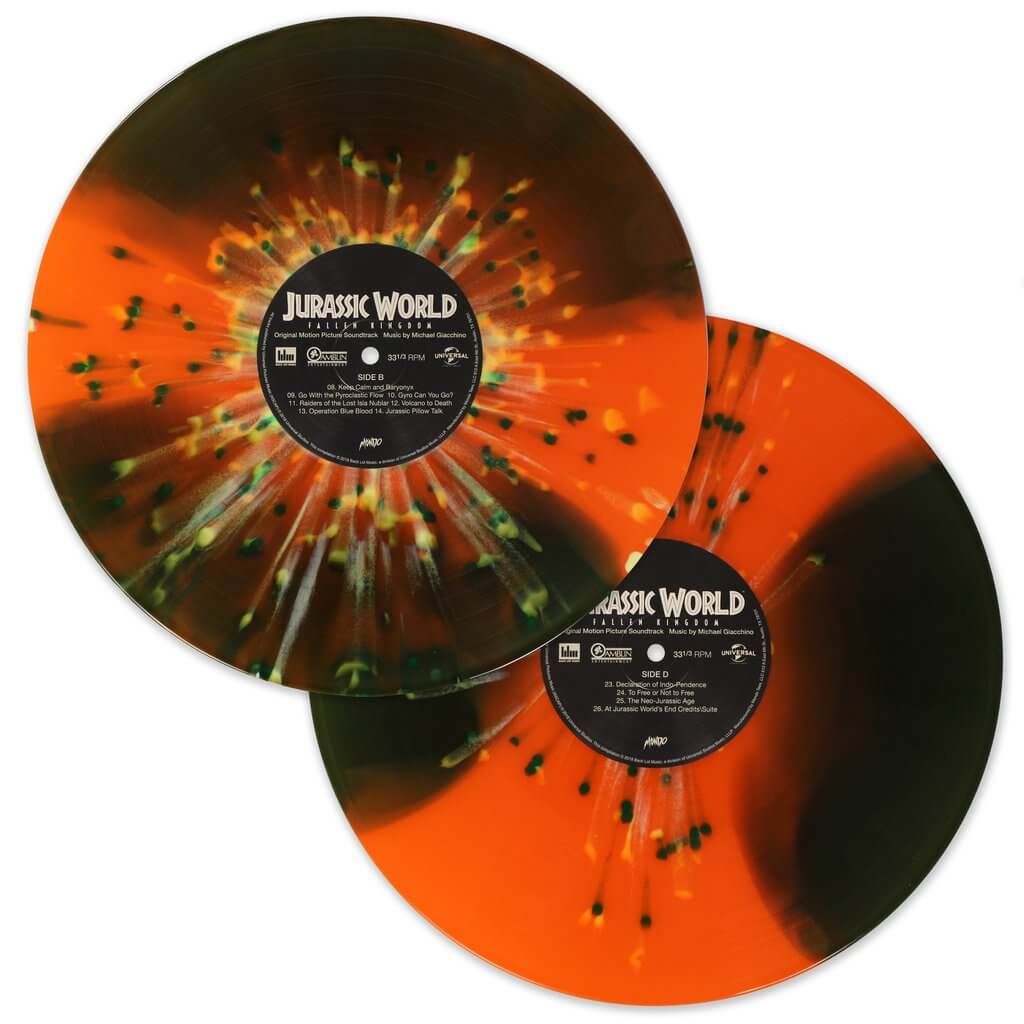 Mondo is continuing their release of music from the Jurassic Park saga (can we call it saga….franchise…continuing series of dinosaur-based mistakes by over-confident humans) with the release of the Jurassic World: Fallen Kingdom score. The Michael Giacchino music will be released on two variants: 180-gram Indo-Raptor wax; 180-gram black.

They paired with Back Lot Records for the release. It will be on sale Wednesday at noon CST.

Art is by JC Richard.