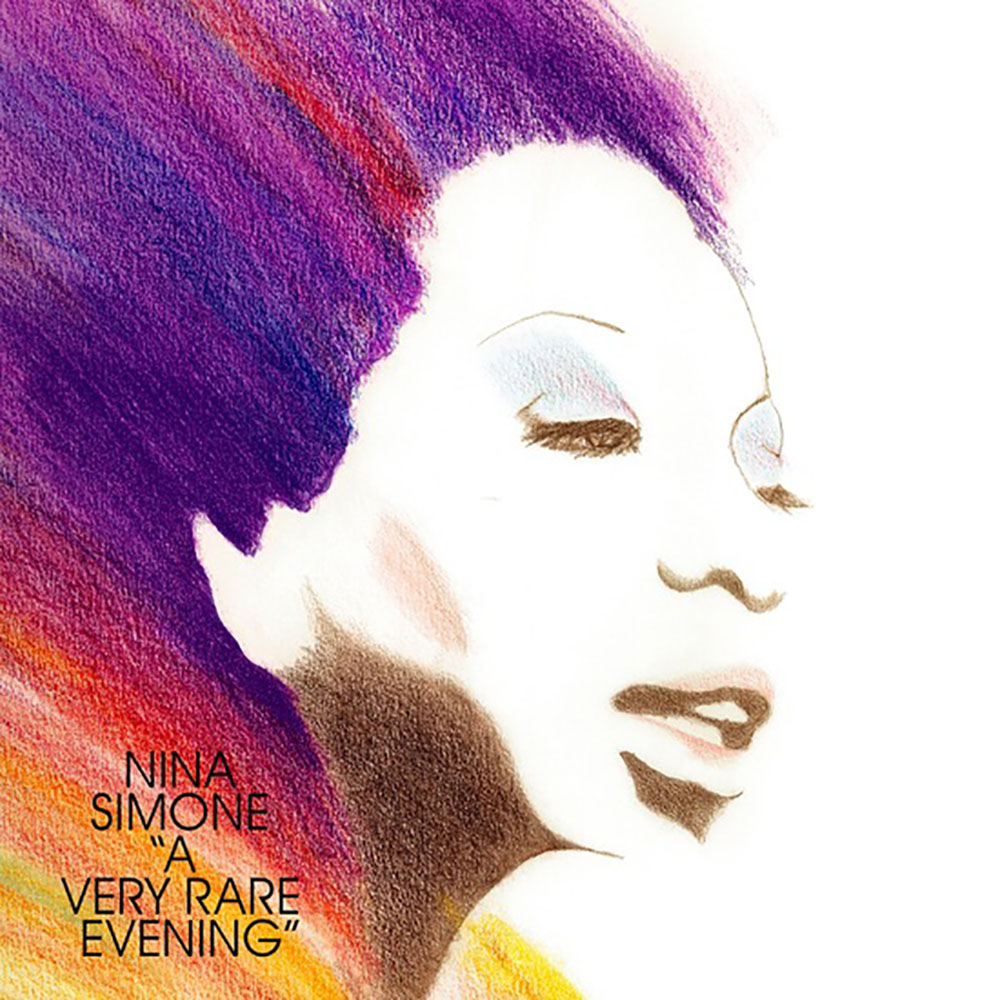 Any stack of releases from Tidal Waves Music is bound to result in some amazing musical discoveries. The appeal of the reissue label is that so many of the albums they’re putting back out into the world are usually quite hard to track down. Even in the case of an internationally-renowned performer such as Nina Simone, the label puts out a new vinyl edition of a rare live album from 1979.

Nina Simone’s A Very Rare Evening was originally released on PM Records in 1979, taken from European live performances a decade prior to that. It’s enchanting and powerful, not only because it features Simone doing a wonderful version of her own song “Revolution,” but she also takes on tracks by Aretha Franklin, along with the Bee Gees’ “To Love Somebody,” Randy Newman’s “I Think It’s Going to Rain Today,” the Byrds’ “Turn! Turn! Turn!” and the musical Hair‘s “Ain’t Got No/I Got Life.”

Hearing such a talented musician and singer lend her talents to reinterpreting these songs does what a great cover should — respecting the tenor and lyrics of the original, while lending the performer’s talent and vision to what the song could be. There are no choices here which miss the mark. It’s astonishing, really. Consider the emotion Simone imbues the line, “You don’t know what it’s like” from “To Love Somebody” — you can just hear the ache in her voice. It’s heartbreaking and a counterpoint to the upbeat musicality of the band backing her.

That’s kind of the appeal of all of these records I’ll been working my way through — they each have a cover song on them which not only lets you hear that particular piece of music in a new way, but lets you dig into a completely unfamiliar record with some level of comfort. That cover provides an entry point, wherein you hear the song you know in a new way, and it lets you feel out just what you’re going to get with the rest of the record. 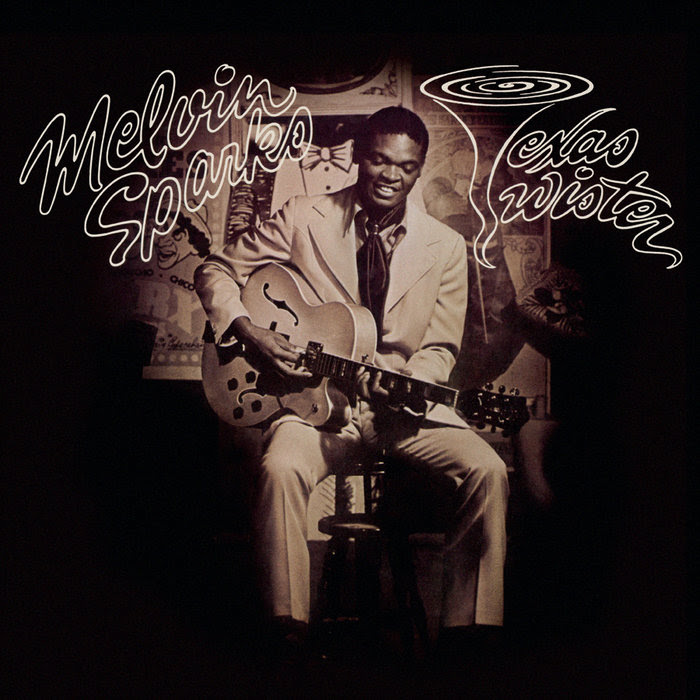 An especially good example of this is Melvin Sparks’ 1973 LP, Texas Twister. Originally released on Eastbound Records out of Detroit, it was one of the few albums that label put out during its brief run in the early ’70s — along with Caesar Frazier’s Hail Ceasar!, which we’ll get to in a bit. Jazz guitarist Sparks recorded quite a few albums as a session musician for Blue Note and Prestige, along with his own solo LPs for the latter, but Texas Twister is kind of a perfect encapsulation of his sound.

His originals, which dominate the album, are all amazingly solid, and most have a nice dinner-party groove to them, although opener “Whip! Whop!” manages to get a little funkier than most of the cuts. That is, however, until Sparks takes on the Four Tops. “Ain’t No Woman (Like the One I’ve Got),” written by Dennis Lambert and Brian Potter, is so amazingly groovy and perfect that it seems like it should be the capstone to this album, so superfluous would be any song which followed it. A take on Bill Eckstine’s “I Want to Talk About You” does manage to feature some amazing guitar runs, though. 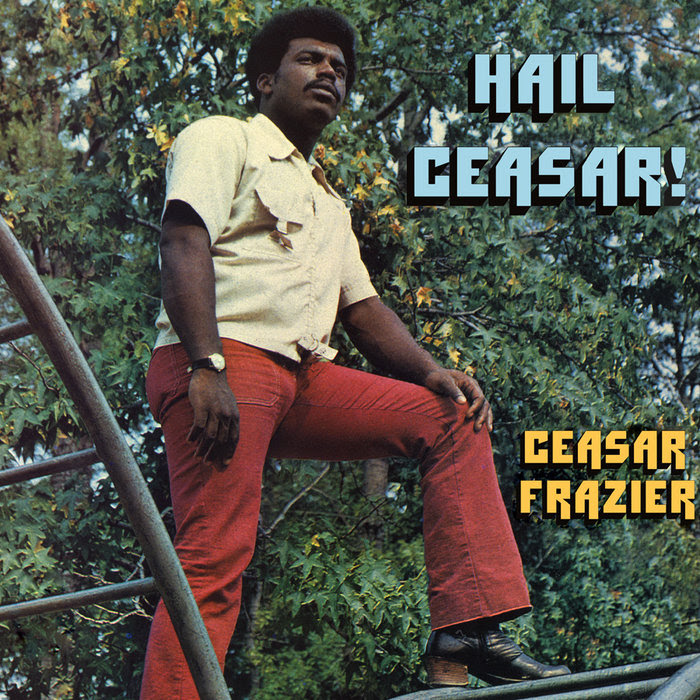 All the cuts on Caesar Frazier’s Hail Ceasar!, save two, are by other folks, but they’re some solid names: Quincy Jones, Sly Stone and Isaac Hayes. Frazier only has two of the six compositions to his name, but he’s abetted by a fine crop of musicians — including Sparks killing it on guitar — throughout. The first side is pretty mellow and groovy in a way that reminds me of Jimmy Smith’s The Cat LP, suitable for light dancing and the backing of your cocktail party.

The album’s strongest cut — Frazier’s own “Hail Ceasar!” — kicks off the B-side to the LP. The back of the LP describes it thusly: “Way down home is this one reminding somewhat of a Lou Donaldson tune. Tenor sax steps out before yielding to Sparks and Frazier.” That’s not even the half of it, because the work of Buddy Caldwell on conga is so integral to the track, you don’t even know. Fully suitable to get down, especially during the organ freakout in the last couple of minutes, this is the track which will get you to drop the needle every time. 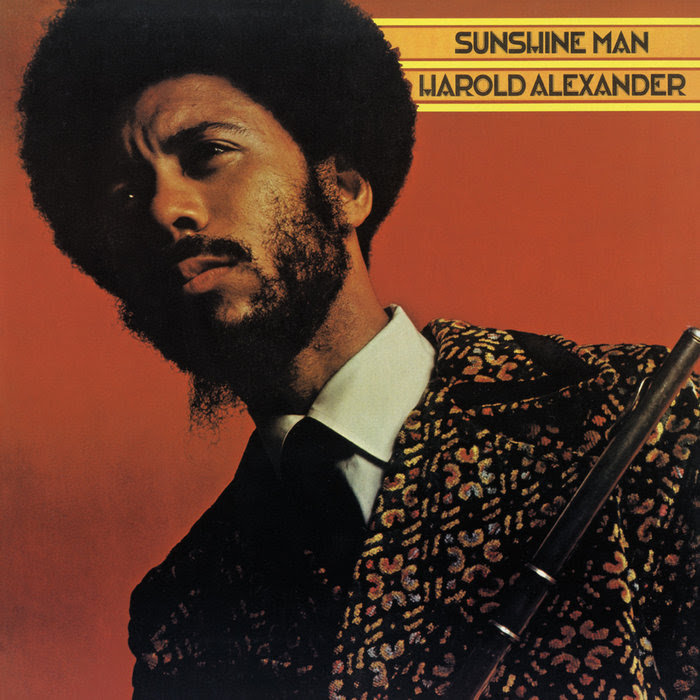 “The composition SUNSHINE MAN represents the struggle man as a creative artist and an individual in a society whereby he must constantly shine in his efforts to penetrate the barriers that suppress his freedom and obstruct his growth and progress.”

So say the notes on the rear cover of Harold Alexander’s Sunshine Man, and the composition for which they’re written. A build to a rising demonstration of Alexander’s talents on the saxophone, it’s a sunshine psychedelic number which hints at what’s to come: each song begins like it’s your standard chill jazz piece, until Alexander begins letting loose on top of it. It’s almost dissonant, but the way in which the saxophonist goes way out, then comes back into the jam, only to do so again and again, is mindblowing.

Richard Davis on the bass and Pretty Purdie on the drums are what keeps everything anchored — the rest of the band excels, as well, and Neal Creque’s work on the electric piano is a dreamlike complement to Alexander’s saxophone. It’s all pretty changed up on the flute-driven, oft-sampled, “Mama Soul,” which is a freaked-out stone-cold groover. You just want to crank it and nod your head. 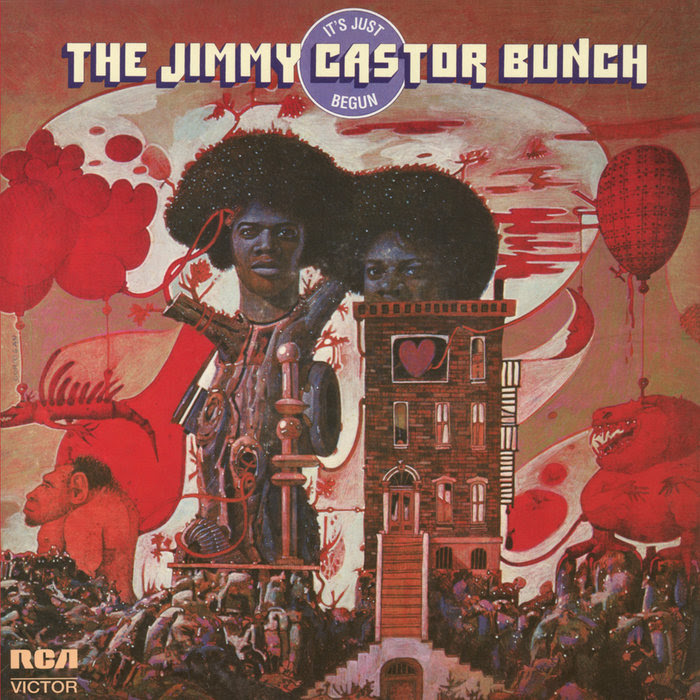 The Jimmy Castor Bunch’s It’s Just Begun might be my favorite record of the entire stack. Coincidentally, it’s likely the least-challenging of these Tidal Waves reissues, but that’s not to say it’s a subpar performance or recording. These are pretty straightforward jams, and it’s probably no coincidence that the title track has been sampled over 130 times, per WhoSampled. The riff, the congas, the repeated title lyric — they’re all infectious as hell.

“Troglodyte (Cave Man)” still pops up on Sunday morning replays of Casey Kasem’s American Top 40 on my local oldies station, and it reminds you that a song can be a novelty cut and still funky as hell. The fuzzed bass is dirty and that chicken-scratch guitar breaks out into a wail just enough to make this more than simply a song you can giggle to.

Essentially, you come for the sampled songs, but you stay for the seven minute psych-funk track “L.T.D. (Life, Truth & Death),” which is where the sounds of Jimi Hendrix, the Chambers Brothers, and Funkadelic all come together into “a message of some GOOD.” However, the band can also pump out some chill-as-hell light FM gold, such as “My Brightest Day,” which could go on right after Chicago’s “Saturday in the Park,” without incident.

Throw in a version of the song Castor wrote for Frankie Lymon & The Teenagers, “I Promise to Remember,” done with big chiming church bells and minimalist funk behind a throwback doo-wop vocal, and the sheer musical talent of the Jimmy Castor Bunch has been displayed in all its glory over the course of It’s Just Begun. 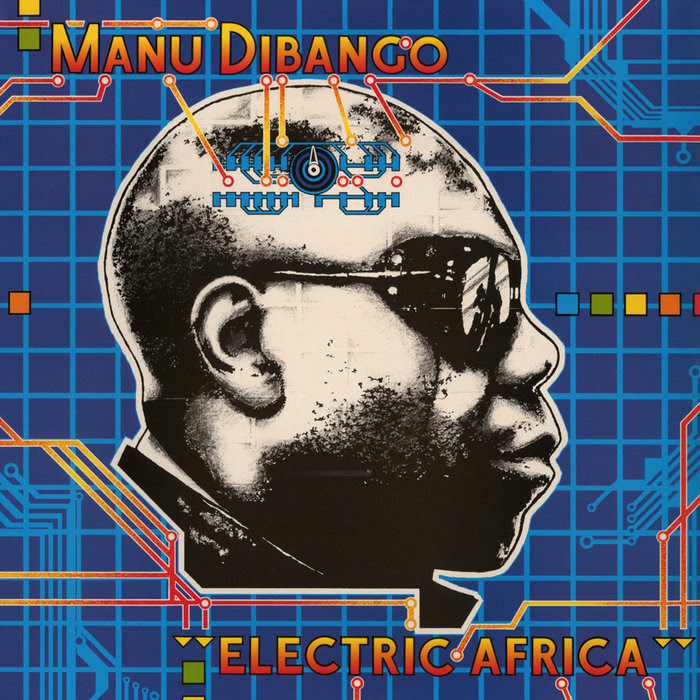 The only album in the stack I couldn’t get into was Manu Dibango’s Electric Africa, which has already gone into a repress, so popular has its release been. It’s not for lack of talent — per the obi strip, the crew backing Dibango and his band is “New York avant garde producer Bill Laswell, jazz pianist Herbie Hancock, Parliament-Funkadelic keyboard player Bernie Worrell, Pan African synthesist Wally Badarou, New York guitarist Nicky Scopelitis, African drummer Aiyb Dieng and Malian kora virtuoso Mory Kante.”

I don’t think it’s coincidence that of the four tracks here, the one I enjoy most is the first, “Pata Piya.” The other three cuts all feature Herbie Hancock on Fairlight or Yamaha DX-7, and it just feels like Dibango’s musical voice gets subsumed into the sort of music Hancock had just explored pretty thoroughly on Future Shock and Sound-System.

The musical expression feels nowhere near as fresh as what Dibango accomplished on his breakthrough single, “Soul Makossa” or what Hancock had done with “Rockit.” To me, the album is a fine fusion of African and American musical works, but it never really seems to gel. They’re a little too much “meet in the middle,” with both of the big talents disinclined to step on one another’s toes, to the point where it all comes across as a compromised vision.

The mix is a little thin on most tracks, and the only part of the album which really managed to grab my attention on repeated listens was the extended bass solo and trumpet freakout on “Echos Beti,” because it’s the one part which doesn’t really feel like it’s going for a fusion technique.

Tidal Waves’ reissues come with detailed obi strips, as opposed to liner notes, which I sort of appreciate, due to the fact that it allows you to look at the releases as they originally were. Most of the records in this stack feature their original cover artwork, with the exception of the Simone album, whose art was taken from a Japanese compact disc reissue from several years ago.

The pressings sound insanely good. They’re warm, they’re deep, and the balance is unparalleled. Tidal Waves is the sort of label where so many of the releases sound so good, both in terms of the music and how that music is presented, that you’re willing to take a chance and snatch up anything they release, because you know it’s going to be something that will blow your mind: “pure bliss, free-form Jazz with hints of soul and P-funk?” Sold!

All Tidal Waves Music releases are available on vinyl from Light in the Attic.