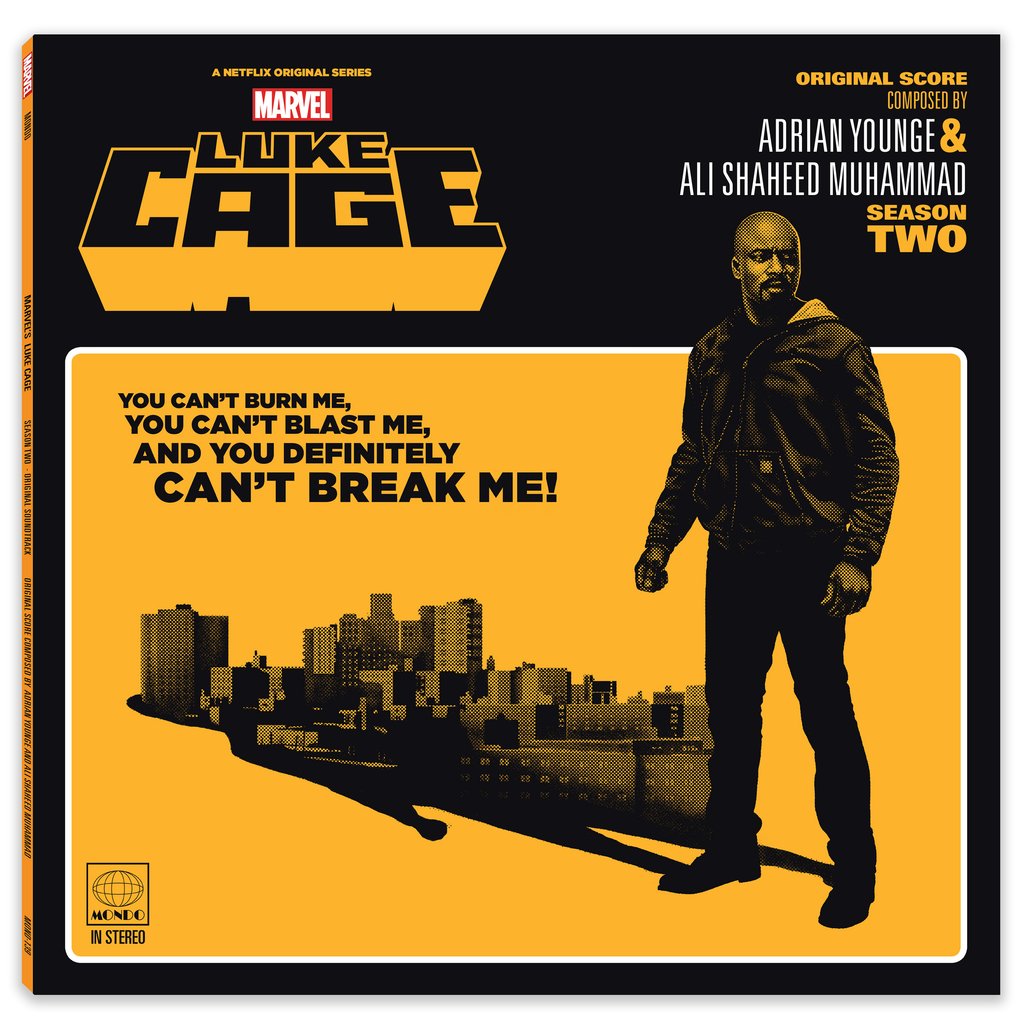 The Adrian Younge and Ali Shaheed Muhammad (A Tribe Called Quest) score for the second season of Marvel’s Netflix show Luke Cage is being released on vinyl by Mondo. They have a black and yellow marble variant, along with black, both at 180-gram.

You can check out some photos of the vinyl below.