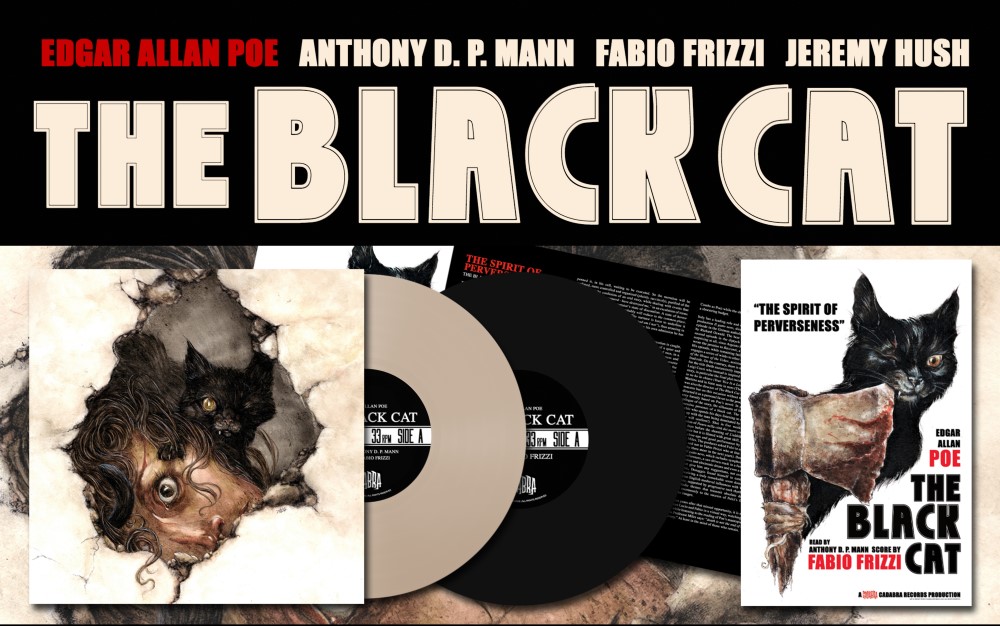 The Black Cat, Edgar Allen Poe’s classic tale of murder and guilt, is being released on vinyl and is up for sale now at Cadabra Records. Read by Anthony D.P. Mann, with score by Fabio Frizzi, The Black Cat marks Cadabra’s return to Poe after their wildly successful 7″ for The Raven in 2016. The 2xLP set (with Frizzi’s isolated score on disc 2) will only be available direct from the webstore, while a single LP (containing the story and score combined) will be distributed to retail. Here’s all the details.