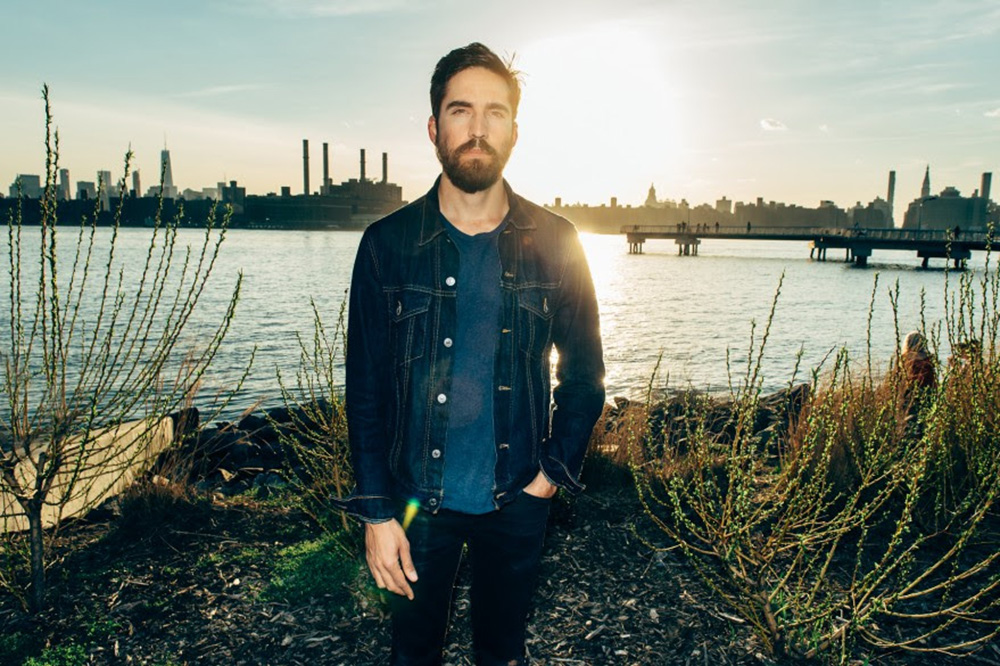 As the man behind the long-running post-rock project The Album Leaf, Jimmy LaValle has created amazing, haunting, beautiful music for 20 years. Starting as a side project from the band Tristeza, Album Leaf has since turned into LaValle’s main gig, with albums on Tigerstyle, Sub Pop and Relapse. Recent forays into film scores is what brings us here, though. Most notably, LaValle scored Justin Benson and Aaron Moorhead’s 2015 breakthrough feature, Spring, which was released via Drafthouse Films.

LaValle has now scored their follow-up, The Endless, which came out earlier this week on Blu-ray, DVD, and VOD, while the score is being released later this summer on vinyl through his own Eastern Glow Recordings. The film concerns two brothers, “who are spurred by a mysterious videotape that arrives in the mail and make the fateful decision to revisit Camp Arcadia – a rural commune in the Southern California hinterlands where they were raised as orphans.” It’s terrifyingly mysterious, as is the score, so we were excited to Skype with the musician about his music and the appeal of working in film.

Modern Vinyl: How’d you come to work with Benson and Moorhead?

Jimmy LaValle: Justin was hired by an old manager of mine to film me while I was making Into the Blue Again back in 2006. I met him then – he kind of spent a month with me, following me around on tour, on through the West Coast to the studio, to Iceland to mix, into my house, and just things like that.

He followed me around, and that was cool. He was younger, he was in San Diego, and basically fast-forward five or six years, and they approached me about Spring. I had no idea that [Justin] had been making films — this was post their release of Resolution. I watched Resolution, and I was like, “This is awesome!” and was definitely interested and intrigued.

I met them for drinks, and that’s when I met Aaron. I was kind of like, “Oh, yeah, this is cool,” but didn’t really know their credits. To me, he was just a young kid, and I was just like: “Yeah, sure. Let’s make a movie. Cool.” Six months go by, and I didn’t hear anything of it, and then all of a sudden, they were like, “Hey” – because they had gone and started prepping and all of this stuff. They came back to me and they had – I forget what they called it, but it was a scene that would reflect the whole film. It didn’t have the actual actors, but it was just a scene that they had me do a score to. A two-minute teaser they could show at festivals to try and get funding, I guess.

Then we made Spring, and I was super-impressed with their filmmaking, their ideas, and with their creativity and their style. And then we made The Endless, and here we are.

MV: With “Spring,” were you working as they shot, or did you come in when the film was mostly complete?

JL: I composed that first thing before, and then I got a very late cut. They were almost picture-locked. I came in very near the end, and I think I did it in like a month. I wasn’t working or writing on the film as they were making it. 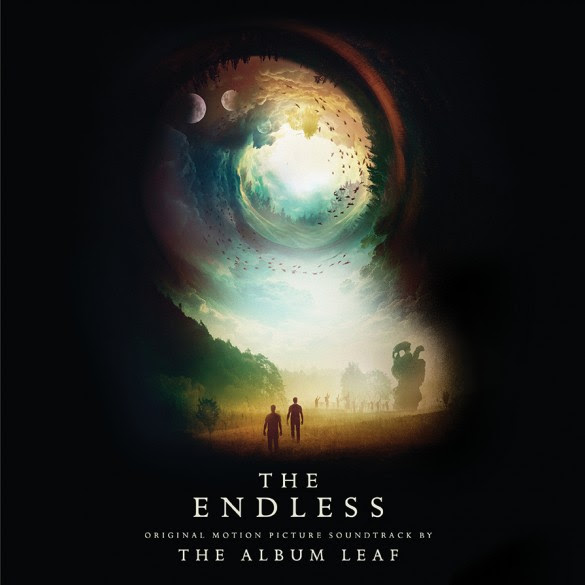 MV: Was the process for “The Endless” similar?

JL: A similar process for The Endless, for sure. I came in a little bit earlier in the process, but I was touring at the same time, so it was kind of juggle-y. I was out, and I tried to work on the road – and I did so with, like, a little bit of success, but for the most part, it wasn’t the most ideal situation. I got home and did much of the same thing [as Spring].

We met up frequently. They’re really good with direction. I guess it really goes both ways: they’re really good at directing, and I’m really good at having a sense of what they’re trying to convey, via a lot of non-musician director talk that you, as a composer, kind of deal with and learn (laughs). It was a pretty smooth process. They give me a lot of free rein to do what I want and to kind of approach things in a way that I’m looking at it or hearing it.

Basically, I mean – they have temp score around, and I kind of just strayed away from that a lot. I think I looked at a scene with a temp track once and just kind of got an idea of what they were going for, and then did my own thing. It was pretty cool and definitely smooth to do this film.

MV: How did you get into scoring to begin with?

JL: I’ve done The Album Leaf since 1999, which was when the first album came out, and before that, I was in a band called Tristeza. Throughout that, I guess I kind of established making instrumental music, so as I got a little — for lack of a better word — successful and got a bigger reach – when I signed to Sub Pop, I started to get some more licensing success.

My songs were being used in a lot of TV and film — mostly TV. I’ve had a lot of independent filmmakers, and student films, or low-budget documentaries, or this, that, and the other — people asking to use my music, and to license my music. I hadn’t really thought about scoring, or jumping in to be a composer. I was young, I was touring all over the place, The Album Leaf was doing really well. There wasn’t any reason to think, “I’m going to shift and start doing this” or “I’m going to start doing both” or something like that.

Basically, my wife [Kate Trumbull-LaValle] is a filmmaker, and she steered me in that direction to a degree. This is a funny story of how it pretty much all started: I played a show in Albuquerque, New Mexico, of all places. We were on tour with another band, and then another band got added to the bill. The bass player for that band – his wife, coincidentally, had just made a documentary about a girl with Apert syndrome (Torey’s Distraction), and had followed her for 13 years, and had used a lot of my music as her temp.

He gave me the DVD and I watched it, and I was like, “This is a really powerful story, I love the use of my music, et cetera, et cetera.” Then I was just like: “What if I scored it? You have other temp that you need to get cleared, too, but what if I scored the film?” That’s kind of how it started, in a way. From there, my wife, who is tied into the documentary community, introduced me to Kristy Guevara-Flanagan, who made a movie called Wonder Women! The Untold Story of American Superheroines, so I scored her film. From there, it led me to the producer of that film, who was good friends with PJ Raval, so that led to Before You Know It when he sought me out and I scored that film.

In the meantime, I had my own personal connection with Justin and Aaron, and I scored my wife’s films — I just kind of fell into it. I don’t want to say [it’s because] I got older, or as I stopped touring as much, or as I became a father, or I started to have a family — I mean, I definitely enjoy being home more and composing is fun, and I like it, so I’ve just started to focus on both, really.

MV: Before you really got into composing, you appeared on the “A Nightmare Before Christmas” tribute, “Nightmare Revisted,” doing the film’s end titles. Looking back, what’s it like to redo another composer’s music?

JL: You know, that’s interesting. I’ve never thought of that at all. It was a long time ago. It’s kind of funny, because the way that song came about was like, approaching it as a cover, obviously, but there were a bunch of tempo changes I didn’t know how to do, because I didn’t know how to do tempo changes in ProTools and time signature changes and stuff like that back then (laughs). Basically, I kind of fell into doing it in the sort of smooth approach that I did. It’s cool to think of that differently now. If I were to ever to have a powerful, memorable score like that, and to have someone reinterpret it. That would be kind of rad.

But as a composer? It’s definitely an homage or paying respect to how amazing of a composer Danny Elfman is. I actually got a handwritten note from him too, which is pretty cool.

MV: Well, you’ve definitely gotten over the tempo shifts, because there are so many modes the score for “The Endless” works in. The mood is consistent throughout, but there’s everything from ambient pieces to things I can only describe as “squelchy.” Are you trying to follow the action onscreen, or create a mood, or both?

JL: It’s a combination of both, plus kind of character. The squelchy stuff is modular. The drummer for The Album Leaf builds synthesizers, and he just recorded a bunch of ideas. Just him messing around on his synth, and he sent me probably 25 minutes of just crazy sounds. I then took those and layered them, grabbed chunks of them, and just kind of shaped them into a “monster theme.”

Anything that has to do with that — we never meet the monster, officially, in the film, and never see what exactly it is — but I kind of used its presence as the underlying story. There are many different sounds, and different kinds of squelching, but they’re all kind of the same motif, in terms of the approach to the mood of it.

Then, there’s the mystery between the characters, and what is going on and what am I believing and what is happening and why. There’s basically the story of them going back to camp and trying to figure out what’s happening. So, it’s just kind of a mixture of what’s going on on-screen, as far as the characters, and what’s the scene about, what’s the story about, what kind of character are we following, and thematically, I try to do that (match it).

And, obviously, scoring to picture and trying to make cuts and edits, trying to hit those moments of “startle” or “scare.” That’s really what I enjoy about composing: just trying to find those little elements and putting them all together. It’s like a big puzzle to me.

The Endless is available for preorder on vinyl from Eastern Glow Recordings. Stream the whole thing below.