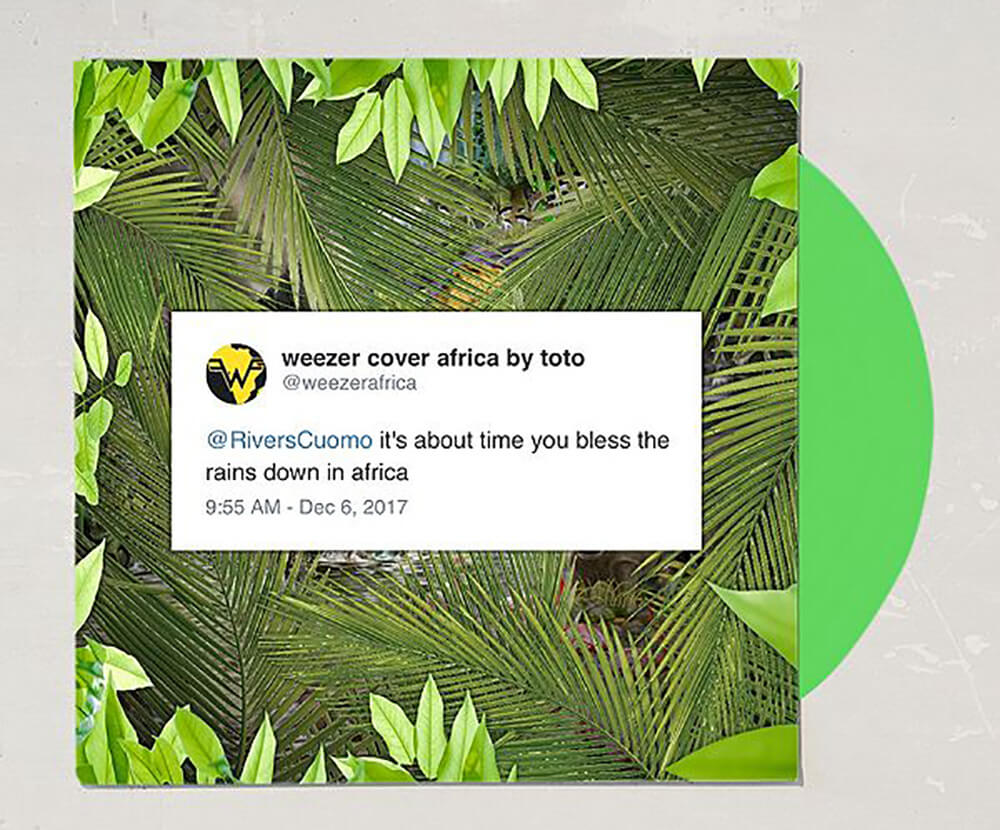 The Weezer “Africa” cover, which became a surprise radio hit for the band, is now available on 7″ vinyl through Urban Outfitters. They have a green variant limited to 1,500 copies and only available at UO.

It also includes their cover of “Rosanna.”