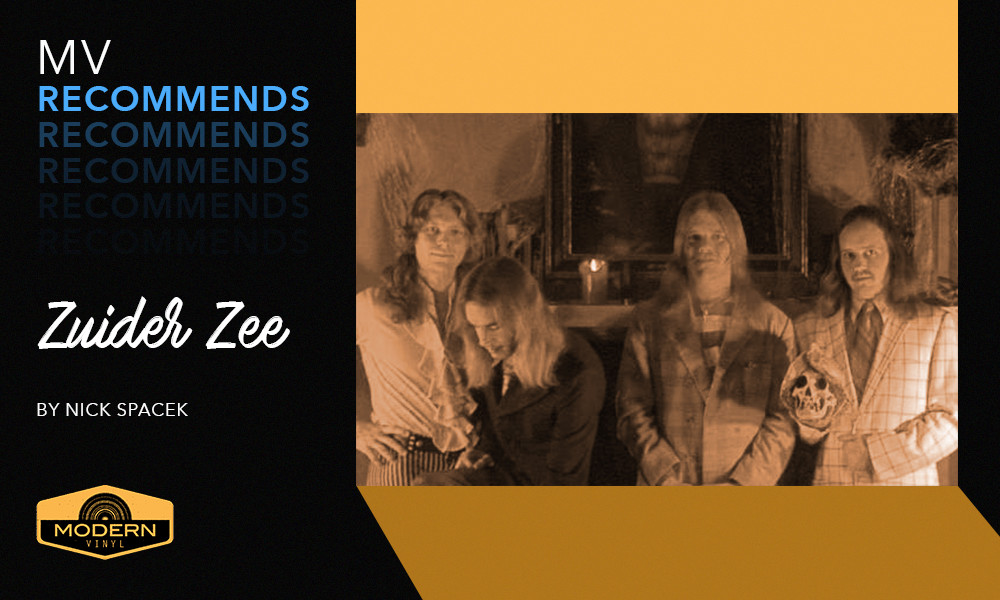 Memphis’ Zuider Zee has been described as “a hybrid between T-Rex and Big Star,” and damn if that’s not accurate. However, for those who even remember the band’s sole release on Columbia Records, it’s fairly well acknowledged as a suite of great songs tainted by overproduction. Despite these failings, frontman Richard Orange sounds just like Paul McCartney, and the Badfinger flavor to Zuider Zee’s sounds could have easily propelled them to stardom in a parallel universe where everything is just and right.

Sadly, Columbia didn’t even release a single for the self-titled LP, and even in an age of FM radio and deep cuts, the band disappeared. The LP came out in ’75, the band ended in ’76, and aside from some blog posts over the years celebrating the small joys of that self-titled, there wasn’t much doing regarding the band. That is, however, until I got an email back in February that Light in the Attic was going to release Zeenith, a collection of 12 songs never-before-released from the Memphis rockers.

My hopes peaked at being pleased by some new stuff from a band I remember enjoying here and there over the years. What I got was so much more. Zeenith is, to be certain, a collection which ought to stand up next to Death’s For the Whole World to See as an example of perfect lost albums. These tracks were essentially demos Zuider Zee recorded between 1972-74, and each and every one of them can punch the self-titled Columbia release right the hell out. These tracks are raw enough to give the listener an inkling of what the band might’ve sounded like live, but with enough hooks and melody to demonstrate that this wasn’t just some unknown bar band.

Big, crunchy riffs exist alongside soaring melodic lines, with maybe the finest integrated use of organ in pure rock ‘n’ roll. There are cuts like the opener, “Haunter of the Darkness,” as well as choogler “Lana,” which boogies along like a Southern-fried Cheap Trick. But the real treat is hearing how Zuider Zee switches between those and the Tyrannosaurus Rex psychedelic folk of “Ackbar Didedar” and “Better Than All the Others.”

Zeenith is the sort of album people hear — as have a couple of my friends — and assume that it’s obviously this big thing they’ve never heard of. The sheer concept that Zuider Zee’s demo recordings are this top-notch and have been sitting around for over 40 years is jaw-dropping. Here’s to hoping that, as the record sells, and people clue in their friends, that it starts to become something better-known.

Zeenith is available on vinyl from Light in the Attic. Colored vinyl is sold out, but black is still available.