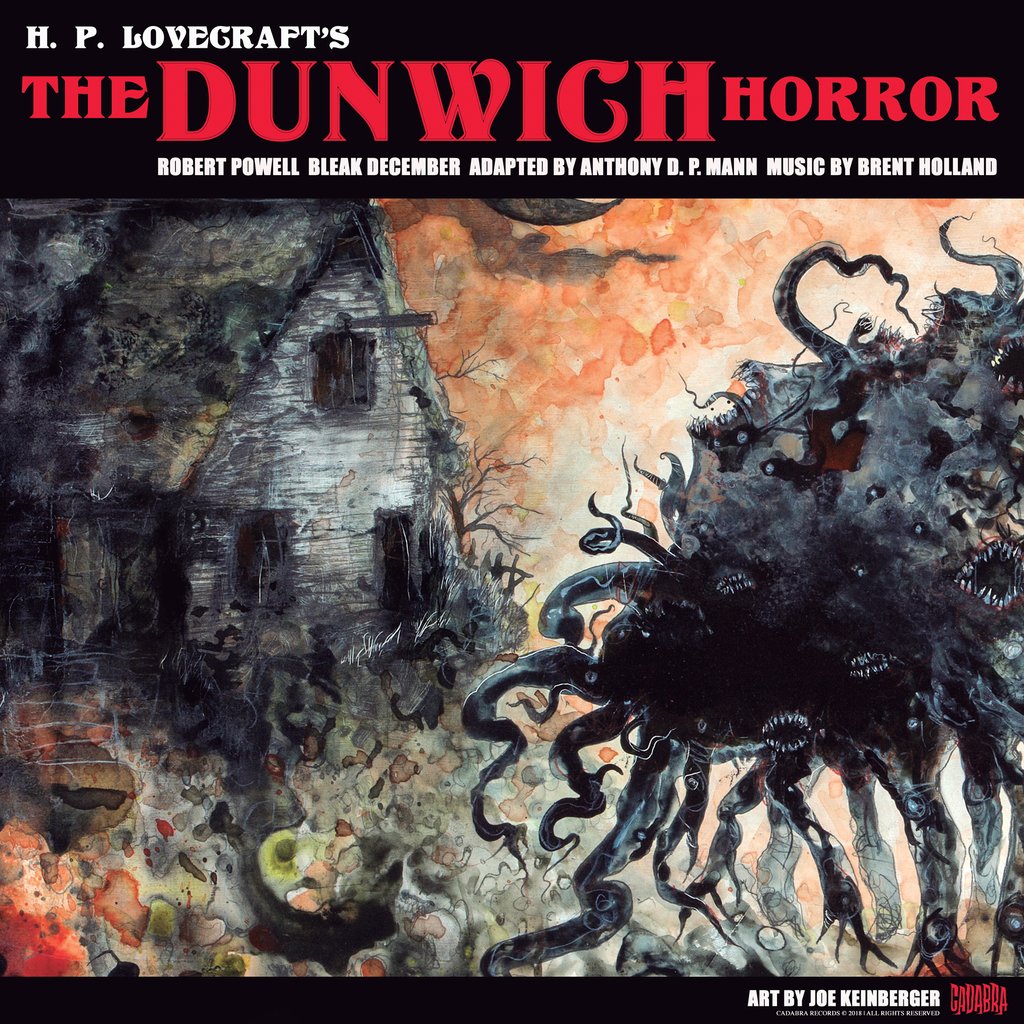 An abridged audio play of H.P. Lovecraft’s classic The Dunwich Horror is on sale now at Cadabra Records. The 160 gram color vinyl offers liner notes by producer Anthony D.P. Mann as well as an 18″ x 24″ promotional poster. Details below:

Mr. Powell, who has enjoyed an illustrious career that has spanned over 50 years (including his star-making turn as the lead in Franco Zeffirelli’s classic, Jesus of Nazareth), voices Dr. Henry Armitage in our production – a mysterious librarian and expert in the occult who must do battle with a fearsome fiend from another dimension. Although Lovecraft’s tale has been adapted for film and audio before, Bleak December’s production promises thrills and frights with an equisite original score by composer Brent Holland.