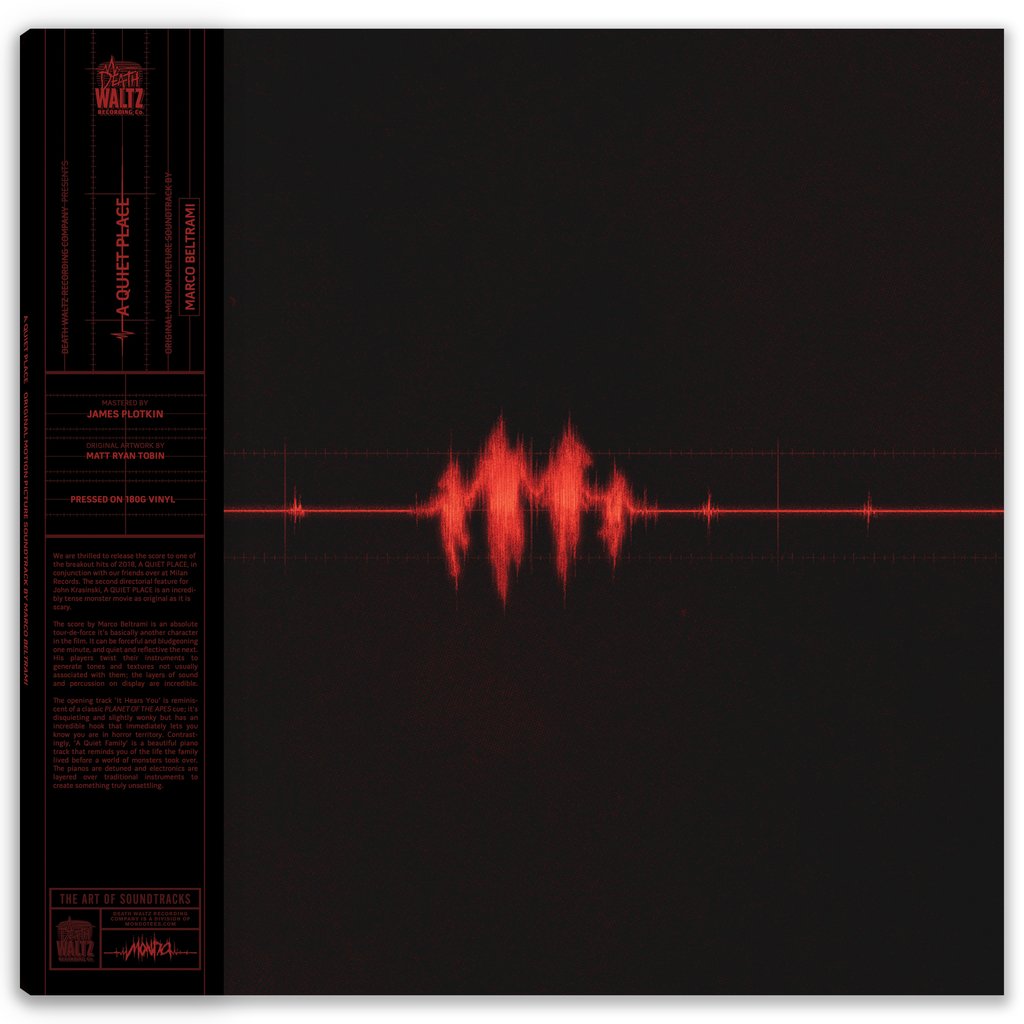 Good Charlotte’s upcoming album, Generation Rx, is now up for preorder at their webstore. They have a green variant, along with some stickers. Amazon also has a preorder but no pressing details.

The Story So Far releasing deluxe edition of ‘Proper Dose’

The Story So Far’s new album, Proper Dose, is now available in a deluxe vinyl package (but no standard?). It’s a 2xLP, 180-gram colored vinyl set, limited to 1,000 and including a 16-page book.

‘A Quiet Place’ soundtrack being released through Death Waltz

The Marco Beltrami-penned score to A Quiet Place is now up for preorder at Mondo/Death Waltz. Their variant is a red/black, color-in-color.

Art is by Matt Ryan Tobin (pictured above). Records will ship out in late September.

The run of vinyl from The Killers has continued, this time with a new orange variant of Hot Fuss. This is an exclusive at Urban Outfitters.