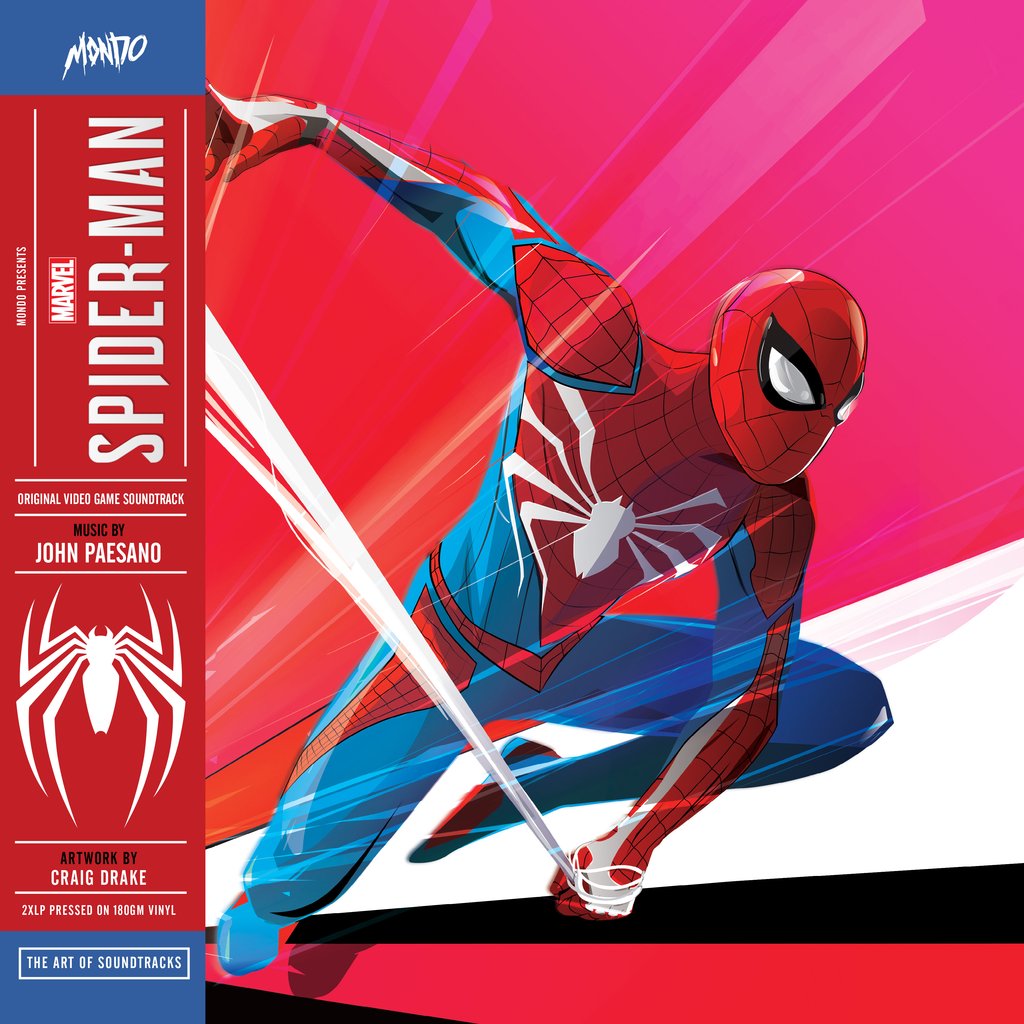 The soundtrack to the upcoming Playstation 4 Spider-Man game is getting released on vinyl through Mondo. The 2xLP set is being housed in a gatefold jacket, on 180-gram red/blue with black swirl vinyl (you can also grab it on 180-gram black). The music is by John Paesano.

This was announced today at Comic-Con and is now up for preorder. Art is by Craig Drake.