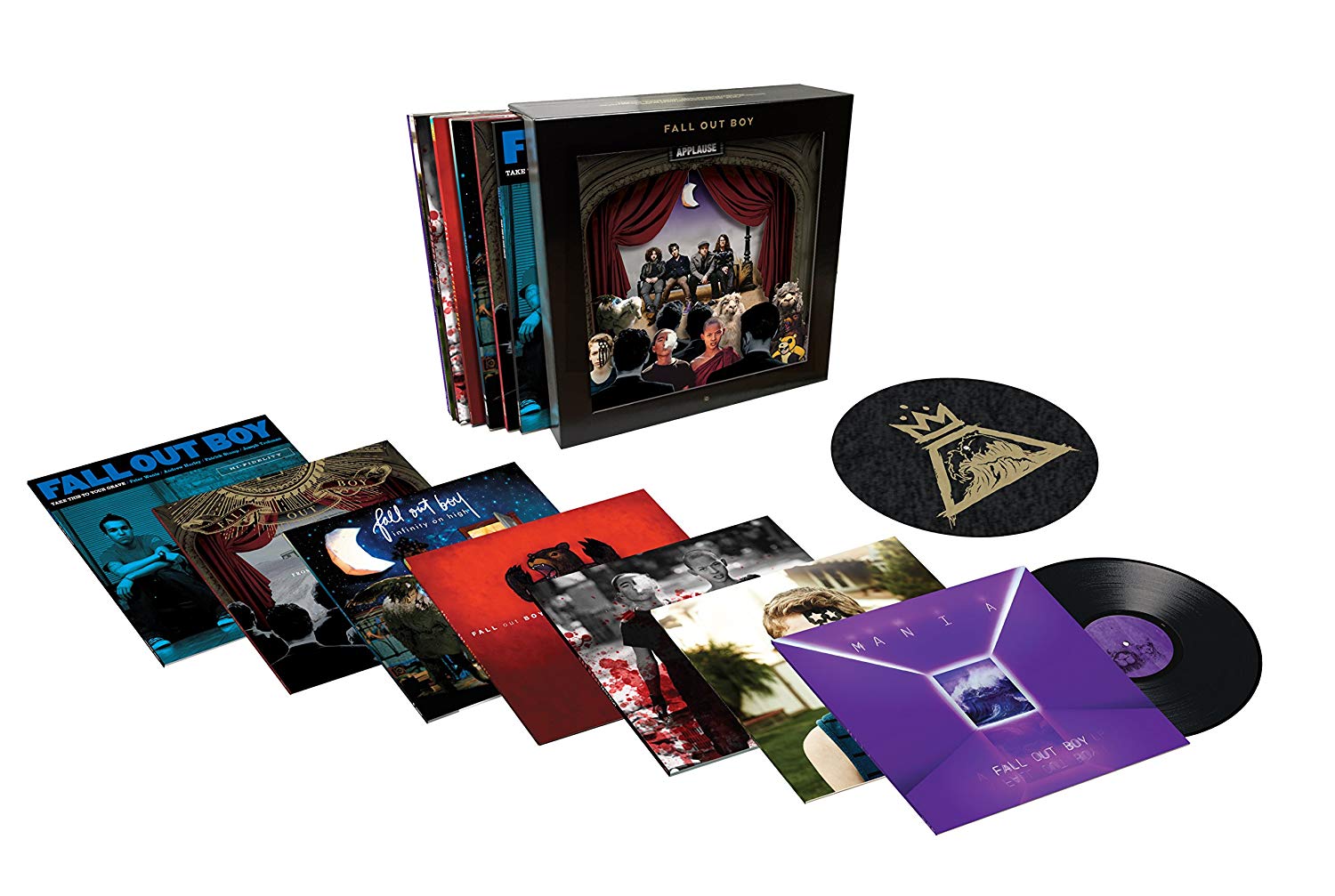 This September, Fall Out Boy will drop a vinyl box-set, including all their studio albums. The box will include the albums on 180-gram black, while there will also be additional reissues later this year on colored vinyl. That’s listed below. In other words, if you don’t have the discography and you want it, this is your year.

American Beauty/American Psycho (180g black & white swirl), Folie À Deux (180g opaque brown), From Under The Cork Tree (180g red & black split), and Infinity On High (180g clear with red splatter), all on 26 October. Then, on 14 December, Save Rock And Roll (PAX•AM Edition) will become available for the first time ever as a 2LP set on 180g red vinyl with black smoky swirls.

The Save Rock and Roll will be the Pax-Am deluxe edition, which is being released on vinyl for the first time, while the From Under The Cork Tree release will also be the deluxe tracklisting.

The set is coming out on Sept. 28. The preorder link at Amazon should be live soon.