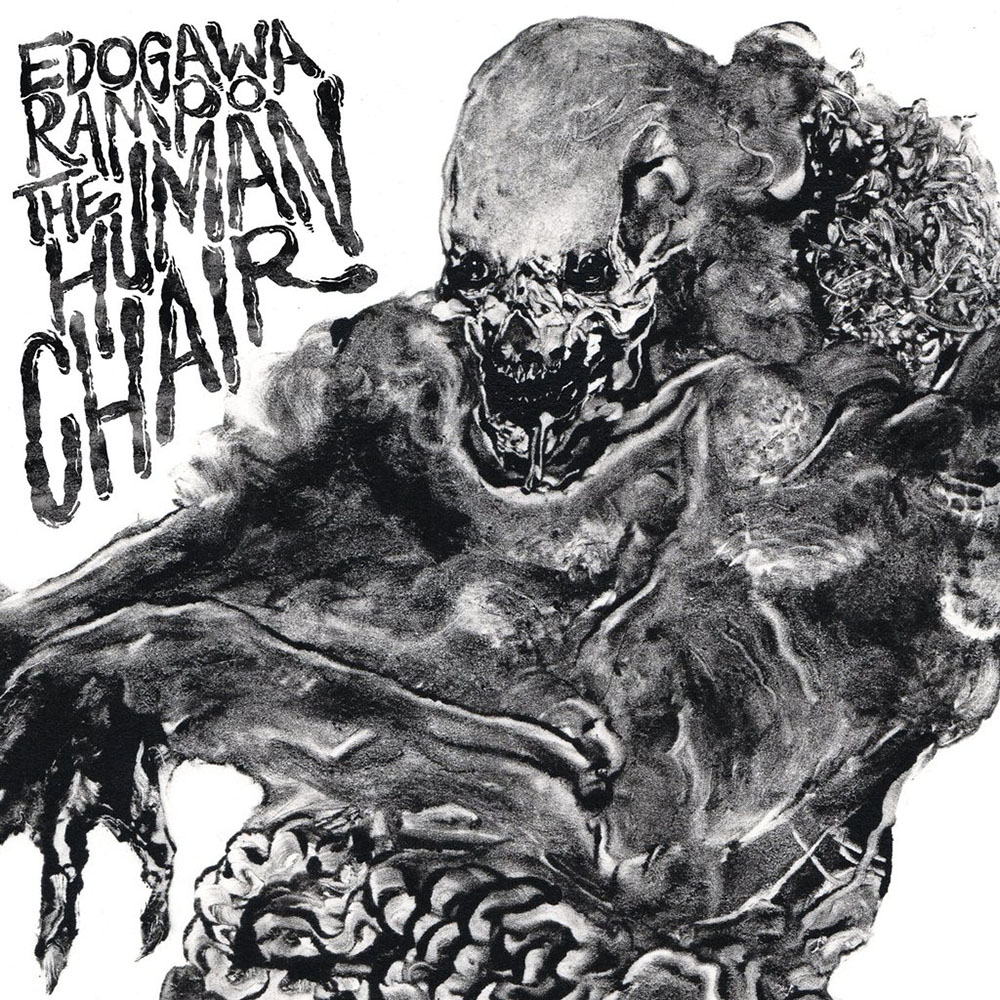 First published in 1925, “The Human Chair” is a short story by Japanese writer Edogawa Ranpo that documents a lonely chair maker’s compulsive need for human companionship. Ranpo’s bizarre and unsettling tale is brought to life by actor Laurence Harvey with music by The Slasher Film Festival Strategy. It’s a true marriage of form and function, with Harvey’s subdued and vulnerable narrative style overlayed by the heavily arpeggiated synth sounds of SFFS.

The artwork on this release is stunning, featuring hand-lettering by Sam Heimer over a swirly black and white illustration by Grady Gordon. The narrator of the story describes himself as grotesque, and Gordon’s cover art expands this into monstrous territory.

The vinyl itself is a milky white color at a weight of 160 grams. As with all of Cadabra’s releases the sound quality is superb with no pops or clicks detected.

Designed to mimic the sound and feel of an old instructional record, this nightmarish tale is taken from Jon Padgett’s 2016 book “The Secret of Ventriloquism” and is read by Padgett himself. The story starts quite benign with only slight pitch variations before degrading further into surface noise and hiss (all by design) as the narrator guides you through talking with and controlling your dummy. There is no music present, but lots of great sound design to keep you interested in the production.

The vinyl is a gorgeous transparent yellow with dark black label, matching the color scheme on the sleeve. The art by Yves Tourigny and Dave Felton features the ventriloquist as both human and skeletal, adding the perfect visual element to the dark and dreary story.

“The Human Chair” and “20 Simple Steps to Ventriliquism” are both available for purchase at Cadabra Records.