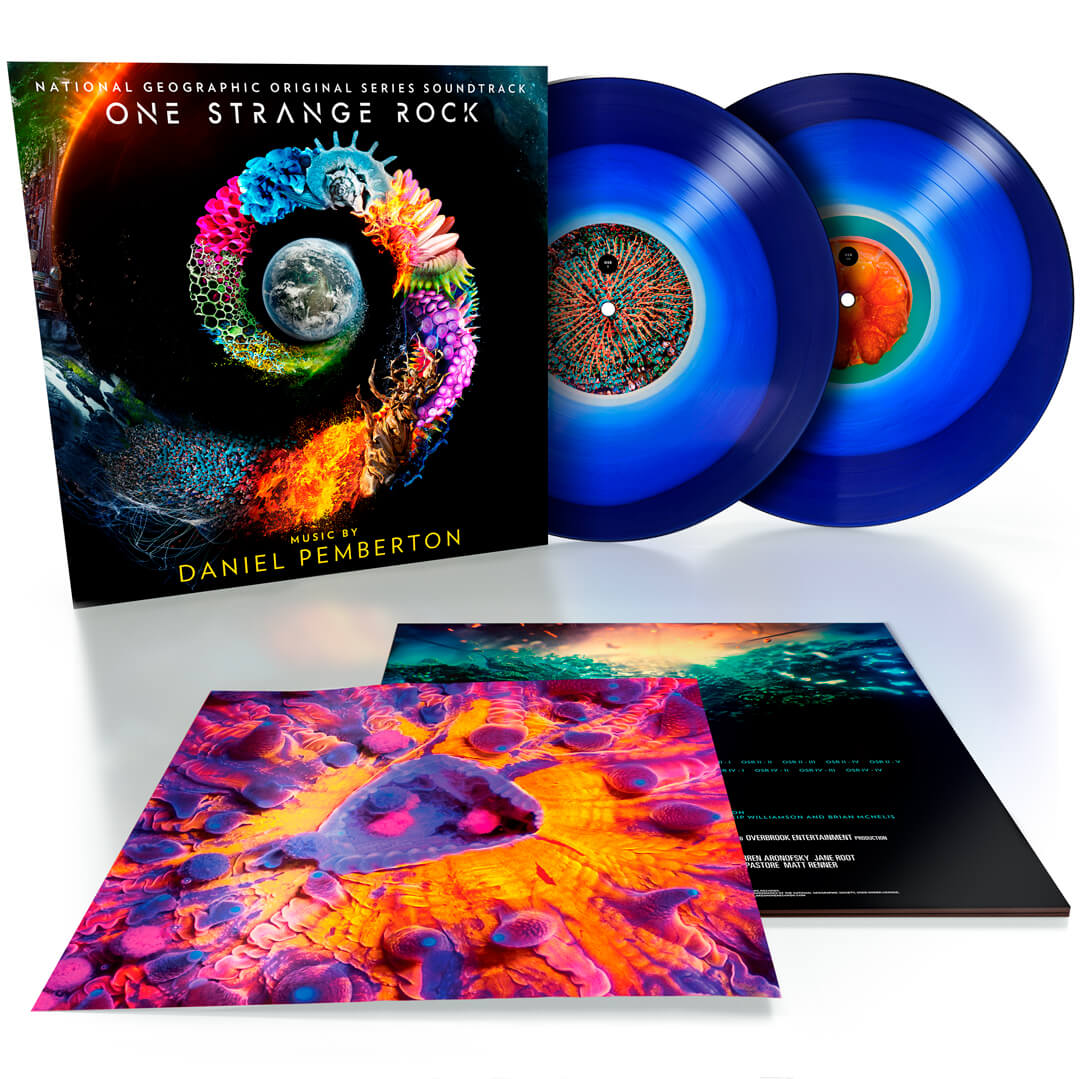 The score to documentary series One Strange Rock, by Daniel Pemberton (Molly’s Game, Black Mirror: USS Callister, Ocean’s 8 and more), is being released on vinyl through Lakeshore Records. It’s being released on blue/white vinyl (shown above), limited to 500 copies.

It’s going to be priced at $34.98. It will be released on Oct. 5. According to the Lakeshore press release:

“Much like how Darren Aronofsky and the rest of the team wanted ONE STRANGE ROCK to feel radically different to anything like it before, I wanted continue that ethos with the soundtrack album,” says Daniel Pemberton. “I wanted to make it much more of an immersive listening experience than just a standard collection of cues from across the series—something that reconnects you with the stories, the visuals and the world when you hear it.”

Pemberton created a special listening experience for the soundtrack recording. “I’ve tried to make music that could only exist right now,” he explains. “But I wanted the listening experience to harken back to classic albums from the 70s by artists like Pink Floyd or Vangelis—albums you’d play all the way through. The soundtrack is broken down into four parts—one for each side of a double LP. It’s a continuous musical trip made for listening and not shuffling.”

Listen to the score below.