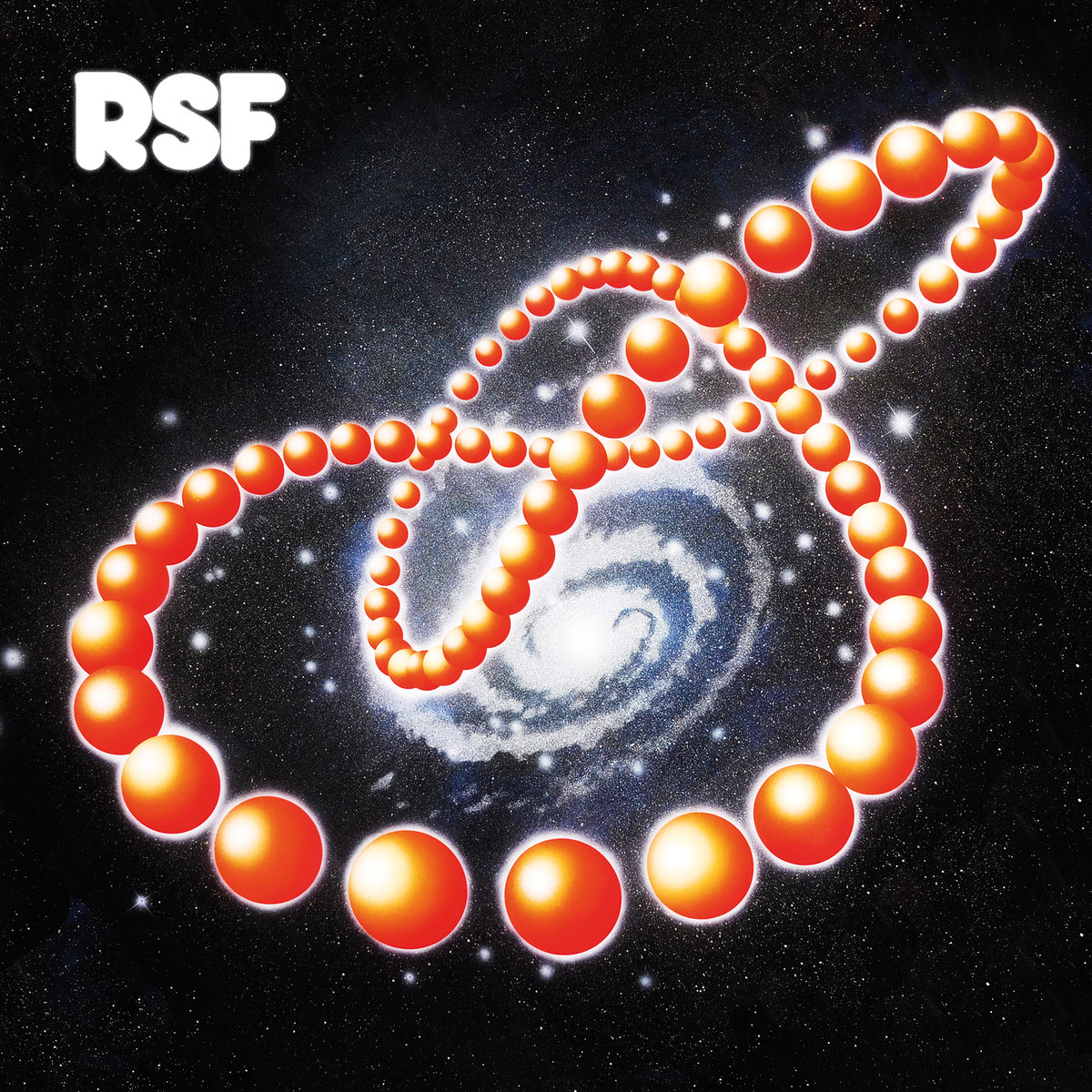 Warning: NSFW artwork at the bottom of this post.

RSF stands for, and is the alias of, London producer and arranger Roland Sebastian Faber, who’s done work for Boy George and George Michael, along with production on the Marc Almond and Starcluster  Silver City Ride last year. He’s dropped a few tracks throughout the years, under too many monikers to count, but this marks his first full-length under the RSF name.

The label describes it as “a continuously [sp] forward moving mesmerizing electronic/technoid trip through space and time,” and there’s definitely momentum on RSF, but it’s a frustrating trip at times. Opening track, “Valentino,” is cosmic disco from the moment it starts to spin, and “Chez Konrad” certainly feels like it stepped out of an Italian nightclub, circa 1982, and both are quite fun.

However, several of the tracks — “Michael,” “Beduine,” and “Urban Frost,” specifically – start off promisingly, only to spin their wheels, going nowhere, for the majority of the lounge realm song. It’s not really until the penultimate “Loeffelkinder” and album-closer “Midnight Runner” that RSF hits anything really memorable, and that’s almost more due to the fact that the former’s guitar line dances dangerously close to “Another Brick in the Wall, Pt. 1,” and the latter’s Giorgio Moroder worship.

The cover artwork is by Emil Schult, who’s best known as the artist behind Kraftwerk’s Autobahn, Radioactivity, Trans Europe Express, and Computer World, along with co-writing the title tracks to the first three albums in that list. It certainly makes RSF look like it came out of the past, although the vinyl inside is way nicer than you’d likely find for a vintage electronic album. There’s no thin, floppy wax here: it comes pressed on orange splatter wax, which almost looks like it’s a wild jungle cat.

It’s definitely a well-pressed album, and it does the disco aspects of the cuts well; this bangs, to be sure, but it’s unfortunate that the songs themselves don’t slap a lick. 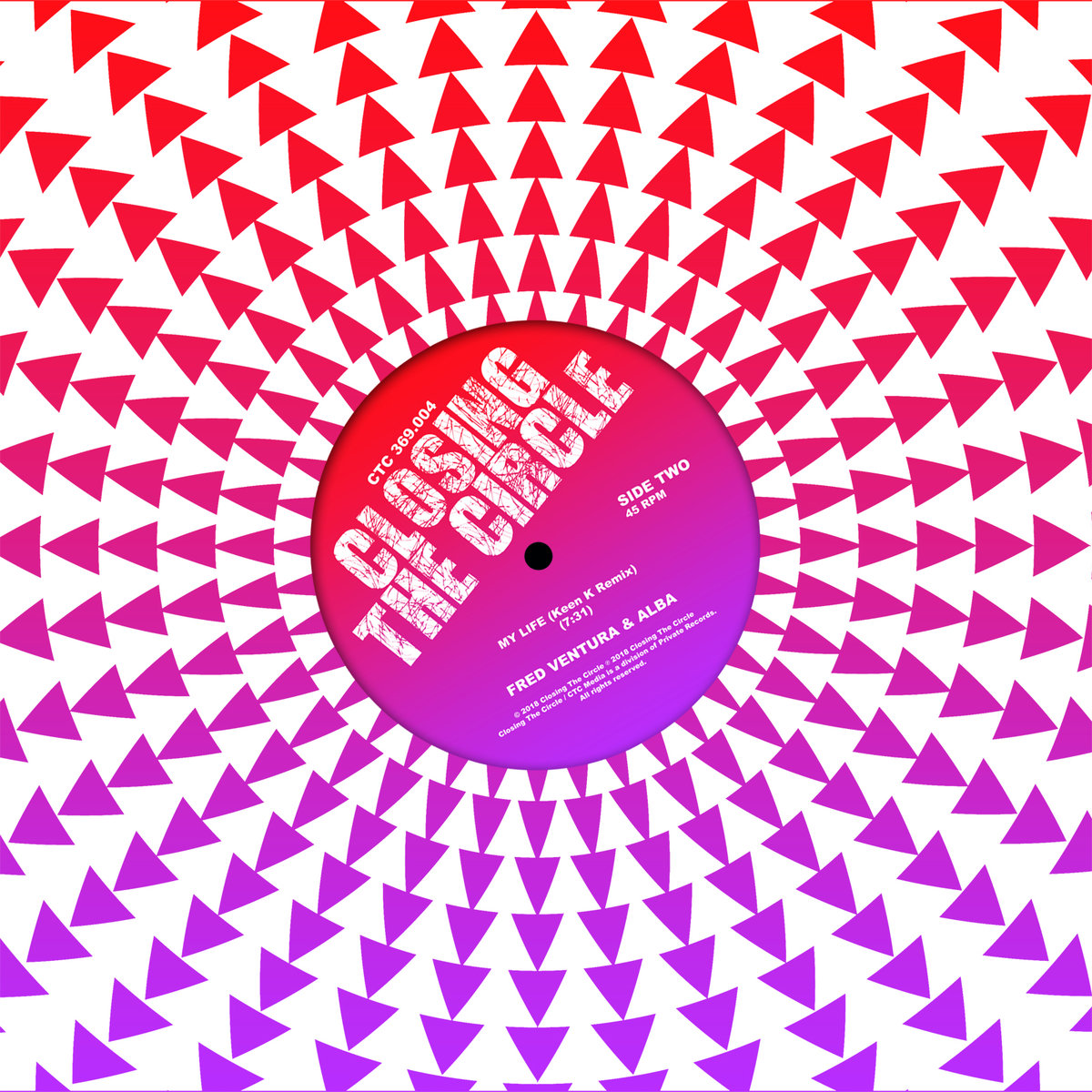 It’s rare that I prefer the remix to an original, but the Keen K take on the B-side of Fred Ventura & Alba’s “My Life” 12-inch single is far more fun than the A-side original. It can almost be seen as a further progression of the track, which evidently began life as a demo in 1984. Actually, the press for the maxi-single describes it as being based “on an old musical sketch,” which usually means that there’s just a melody and a beat.

So, there’s that sketch, rediscovered, and then fleshed out into the “My Life” track, which has some pretty swell disco backing vocals from Hannah and Steffi Funke, and it bounces along for the the six plus minutes of its runtime. The synth handclaps brought me in, but it’s the jangly acoustic guitar about halfway through, during the breakdown, which made me love it.

However, while Keen K’s remix doesn’t add a whole ton to the production, it beefs everything up enough to where “My Life” fairly resounds with extra percussion. There’s a bit of an avant-garde drum break synth thing I’m not too fond of in the middle of the track, but it’s there and gone in a few seconds, so I’m willing to forgive it in favor of the beefed-up sound and slightly-increased tempo. I don’t know if this is synth pop or Italo disco specifically, but I certainly enjoy it, either way.

The 12-inch is pressed on black wax, and features the usual stellar production one would expect from the label. The disco sleeve is a nice touch, and surprisingly eye-catching. 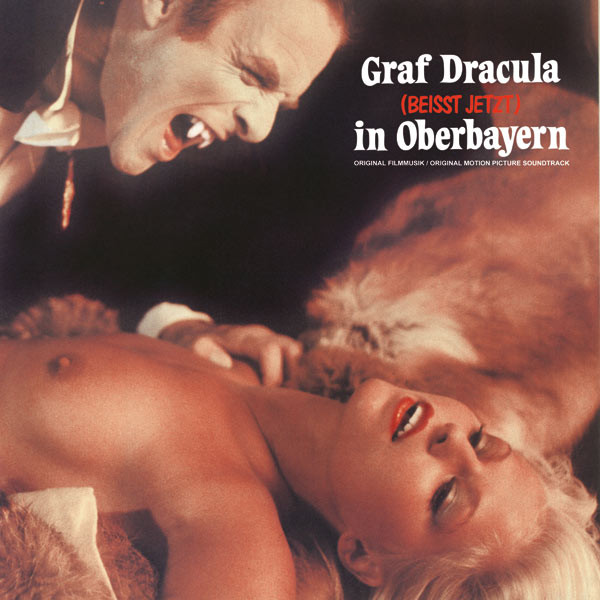 For as many films as Gerhard Heinz composed for – nearly 80, between 1961 and 2003 – he’s virtually unknown in the United States. Thanks to the impressive reissue campaign by Private Records subsidiary Vagienna, however, his rather more adult film scores are making their way into the hands of collectors who dig his erotically-charged, disco-influenced work.

Graf Dracula Beisst Jetzt in Oberbayern, aka Dracula Blows His Cool, is the unreleased score to the 1979 film of the same name, which is described thusly:

Graf Dracula owns a castle in Bavaria which is highly frequented by German Playmates & models. The reason seems to be his castle discotheque, ‘Drop In.’ Located in the basement of the castle – only the most obscure psychedelic space disco lands on the turntables and no rules for wearing clothes seem to exist!

Sounds bonkers. The trailers for the film online definitely violated the safety filters on my computer, and I’m glad I didn’t try to do research on this release at the coffee shop. It’s very….’70s.

The music, however, swings between standard creepy horror music of the Universal Pictures variety – very baroque – and the crazy disco stuff, which is far more entertaining. The opening cut, “(Dracula’s) Castle Discotheque Theme,” sounds an awful lot like the B-52’s “Planet Claire,” released the same year. It could just be coincidence, but that surf guitar line has us suspicious.

The other disco cuts — “Disco Striptease,” “Rock Me Dracula,” and “Beautiful Model” — all manage to rock a dancefloor, although I am super-curious as to how they fit into a movie which is ostensibly a Love at First Bite knock-off loaded with nudity.

The vinyl sounds pretty strong, although the interstitial pieces are a little weaker than the full-length tracks. It’s nice they’re included, but it does detract ever-so-slightly from the overall quality.