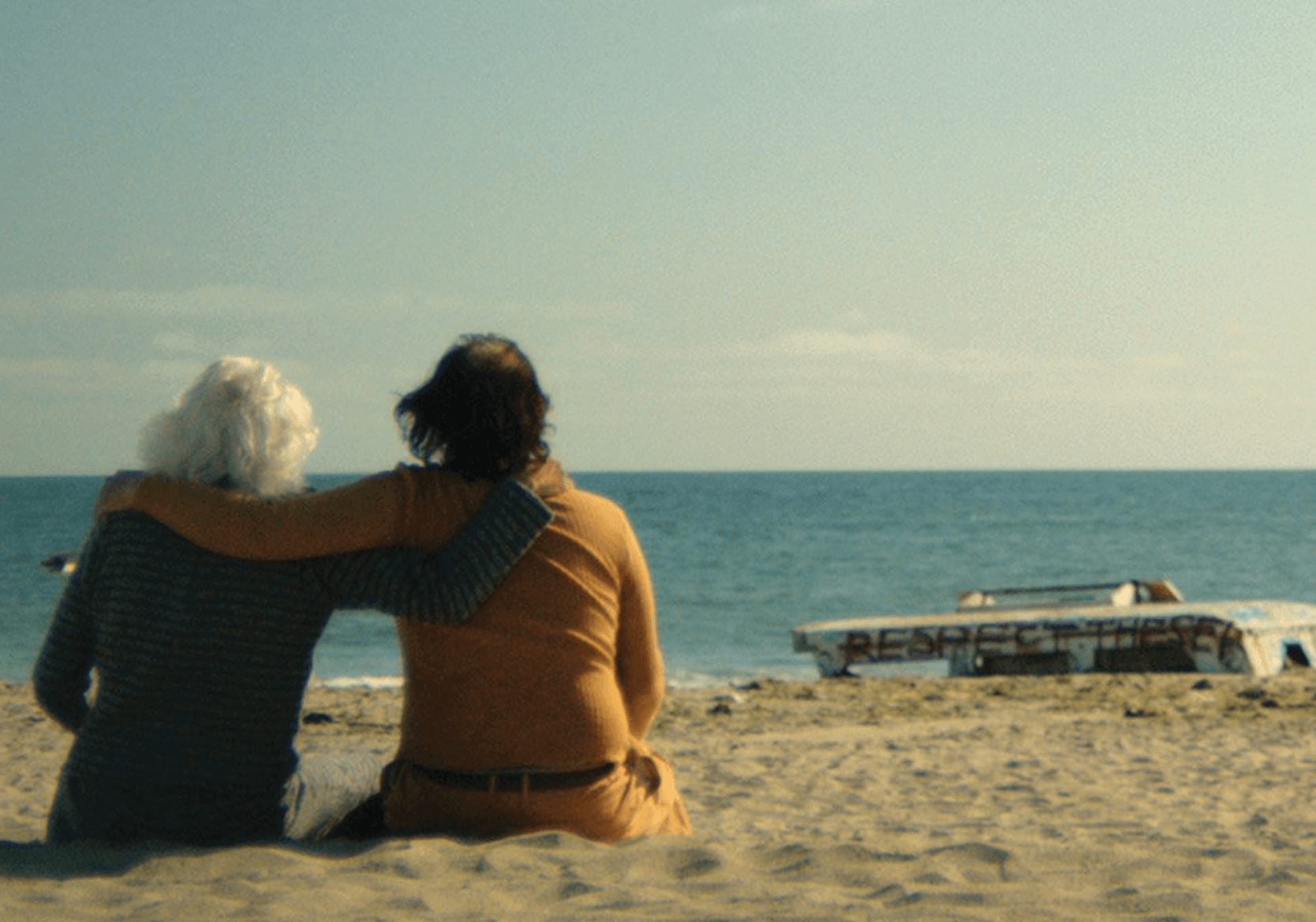 “People like milky coffee. Why not put a little grease in your coffee?”
Big Ronnie, The Greasy Strangler

Editor’s Note: This was submitted a while ago. Like a while ago. It unfortunately got lost in the shuffle at some point, but I still wanted to publish. And it’s still on sale in both of its variants!

At its root, The Greasy Strangler (directed by Jim Hosking) is a story of father and son. It just so happens to also be the story of a serial killer who covers himself in grease, strangles his victims to death, with their eyes sometimes shooting out of their head, and then ingests them. The Greasy Strangler, usually described as “gross,” “nasty,” and “tasteless” is truly a strange, greasy spectacle. The film is chock-full of odd looking and odd acting characters, some of which are naked 90% of the film (full frontal btw — with disgusting — comically fake male appendages put right in the viewer’s face). It’s full of awkward comedy — with jokes that go on way too long — acting so bad you question if that was the intention (probably was), and truly disgusting and uncomfortable moments that should make you question your film-watching judgement. To put it bluntly, the film is completely ridiculous: there is a moment where Big Ronnie (Michael St. Michaels), the father figure in the film, puts his feet behind his head, and farts in the face of his son, Big Brayden (Sky Elobar). Yeah, it’s that kind of movie. There seems to be no hidden moral subtext of the film, no intellectual commentary about society, or the human condition, and that’s OK. The Greasy Strangler is an exercise in the tasteless, with a little heart thrown in.

The film sports a unique and entertaining score from Andrew Hung (of Fuck Buttons fame). It’s a wacky piece of music that pairs well with the oddities of the film, driving the strangeness forward until its ridiculous end. If you are into the occasional strange electronic tune, the score also serves well as an interesting and engaging piece of music. The soundtrack is full of upbeat, perky synth tracks, were Hung utilizes children’s keyboards and chip-tune vocals to create the music. Each tack is catchy and memorable, with the theme of the film replaying in my head at the slightest reminder of the movie. If you’re not calling your friends “bullshit artists” after watching, this film was definitely not for you.

Instead of going for any illustrated artwork as they usually do, Death Waltz opted for a simplistic, fairly “traditional” vinyl release — though nothing related to this film can really be called traditional. What’s presented on the cover is still from the film — Big Ronnie standing naked in front of a car wash, having just had all the grease removed from his body, his gigantic, comically gross, prosthetic piece on full display. It’s a recurrent image throughout the film. The plastic shrink wrap the vinyl comes in has a bright pink sticker with the title, which cleverly covers the long appendage that is at one point described as looking like a “massive mouse head.” Once removed from the plastic, you have a fairly sturdy gatefold package, as expected from Death Waltz. The gatefold image is another still from the film, this time being from one of the more heartfelt moments (there are few). The entire package was designed by vinyl artwork veteran, Jay Shaw. The vinyl itself is a hot-pink (named “Shocking Pink”) 180-gram disc. This copy was ordered from Amazon, and does not seem to have the “white greasy splatter” mentioned on the Mondo website at the time of release.

Being that this film was such a low-budget project, I was worried about the audio fidelity of the vinyl. Fortunately I was wrong to be worried; the vinyl record sounds crystal clear on my high-definition system. I did not recall hearing any abnormal pops or clicks throughout the entire play through.