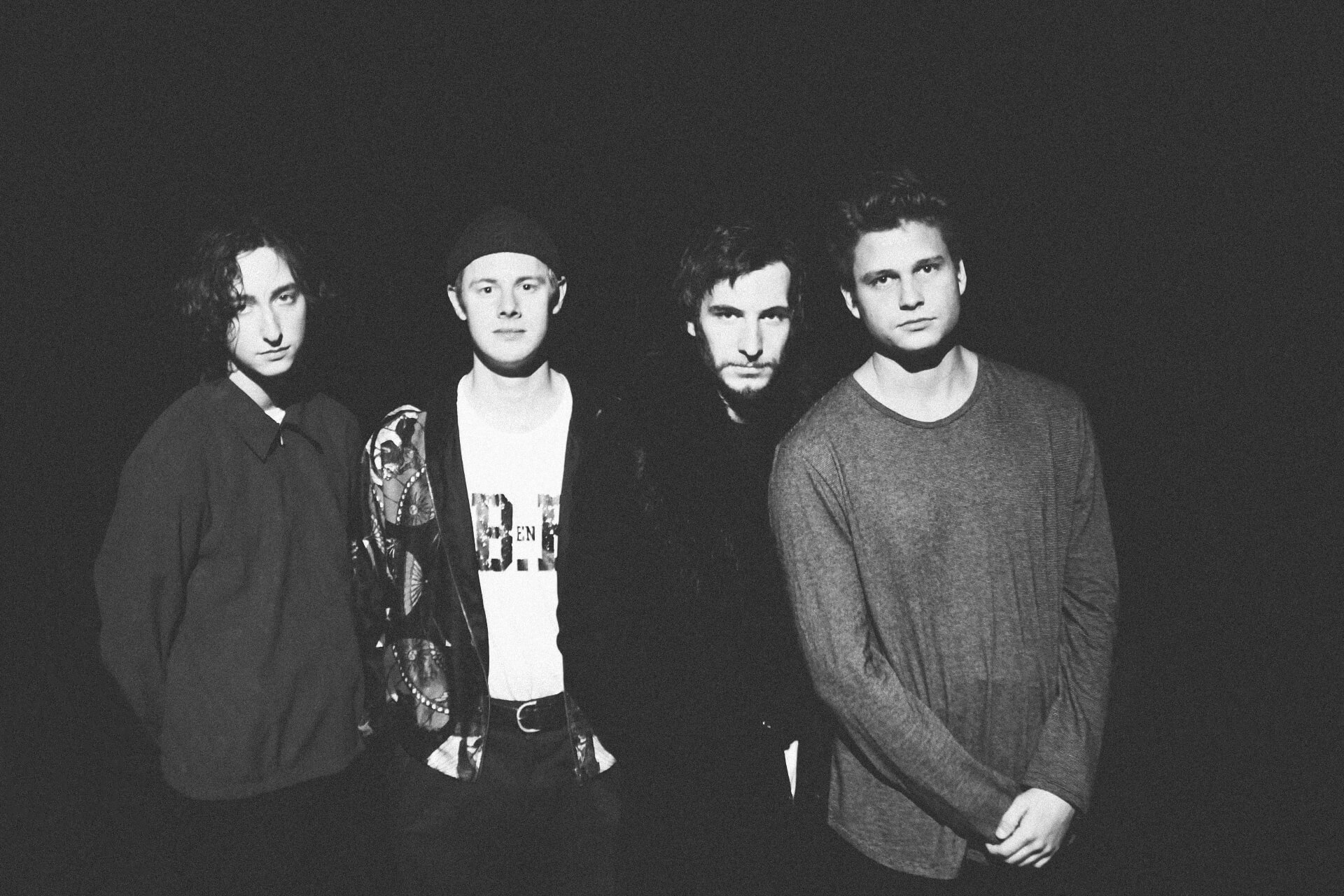 Tracklisted takes on two forms. It either presents a collection of songs under a selected theme, or allows a visiting artist to detail the influences relating to recent work. Click on the provided playlist and take in this week’s arrangement while you read a few words about the selections.

Taylor “Sleezy T” Hecocks and David “Big Dave” Noble make up one-half of King Shelter, an alt-rock band who claim Southern California as their home base. They recently released $hame, their debut album, via Orange County’s Broken Entertainment Records. $hame finds the quartet experimenting more than they did with their EP Failure, blending together impressive guitar melodies with noisy production. Together, Sleezy T and Big Dave shared with us some of their favorite songs, plus some neat musical memories attached to them.

This band means a lot to me. They’re a band that made great music and never broke, eventually having to call it quits. That’s how I always feel, that no one cares and that they never will. That’s how this song feels; just at the end of the ropes. Being in a REAL band is shitty and these guys know it best.

Modest Mouse — Parting of the Sensory

Another band that had to work their asses off to see the payoff, earning my utmost respect. This song talks about the cycle of life and death, a topic I’m incredibly fascinated by. And also you feel like an emo pirate when you listen to this record so that’s always sick.

What can I even say? Some of my favorite guitar parts; they way they work together is something to envy. Thom’s lyrics are so beautifully written. His metaphorical depiction of depression and complacency is worthy of my admiration.

Radiohead — A Punch Up At a Wedding

Another tune where Thom displays his ability to make a grove and a pocket, at whatever tempo. Again, we have a melodically incomparable song.

I remember my brother giving me this album as a kid and it blowing my damn mind. I went through the entire Kanye discography in March and LR did it to me again. SO MANY BARS, SO CHI TOWN and still way ahead of its time. If you think it’s a throwaway line, it’s probably just going over your head.

Emael — The Boy Who Melts the Sun

Some of the best composers I’ve ever met. Love this single off their new album; makes me want to be a better musician.

KRS One — A Friend

I started listening to Slayer in order to justify wearing their shirts.

Gorgeous vocal performance and composition. I love singing along mediocrely more than most things.

The Mint Chicks — If My Arm Was a Mic Stand, Would You Hold My Hand

Love the time signature and energy. Been stuck in my head since ‘nam.

$hame is available now, via the band’s webstore, where you can pick up the record as a CD in a bundle with their Failure EP, as well as some other King Shelter merch pieces, like T-shirts.