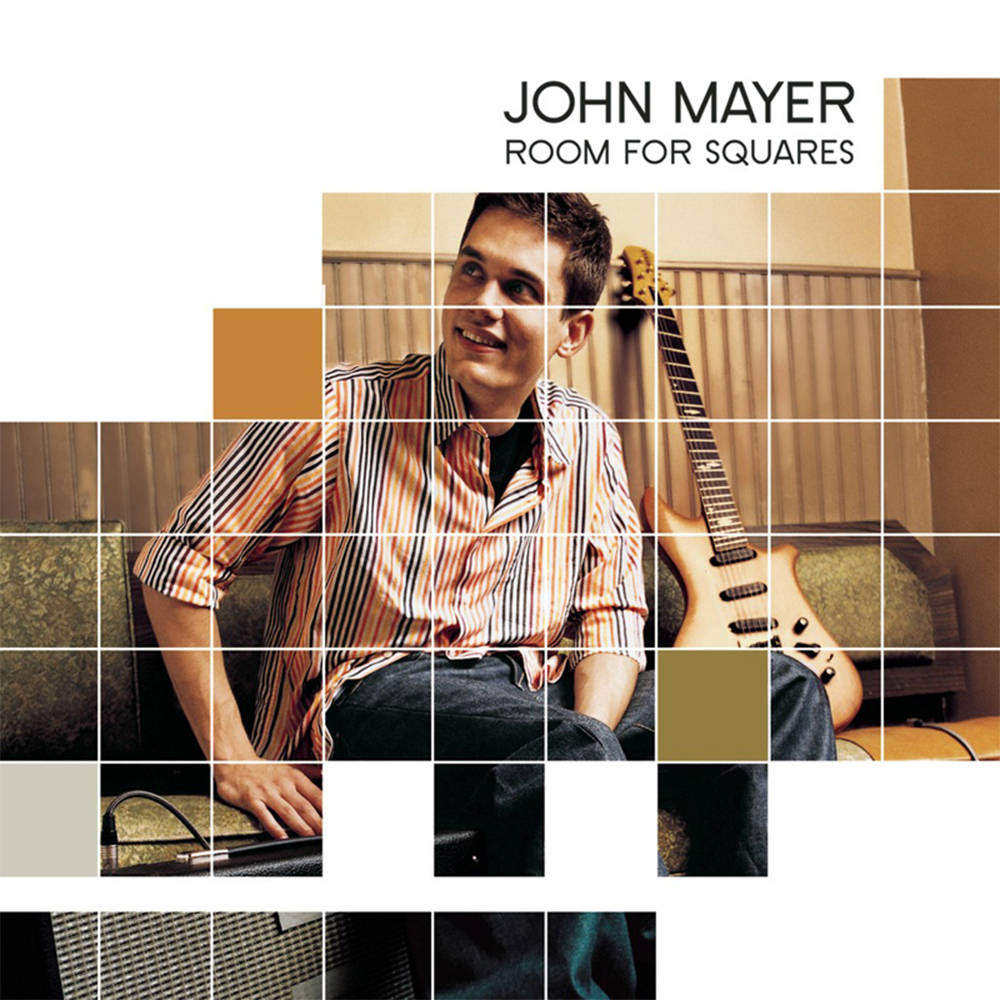 John Mayer is a complicated kind of pop star. Most admirers cite his guitar chops as exhibit A, and it’s tough not to: whatever you think of the stupid shit he’s said or done over the years, Mayer is an objectively remarkable musician. Most haters, meanwhile, tend to circumvent his music and go straight for his personal life, along with his misguided remarks. In the eyes of those, Mayer’s an objectively great guitarist, but he’s also an objectively bad person. I don’t particularly agree with that assessment, but in any case, it’s undeniable Mayer has much baggage to pair with his celebrity. When he releases an album these days, he’s not just “John Mayer: singer/songwriter/guitarist”; he’s “John Mayer: the dude who gave that awful Playboy interview.”

Because of that baggage, it’s almost surreal to look back at a time when Mayer was just a singer/songwriter. I personally remember that era pretty well: Mayer’s second record, 2003’s Heavier Things, was the first album I ever bought with my own money. 2001’s Room for Squares, meanwhile, was a CD my sister owned, positioning Mayer as one of the only early-2000s pop artists I could stand. Naturally, when I started collecting records and found Squares for a sub-$10 price, I sprung for it immediately. Hence, the album’s arrival on this week’s edition of “Random Pull.”

Anchored by a clean-cut photograph on the album cover (and by the sugary-sweet hit single “Your Body is a Wonderland”), Mayer emerged here as a teen pop heartthrob for the new millennium. But under disguise of the hooky, pop singles (songs like “No Such Thing” and “Why Georgia,” which remain radio staples a decade after release), Squares was a preview of the sonic territory Mayer would bridge as he delved further into his career. “Neon” was one of Mayer’s earliest forays into the kind of blues-infused pop music he would execute so brilliantly on 2006’s Continuum, while the scorched-sunset folk of “3×5” could have fit as well on 2012’s Born & Raised as it does here. Mayer was already every bit the guitar hero, as well. He didn’t let loose much, but when he did — on songs like “Neon” or “Back to You” — he announced himself as an individual with stratospheric talent.

Among hardcore Mayer fans, Room for Squares is rarely ranked among his best albums. Musically, his most accomplished is almost certainly Continuum. I’m personally partial to the folk-driven Born & Raised as his finest hour. Looking back now, though, Room for Squares is an immensely well-crafted pop album. There isn’t enough guitar, the album is perhaps a tad overproduced, and “Your Body Is a Wonderland” will probably always be a punchline. But look elsewhere on this record and there’s plenty of evidence that, if Mayer hadn’t been a killer guitarist, he probably still could have made a dynamite career for himself by writing songs for other people. Virtually every song on this record sounds like a hit. “Love Song for No One,” “Great Indoors,” “Neon,” “St. Patrick’s Day,” and “My Stupid Mouth” are all clever cuts with great concepts. Four of the five are love songs, so we’re not exactly traversing untraveled terrain here (as Mayer would do on Born & Raised, with the imaginative story song “Walt Grace’s Submarine Test, January 1967”). Still, each song features a lyrical idea that’s a rather brilliant twist on some old metaphor or songwriting trope, and the resulting songs are instantly memorable for both their breezy hooks and their lyrical content.

In fact, there really isn’t a song on this album where Mayer doesn’t play the tropes to his favor. Among the hits, “No Such Thing” and “Why Georgia” both tread pretty familiar territory. The former is about returning to your high school, years after graduation; the latter is a road trip song. In those frames, though, Mayer fits more complexity. For instance, “No Such Thing” isn’t just about returning to your high school. Instead, it juxtaposes the dream of returning as a success story with the reality of walking into your first meeting with a college advisor and realizing you aren’t at all special. Similarly, “Why Georgia” is not just a road trip song, but also a rumination on how fucking weird it feels to move into your first post-college apartment and realize you’re completely on your own. Compared to other songs on the radio in 2001, these two had a lot of substance, but even without that relativity, they’re pretty thoughtful pieces of songwriting. The same holds true when Mayer allows himself to break out of the pop song mold, like with the spacious vignettes of “City Love” or the freewheeling nostalgia of “83.”

Do you have this record on vinyl like me? Do you still have the CD somewhere in your basement, collecting dust? Do you have the files on iTunes? Do you have access to a streaming service? If the answer to any of those questions is yes, then I encourage you to revisit Room for Squares. (You can skip “Wonderland” if you want; I won’t mind.)

You might be surprised at how well the songwriting here holds up, or at the fact that, of the 12 songs, Mayer only worked with a co-writer on three. (The co-writer was Clay Cook, by the way, not some celebrity gun-for-hire brought in by the label, but Mayer’s friend and fellow musician from the Berklee College of Music.) Mayer has made an ass of himself one too many times to earn complete forgiveness from the music listening public, but returning to Room for Squares is a reminder of a time when he didn’t have that baggage and it was all about the songs. It’s a fun place to return to, because talent like this deserves recognition.