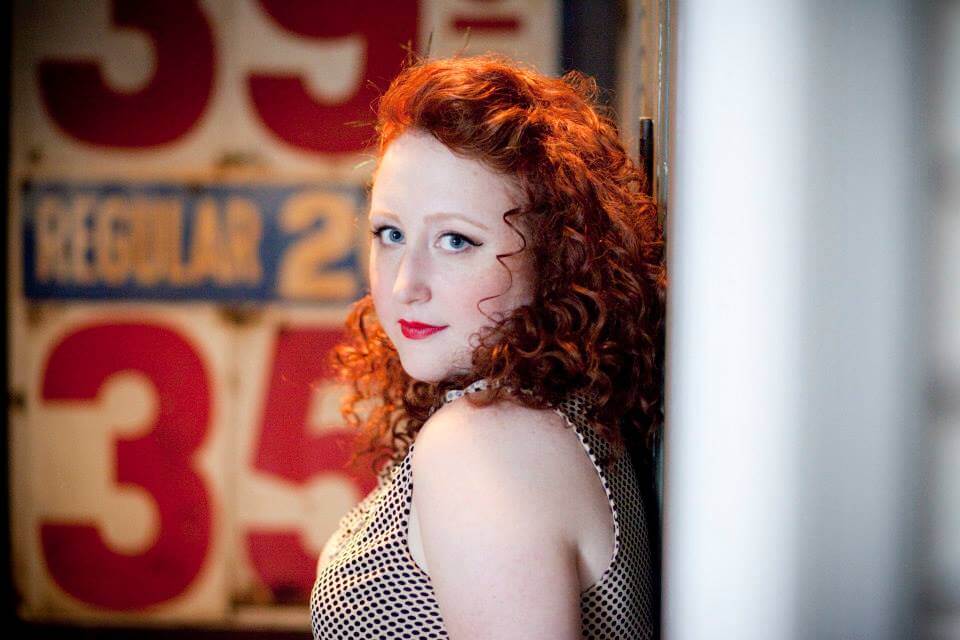 Ruby Rae is an independent singer-songwriter based out of Brooklyn, NY. Her unique blend of “swamp pop” and rock music blends the best of influences — from classic rock stars, to Southern gothic-tinged lyrics — to make her stand out from other singer-songwriters in the scene right now.

We chatted about her Akumal International Art Residency in Mexico, “Night Of Psychopomp,” as well as some of her musical influences that keep her going today.

Modern Vinyl: To start, what first piqued your interest in being a musician?

Ruby Rae: I wanted to play the violin from the age of five when I spotted someone playing on TV. My parents found me a teeny tiny rental and a teacher who started me on the Suzuki method — learning by ear. That sort of started it all, but I don’t really remember to be honest.

MV: You released “The Uncanny” earlier this year. Where did you draw influences and inspiration from for it?

RR: So many! The short version I like to call “Lou Reed & Roy Orbison Go To The Beach.” The longer version includes David Bowie, Emmylou Harris, Stone Roses, The Go-Go’s, Neil Young, Siouxsie & The Banshees and Stevie Nicks.

The overall feel of this record is a little more expansive; we were listening to lots of ’70s, big rock bands, country, and post-punk while developing the songs, [and] at the same time thinking about vocal performance and where the songs come from.

In terms of theme, I was writing songs in a small coastal town in Mexico, so local art & music there influenced me. The landscape was so bright and beautiful; it became the backdrop for the sounds on the record.

MV: What are you looking forward to the most with your upcoming vinyl release of “The Uncanny”?

RR: This is the first time we’ve done vinyl, and I just got the test pressings today. They sound great! I’m most excited about people experiencing the album in this format and side by side. Plus, we’re doing an additional single on lipstick red vinyl; that doesn’t hurt!

MV: Your last release “Night Of Psychopomp” explored the grief process. Why did you choose to focus on that?

RR: I lost my grandmother and dad within a few years of each other, both in January. I had trouble sleeping and the songs I wrote during that time were pretty dark.

Grief felt like an alternate black & white universe; it was comforting to read about psychopomps (spirit guides) and how every culture has some form of them. Researching underworld myths, danse macabres, and horror movies made me realize what a universal experience it is.

MV: Last year, you had a residency at the Akumal International Art Residency in Mexico. How did you land that?

RR: I asked a couple of friends to help submit reference letters, and you know, lots of pleading in my letter to the residency. Even though I’ve been pretty productive so far, it was the first time I had the opportunity to focus on songwriting full-time, ever. I’m not sure if that was interesting to them, or if the begging worked. Either way, I’m really grateful for it.

MV: What did you do to prepare for the residency?

RR: I probably should have done more to prepare, but mainly I bought a mosquito net (abandoned week two), a notebook and a giant bottle of sunscreen.

MV: What did you learn from your residency?

RR: How to say yes to new experiences and influences outside of my comfort zone, and that has changed everything. Music has kind of taken over and become the main focus of my life.

MV: How has it helped your creative flow?

RR: It organized the creative process for me. A basic routine helped keep me disciplined and working, but having some quiet space away from the distractions of life let me focus. When you’re busy, it’s hard to hear new songs. In the end, it made my process more playful.

MV: Do you have anything exciting planned in the upcoming months?

RR: We’ve been invited to play at an art event during the week of the Day of the Dead near Mexico City this fall, so we’re working on making that happen. It would be my dream come true! Also planning some U.S. tour dates in support of the record, and of course a vinyl release party.

RR: Thanks so much!