Thanksspinning: The Dangerous Summer — Reach for the Sun 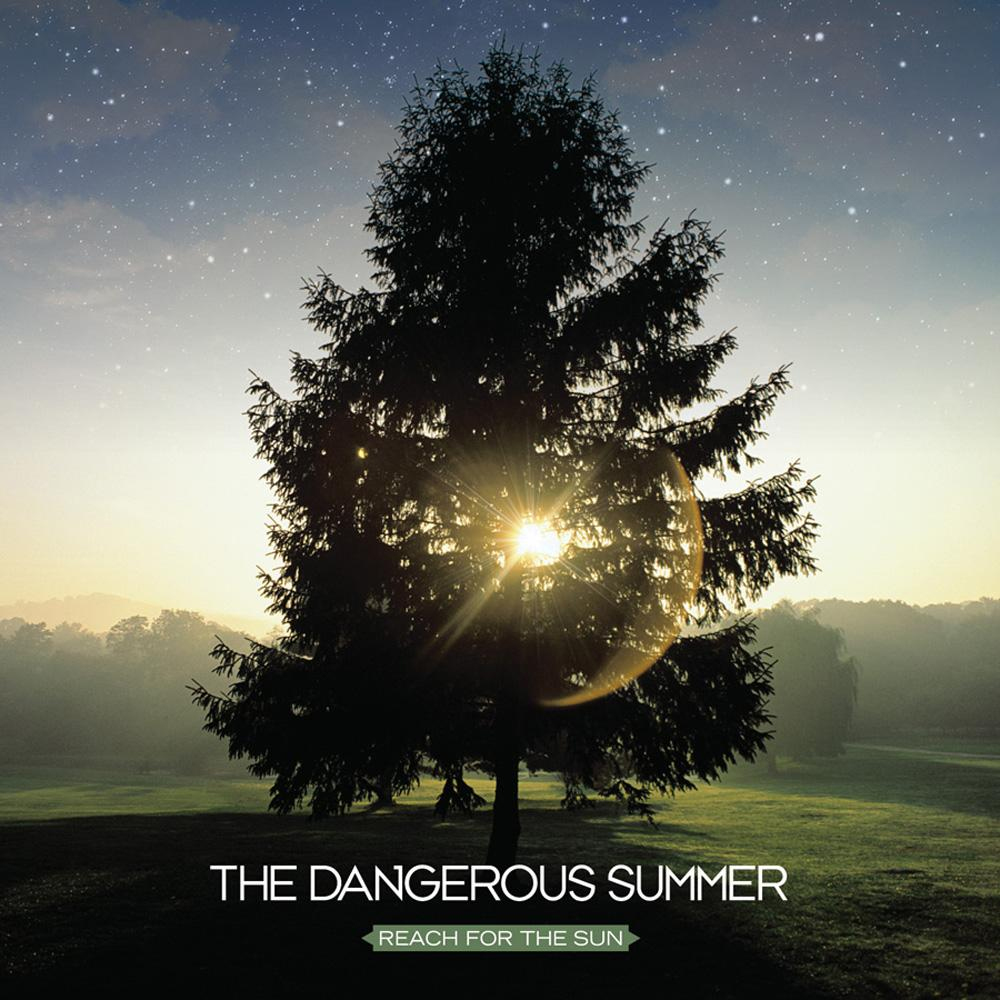 My name is Craig Manning. I am a contributor to Modern Vinyl.

The record I am thankful for is The Dangerous Summer’s “Reach for the Sun.“

The Dangerous Summer were a band born at precisely the wrong time. Their debut EP, If You Could Only Keep Me Alive, arrived in 2007, too late to capitalize on the mid-2000s pop-punk obsession that had been kick-started by the rise of Fall Out Boy. Releasing their best records in 2009 and 2011, respectively, the band was also a hair too early to reap the benefits of the so-called “emo revival” and all the indie cred that came with it. By the time publications like Pitchfork and Vice started paying attention to bands from this scene, the seeds had already been sown for The Dangerous Summer’s demise.

While they may have missed the moment where they could have reached a wider audience, I’ll forever be thankful that The Dangerous Summer made their stand when they did. For me personally, their records were the definition of “perfect timing.”

The Dangerous Summer’s proper debut album, Reach for the Sun, arrived on May 5, 2009. By most accounts, that date isn’t particularly notable. In my life, though, it was everything. The first time I heard Reach for the Sun was the day after my sister graduated from college. Four years behind my sister in school, her milestone meant that I was nearing my own. I was a senior in high school, a month away from graduation. The week previous, I’d finally been accepted into the music school where I was hoping to spend the next four years of my life. For the first time, it was starting to sink in that a chapter of my life was closing. Everything was about to change.

Reach for the Sun isn’t specifically an album of endings or escapes. There were other records in heavy rotation at the time that captured the spirit of graduation better than this one. Hell, I spent much of my senior year learning every note and word of Bruce Springsteen’s Born to Run, which had rapidly become my favorite album of all time. But something about Reach for the Sun conveyed to me so perfectly the sound of growing up. If Born to Run encapsulated the excitement and hope I was feeling as my days left in high school ticked down to single digits, then Reach for the Sun captured everything else: fear, doubt, regret, nostalgia, and nervous anticipation.

There’s a lot of pain in the 11 songs that make up Reach for the Sun, channeled earnestly and thoughtfully into frontman AJ Perdomo’s visceral, reflective lyricism. “Weathered” finds him trying to cope with the loss of his mother, running away on a trip of self-discovery to face his demons. “The Permanent Rain,” meanwhile, sees him wrestling through survivor’s guilt after a friend is killed in a car accident (“I know it’s not helping to hear me say/I wish it was me in the car that day”) and using that loss as an inspiration to push harder for his dreams. There are certainly lots of songs about going on the road, leaving town, and leaving the people you love behind. On “Surfaced,” the narrator chooses his music over the girl he knows better than anyone else in the world, just because he doesn’t think he can make both work. “Settle Down,” meanwhile, tackles the flipside of that decision: making the choices that perhaps bring you closer to realizing your dreams, but that also take you further away from your friends, family, and significant others.

“I gave my things away/I called the people that I only see on holidays/This next year’s gonna burn a hole in me.” That line, from “Settle Down,” was certainly one that hit me hard as high school came to a close. How many of these people would I stay friends with? How many of them would I even see going forward? Was I nearing the point where the groups of people I’d spent the past four years with were never even going to be in the same room again? I told myself that this wasn’t the end; that we’d all visit each other at school; that we’d have good times again down the road. But friends of mine had graduated the year before, and the year before that too, and I’d lost touch with too many of them. I knew enough to realize that things wouldn’t ever be quite the same again, that I was going to lose some of these people on the journey to adulthood. Those revelations hurt, and they were splayed out perfectly in the grandiose walls of guitars that define this record. A lot of things have changed in my world since the spring of 2009, but those songs still hurt to listen to, especially now that I can look back on moments from that season and know which friends were about to walk out of my life for good.

Largely, Reach for the Sun is a melancholy record, but I also saw plenty of hope in the sadness. I could listen to songs like “Where I Want to Be” or “Reach for the Sun” while cruising the sunburned streets of my hometown and feel the carefree, anything-is-possible vibe that the best pop-punk records have always been able to conjure. Tucked into the record’s second half, there were also two of the most honest and unflinching love songs I had ever heard. “I’m not afraid to watch you change me,” Perdomo sings on “Northern Lights,” the set’s truest ballad. I always found that line almost impossibly romantic. The idea of falling in love and knowing that the other person is going to change you, change your priorities, change your future, change your whole life, and not being afraid of that fact. “Never Feel Alone,” meanwhile, the album’s closing track, was always my favorite song on the album.

Am I wrong, or is this really what you want to happen?
When all I want to do is have this, I’m not strong enough to stand
Cause I’ve been pushed around before
And I’ve felt the burn from every inch of my heart
But it’s worth it to never feel alone

How many nights did I drive around that summer, screaming those words out into the empty darkness of my hometown? This song is about wanting someone so badly it hurts. “A feeling’s just a feeling ’til you let it get the best of who you are,” AJ sings in the verse. When you fall for someone — really fall for them — that feeling defines your life. Thinking about that person, wishing for them, burning for just a few moments where you could be entirely honest about how you feel, it consumes you. To this day, I consider “Never Feel Alone” to be one of the purest love songs of all time, if only for how well it captures those moments at the beginning of a relationship when you let your guard down and give yourself over to the other person completely. Sure, it’s a roll of the dice: maybe your future holds happiness with this person and maybe it holds unendurable heartbreak. But living life is all about being willing to take that risk — about knowing that it’s worth facing down the pain to find out about the other part.

When I first connected to that song, I didn’t know much about romantic love. I’d fallen for a good friend of mine the previous summer and gotten burned, but I was still yearning to experience the other side of the equation. What happens when you let your guard down and you don’t get hurt? I wanted to find out. To paraphrase Bruce Springsteen, I wanted to know if love was real. At the crossroads of my life in 2009, a part of me wondered how long I would have to wait to experience it for myself. As it turned out, I would only have to wait another year for the opportunity, for the moment to arrive where I would want to make myself that vulnerable to another human being again. This time, my gamble paid off, and in 2014, I married the girl of my dreams all because I took a risk. Fittingly, the first mix CD that I ever burned for her, back in the summer of 2010, had “Never Feel Alone” nestled in the penultimate slot.

It’s odd to look back now and see that nearly eight years have passed since I first heard Reach for the Sun. It’s also a bit odd to write about this album in the deep fall, as it remains one of the first albums I play each year when summertime starts to descend on my part of the world. But regardless of how much time passes and regardless of what the weather looks like outside, Reach for the Sun will always remain one of my favorite records. It found me at a vital moment in my life, caught between youth and adulthood, and helped ferry me safely to the other side. I hoped it would be just the beginning of a towering career, the first album from a “new Jimmy Eat World,” or something along those lines. There was certainly plenty of Jimmy Eat World influence in The Dangerous Summer’s DNA.

As it turned out, this band only burned briefly and fractiously. Band conflicts and immature, unbecoming antics made it hard to support The Dangerous Summer, as did their middling third album, 2013’s Golden Record. (With that said, the follow-up to Reach for the Sun, 2011’s War Paint, remains a classic.) Eventually, the inner-band feud between AJ Perdomo and rhythm guitarist Cody Payne drove away the other members and drove the band into the ground. The Dangerous Summer separated in 2014, with virtually no hope of ever reuniting. The early dissolution was and is one of the great tragedies in the history of the pop-punk/emo music scene.

Today, I’d call these guys the last great pop-punk band. Most would probably point to The Wonder Years for that title, but I always felt like The Dangerous Summer had something TWY didn’t. The Wonder Years have long been a fiercely ambitious band, driven to pursue themes and arcs on their records that very few rock bands — let alone pop-punk — would ever attempt. But their ambition often makes their music sound calculated to me, from the histrionic wailing of Dan “Soupy” Campbell, to the sad sloganeering that drives most of their lyrics. With the secret weapon of AJ’s stream-of-consciousness lyrics, it was tough to ever doubt the emotion of The Dangerous Summer. Awkward or graceful, embarrassing or noble, AJ spelled out his life for all to hear in his lyrics. The results, for a brief period of time, were records that formed the soundtrack to my life.

I’ll forever wonder what The Dangerous Summer might have been able to accomplish if they had been able to hold it together. Still, I’ll always be thankful that I was coming of age in the years when Reach for the Sun and War Paint were out making waves in my little corner of the music world. Because, damn: I can’t imagine a version of my young adulthood without the sound of this band’s songs playing in the background.