In the first installment of our end-of-year series, we’re looking at the top 30 vinyl variants of the year. I’ve split them up into pop culture and music categories, along with a couple at the very bottom that haven’t actually been released yet (so I only had mockups to go off of). You’ll see some themes identified — specific labels, color patterns, a love of gimmicks — but hopefully, there’s a wide range to appreciate here. 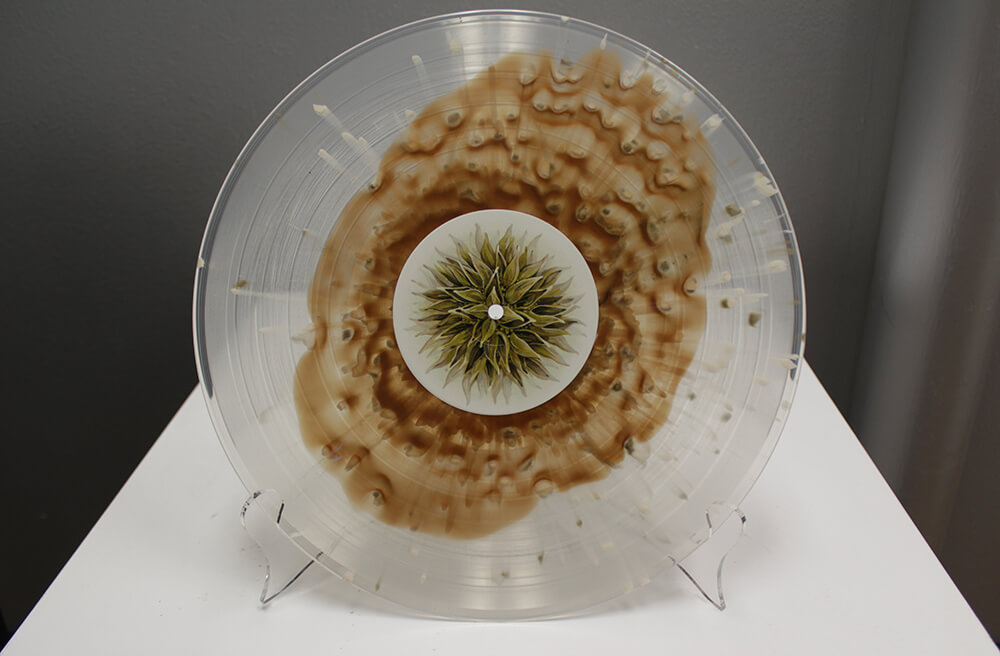 Clint Mansell — The Fountain OST
Mondo (MondoCon Exclusive)
Gold inside Clear with Gold and White Splatter
Why? — Where to start. Matching the film-ending nebula explosion, it not only has a thematic connection, but is one of the sharpest looking items of the year. 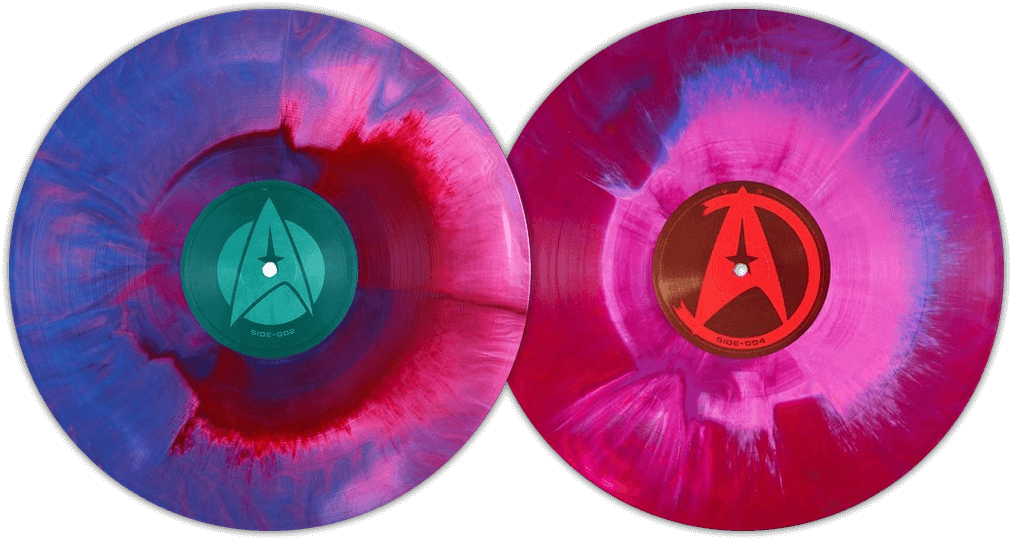 James Horner — Star Trek II: The Wrath Of Khan
Mondo
Nebula
Why? — Speaking of nebulas, the mix of warm and cool colors here makes for an inviting, yet alien product (much like the property itself). 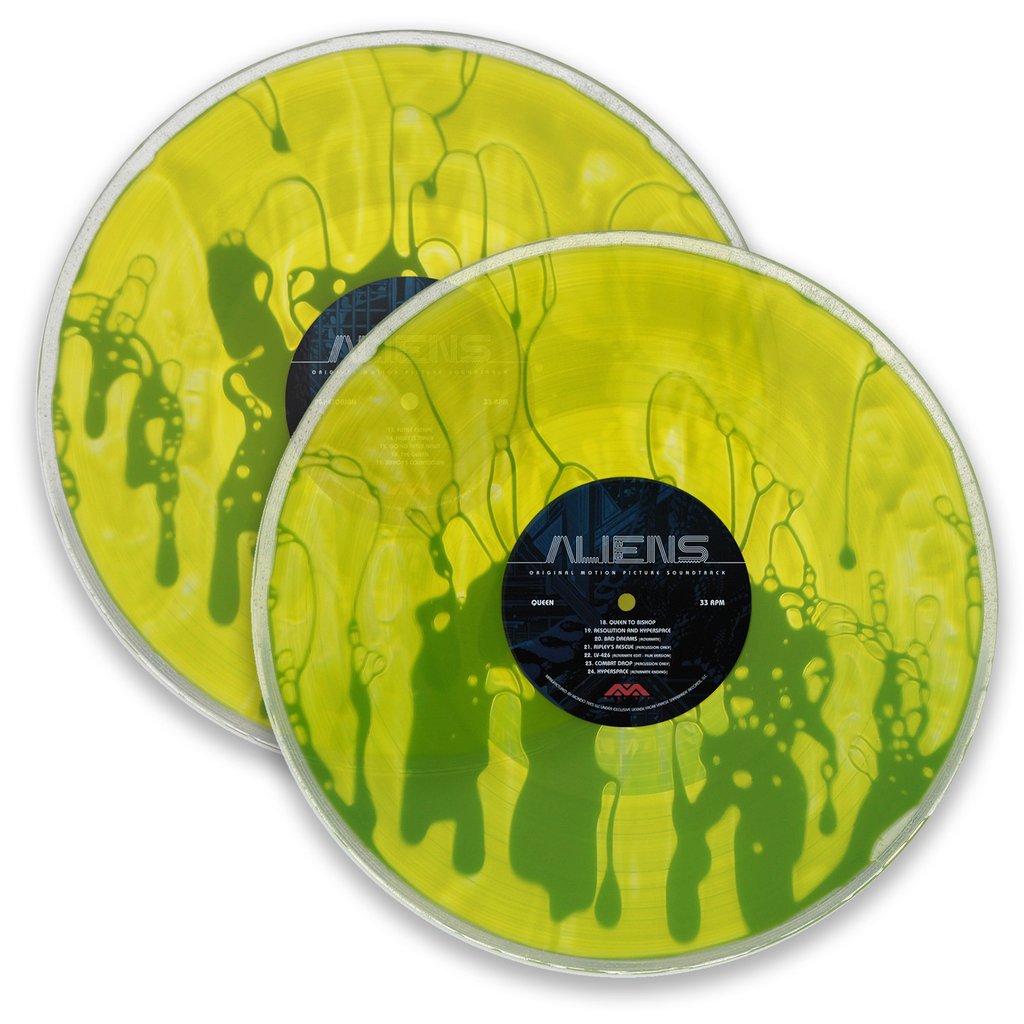 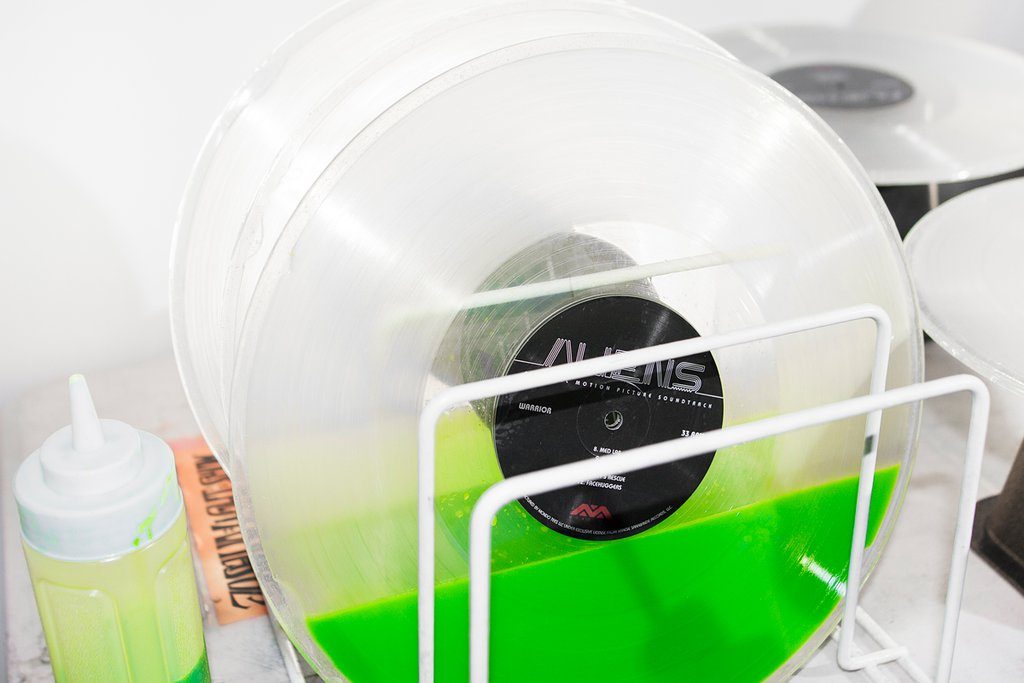 James Horner — Aliens OST
Mondo
Liquid Filled
Why? — The final product obviously doesn’t look as great as that mock-up (the liquid-filled records rarely do), but again, a good concept and solid connection to the film makes it worth it. 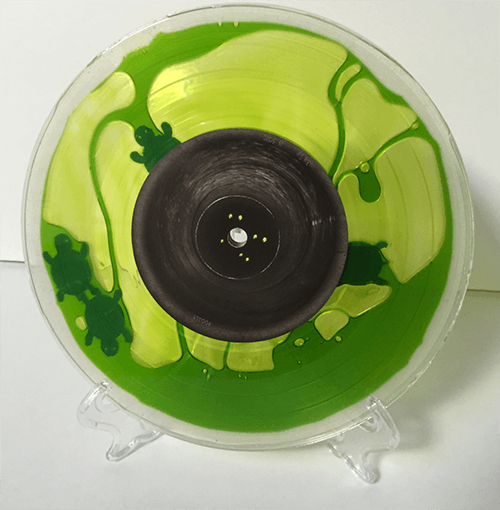 John Williams — Star Wars: The Force Awakens
Disney
Hologram vinyl
Why? — Fans were waiting on this one for a while, and yes, it is a little temperamental. But if you can actually get it to work (some direct light will help), it looks pretty great. They teased us with a big concept for this and delivered, many months later. 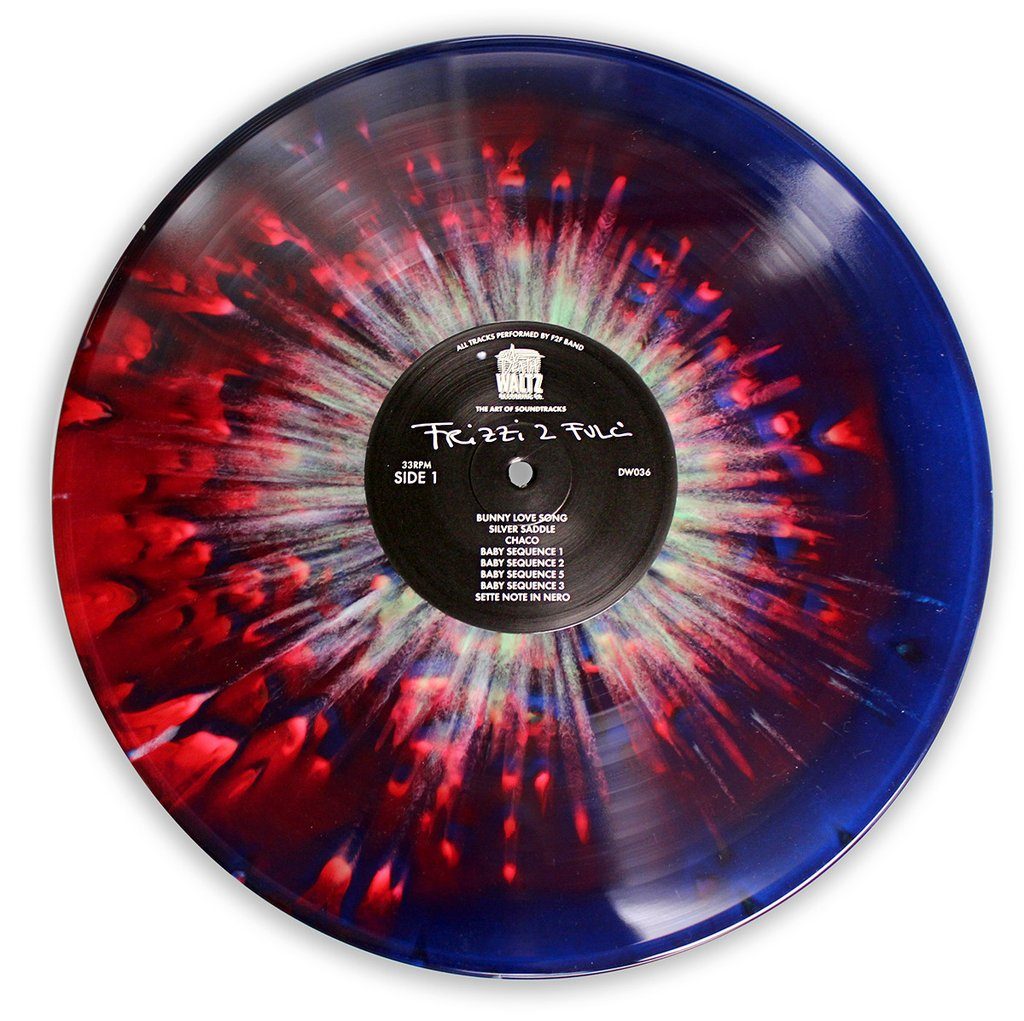 Frizzi 2 Fulci Live
Mondo
Red & Blue swirl with solid Green, Clear Green & White Splatter
Why? — I know. There’s lots of Mondo releases on here. I don’t care. This is another beauty from them. 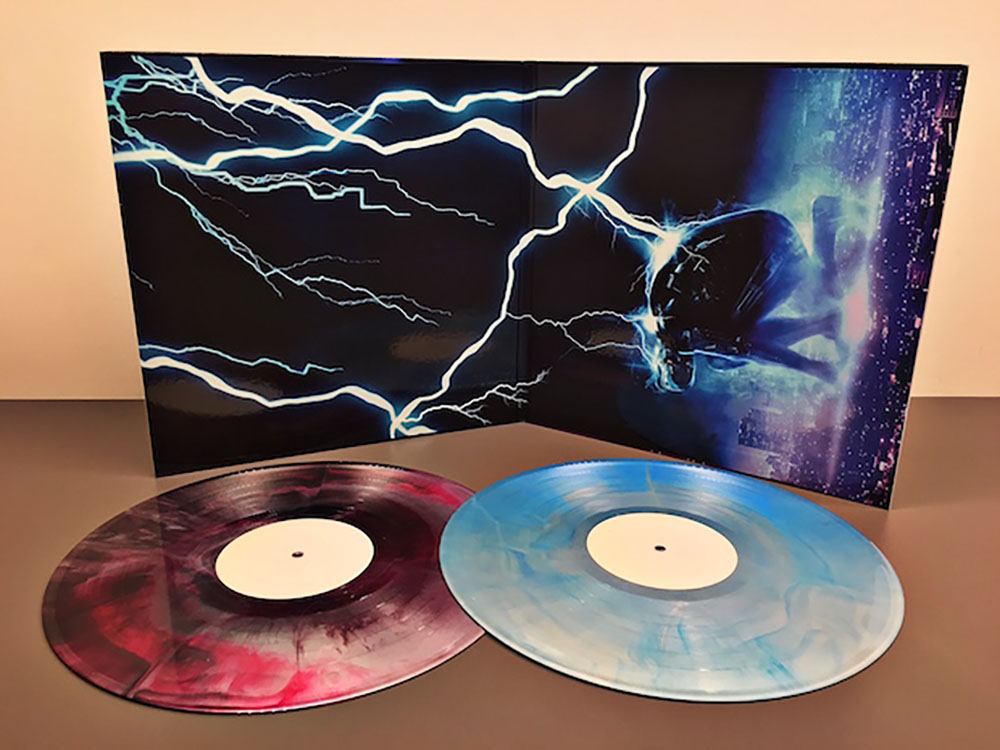 Brad Fiedel — The Terminator OST
Milan Records
Red, White and Black Swirl/Blue and White Swirl
Why? — I especially love how the blue and white disc matches the right side of that gatefold, while the red and black pairs up with the eye on the front cover. Looks like too much at first, until you dig in. 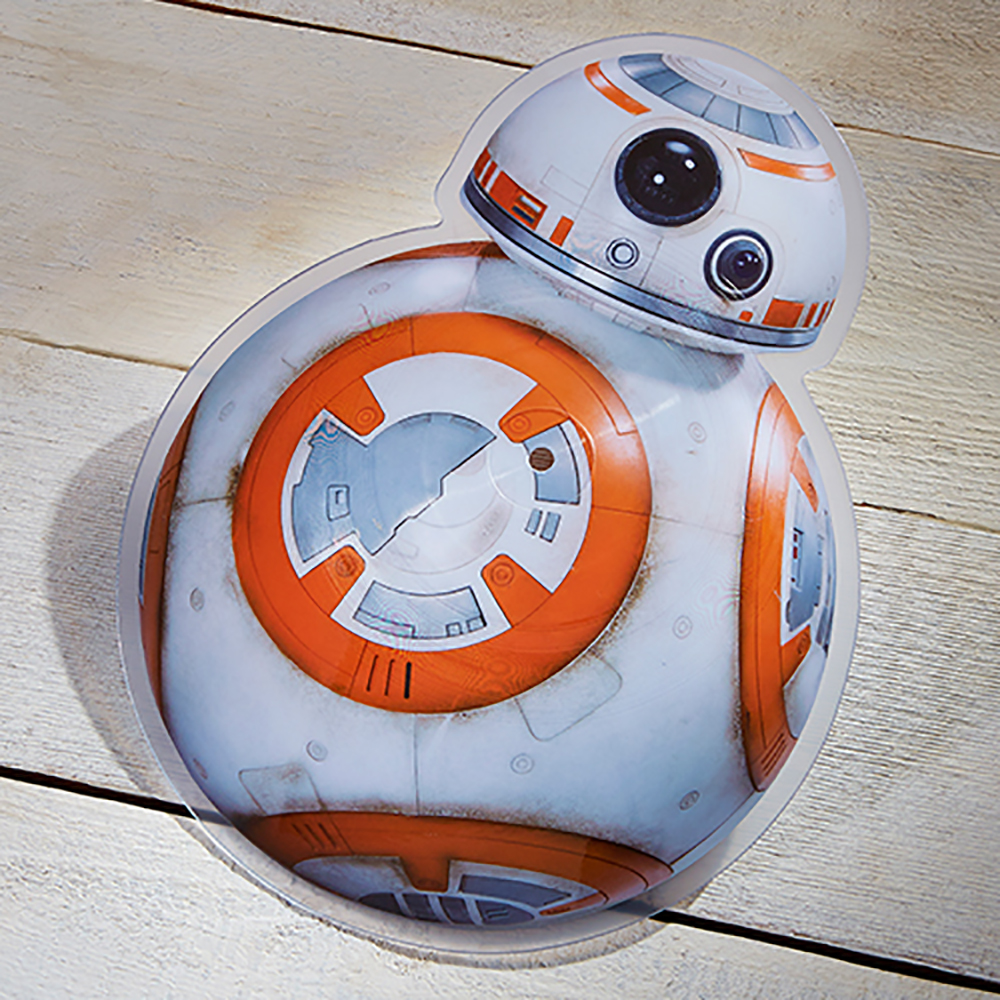 John Williams — “March of The Resistance” and “Rey’s Theme”
Disney
BB8 Picture Disc
Why? — I’ll just refer to my article on the matter. I’m still impressed with my headline. 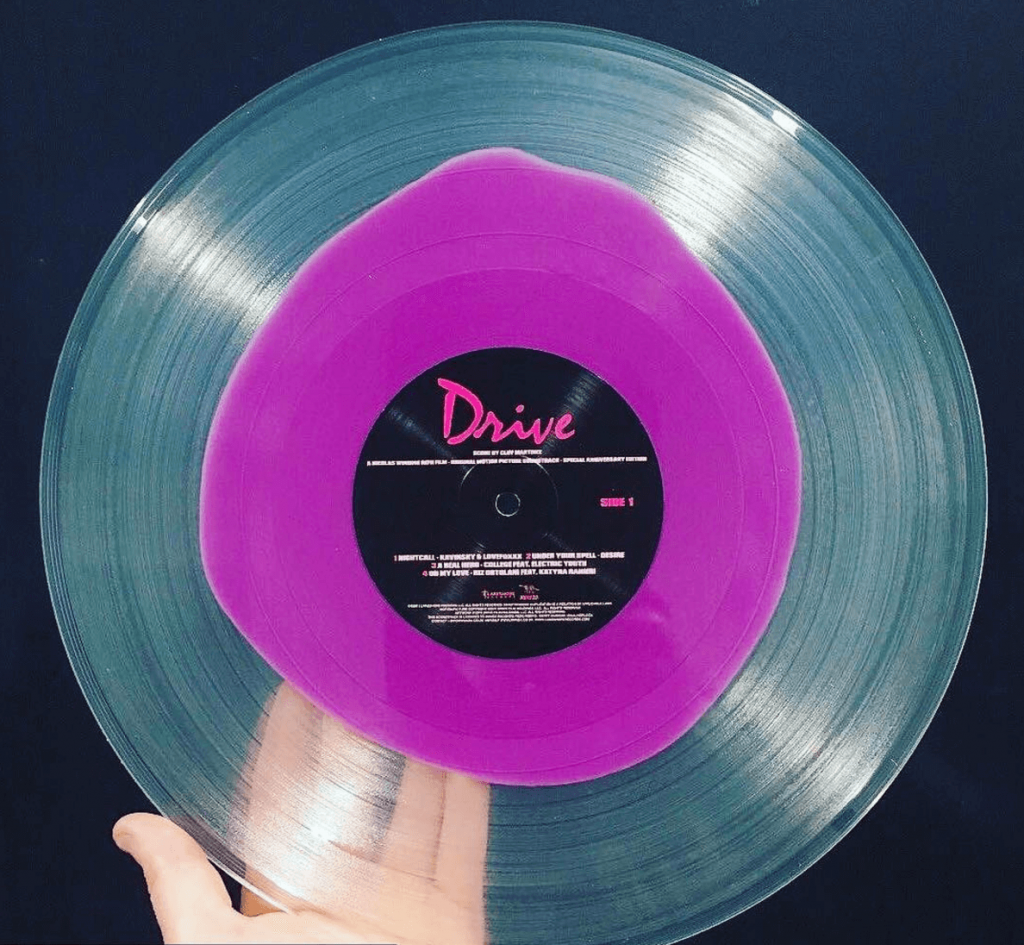 Cliff Martinez — Drive OST
Invada Records
Crystal Clear with Purple Blob
Why? — Created for the 5th anniversary of the now famous soundtrack, this is one of the “color-in-color” variants that impressed me so much this year (more later on in the list). The crystal clear really allows that purple to pop. 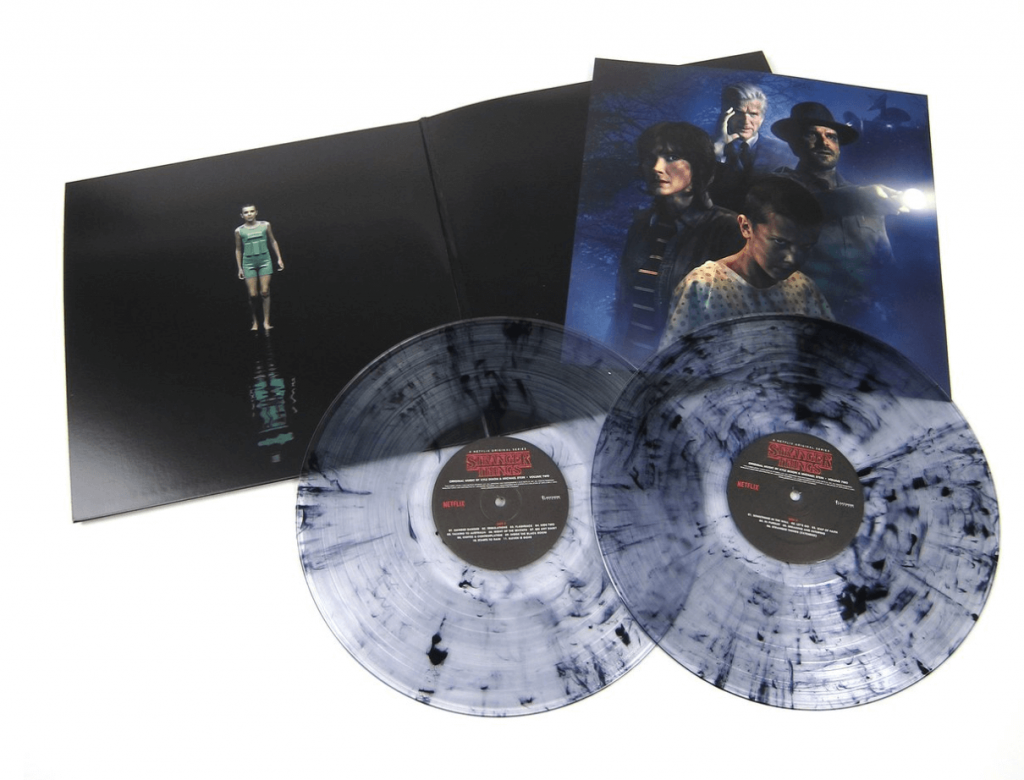 Michael Stein & Kyle Dixon — Stranger Things OST
Lakeshore Records
“Upside Down” variant. Ultra clear with Salt and Pepper
Why? — You kinda have to pick something out of the Stranger Things vinyl collection this year. This one stands out. Not only did it immediately remind me of the show (the bright colored pressings did not), but it’s just a well done item. 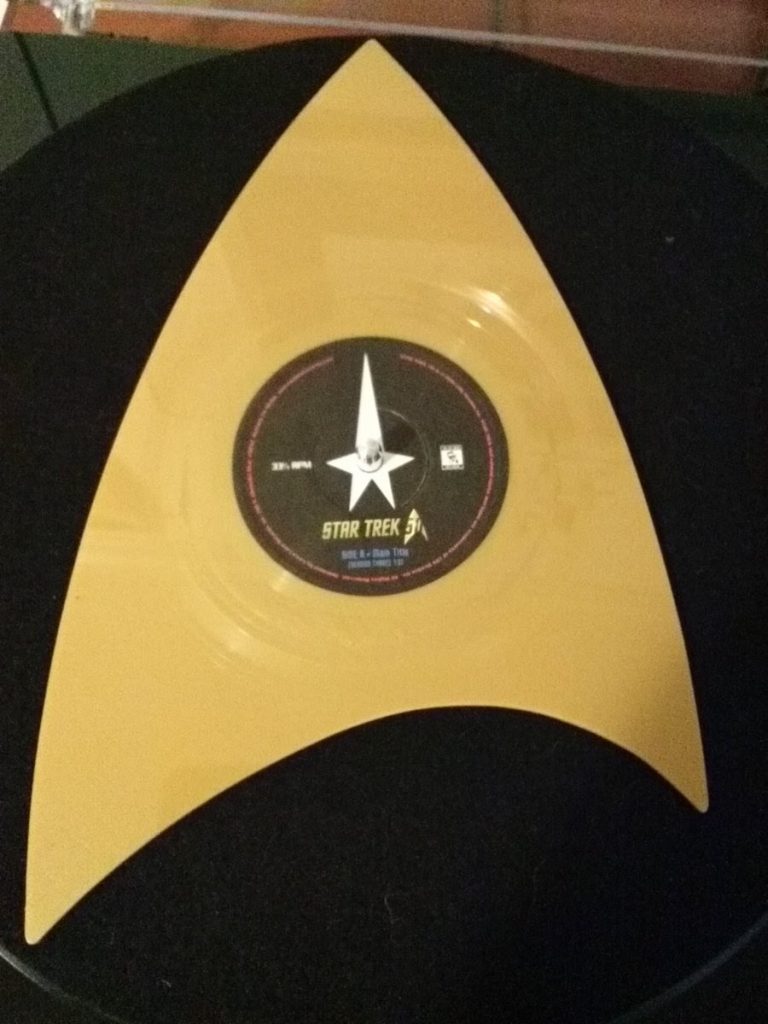 Toby Fox — Undertale OST
iam8bit
Transparent Red/Blue. Screenprinted 7″.
Why? — The standard variant is fine, with transparent blue and red a fine match for that cover art. But it’s the “Annoying Dog” silkscreen on the 7″ that grabs me. 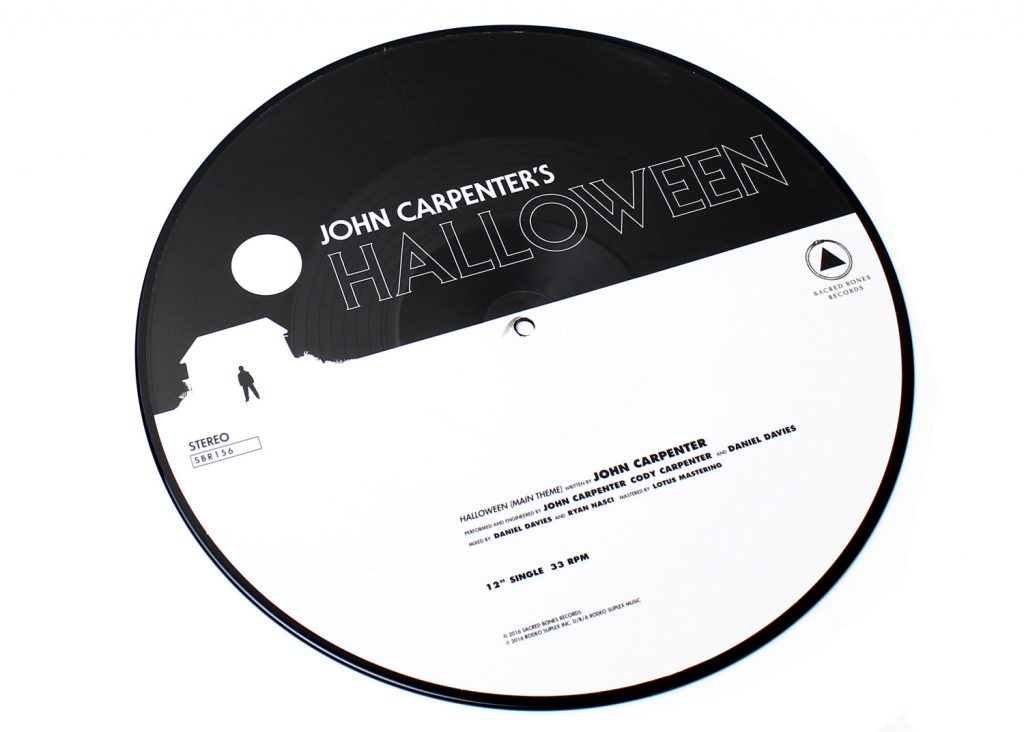 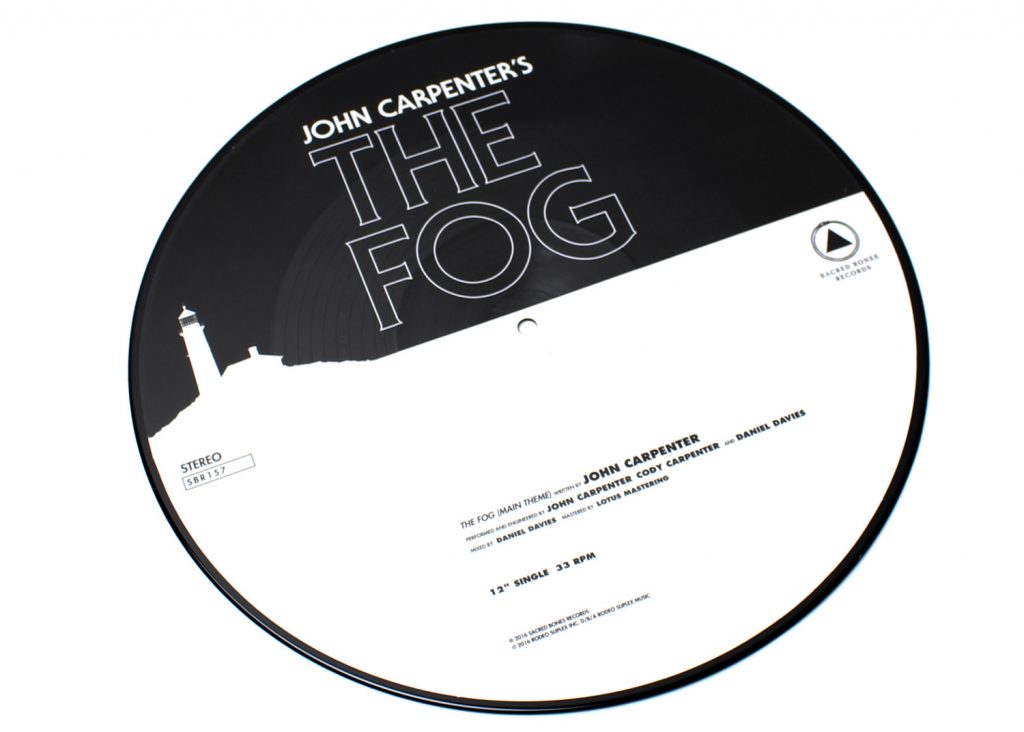 John Carpenter Picture Discs
Sacred Bones
Picture Discs
Why? — This series is obviously much simpler than the other picture discs on our list, but still beautiful. The changing image on that left side is a nice touch, as is the focus on typography. 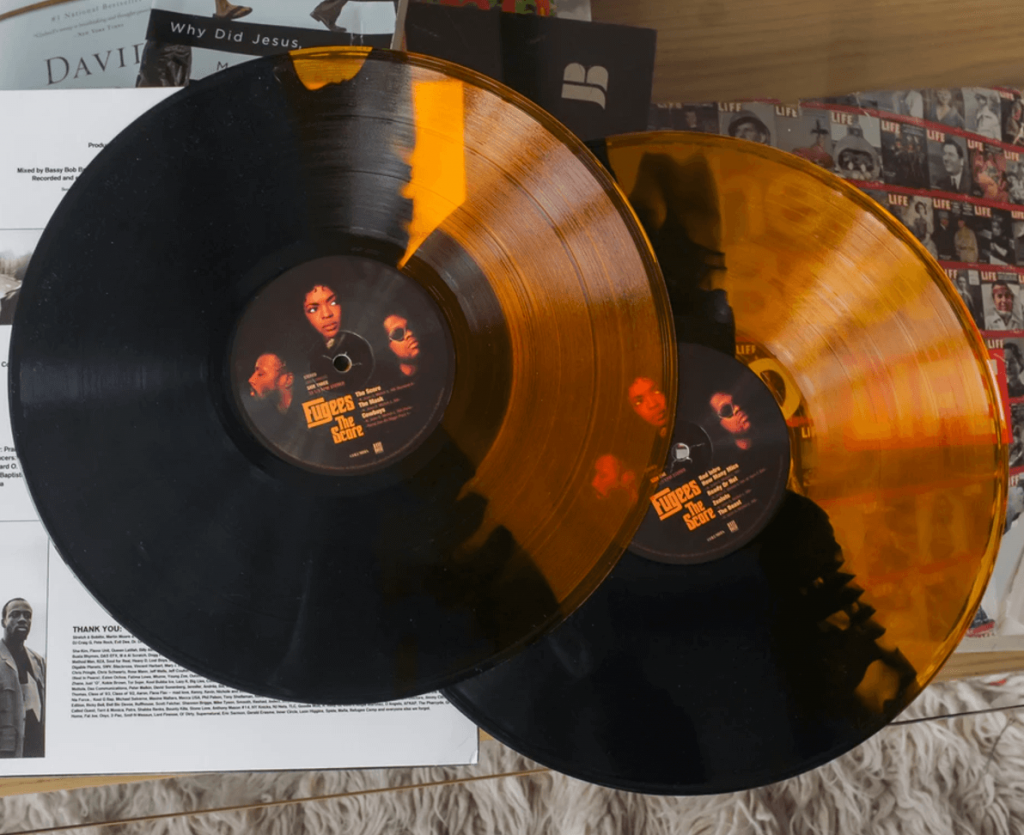 The Fugees — The Score
Vinyl Me, Please
Split Color Black & Gold
Why? — A perfect match for that album art, plus the 7″ is also on transparent gold. 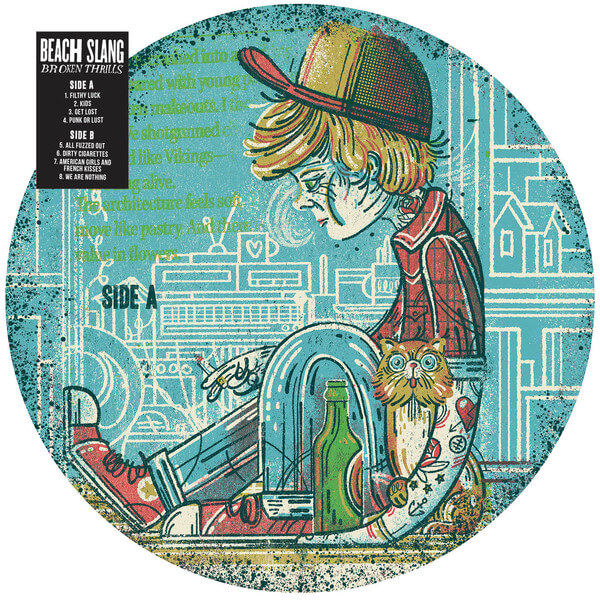 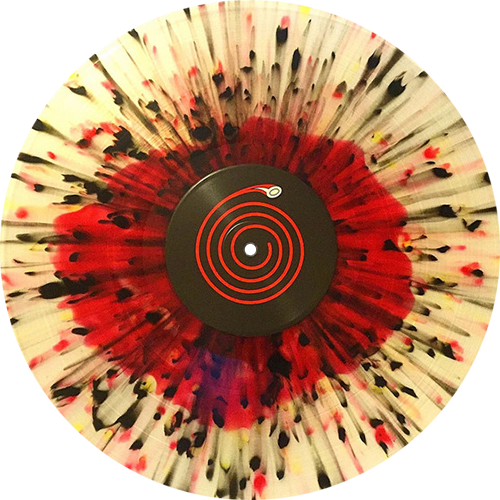 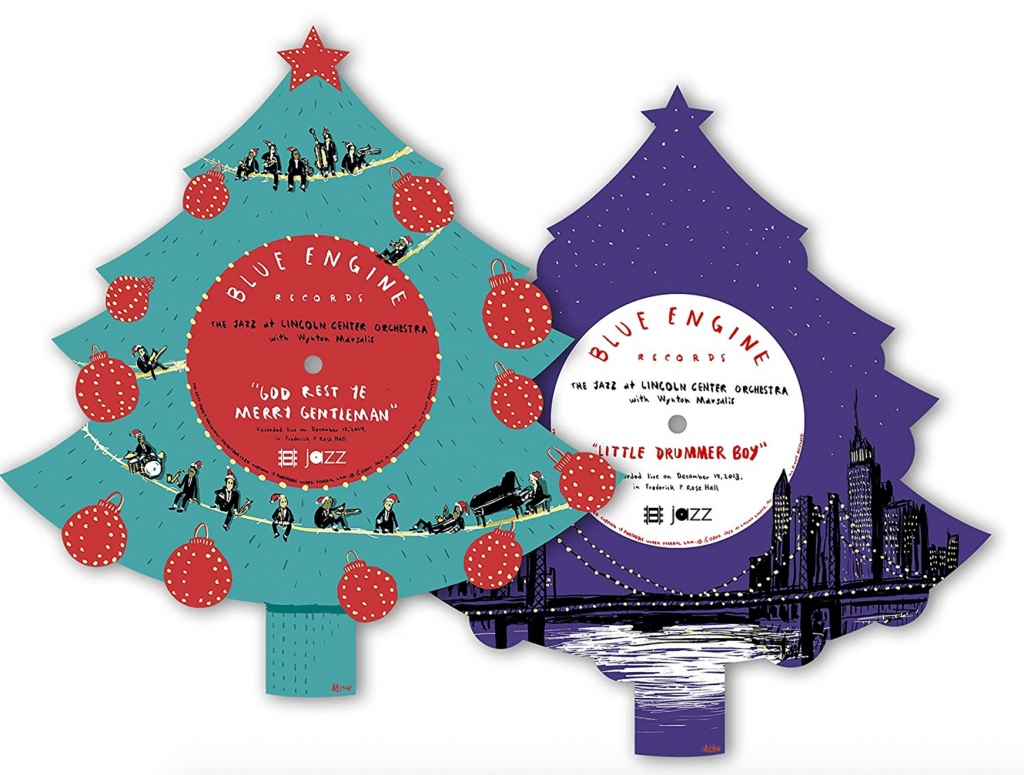 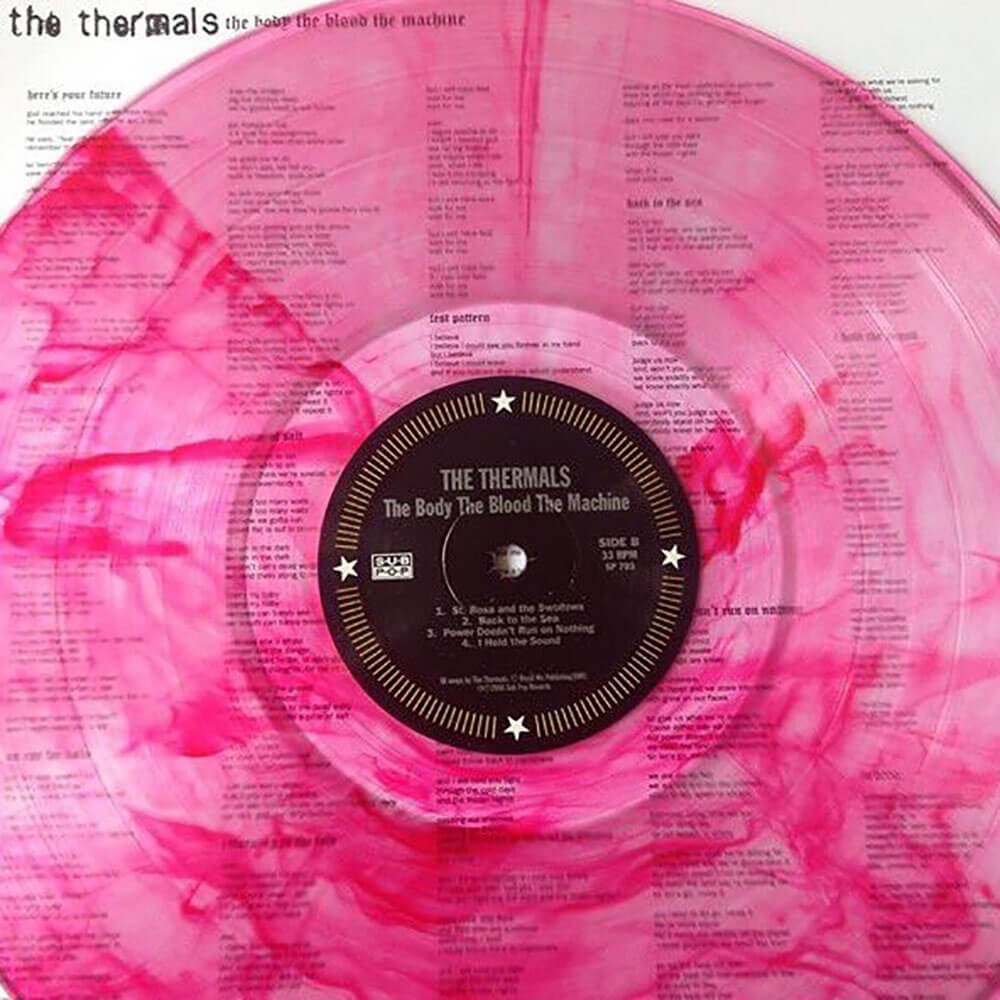 The Thermals — The Body The Blood The Machine
Sub Pop
10th anniversary Blood Splatter
Why? — Okay, so it’s not anywhere close to a blood splatter, but the pink splatter on a transparent pink disc works better than imagined. 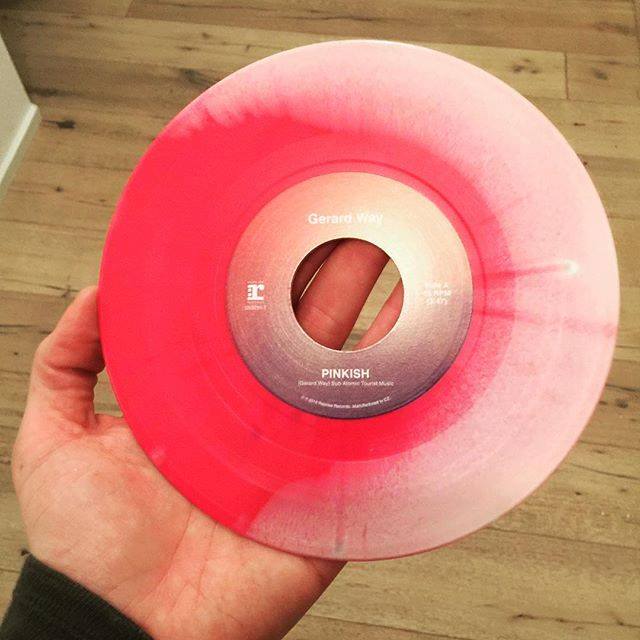 Gerard Way — Pinkish
Warner
I guess…”Pinkish” vinyl
Why? — Apparently I like the “heavy pink on light pink” combo. Anyways, this combination (along with that random white splatter) does a ton with the available surface area. 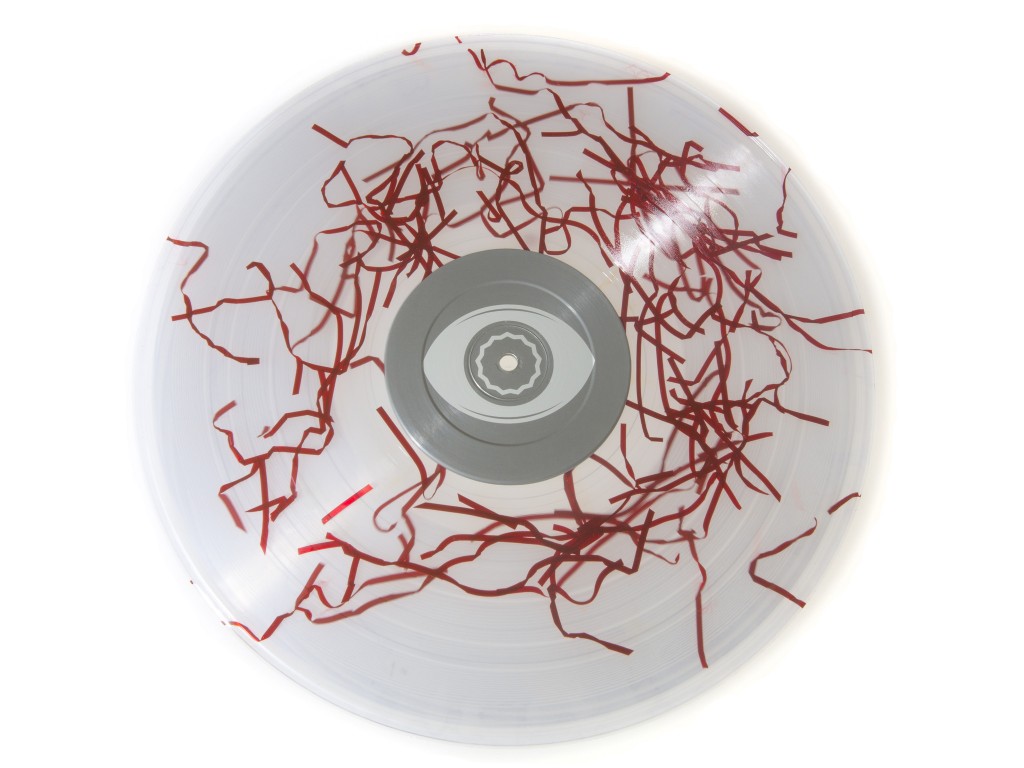 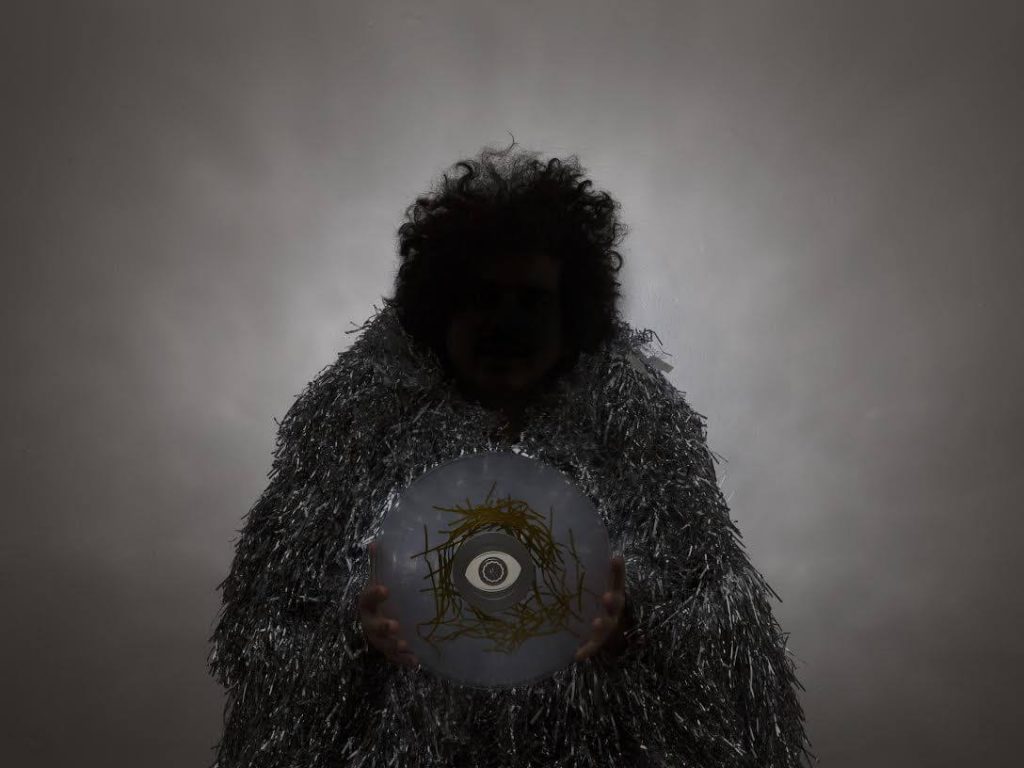 Helado Negro — Island Universe Story: Selected Works
Asthmatic Kitty
Tinsel inside Clear
Why? — I think half the love for this one comes from the description. Why are they putting tinsel in your record?

Some of the records contain silver threads, the sheddings of those dreamy beasts that have joined him on stage in cities all over the world, animated by new friends in each venue where Helado Negro has performed.
Other records in this limited pressing contain other colors of tinsel, the remnants or rumor of other realms in the multiverse, the blue, gold, or multi-colored metallic sweepings left behind by creatures we haven’t yet met and can only imagine.

That..plus the crazy promo picture above? Who cares if it affects playback?

Hew Time — Seconds
Joyful Noise Recordings
3×7″ Gold with Etchings
Why? — This is the all-drumming project from Dale Crover, Joe Plummer and Coady Willis, whose faces you see in those gold, 7″ discs. The gold variant was 175 copies, randomly inserted like golden tickets. A fun way to present unreleased music and make them look like coins.

The Appleseed Cast — Illumination Ritual
Graveface
Highlight of Third Pressing: Clear with White Splatter and Black in center.
Why? — Just one of the best looking sets of the year. As previously stated, I loved the “color in color” combinations in 2016, while the splatters coming out from the center label colors is a nice touch. 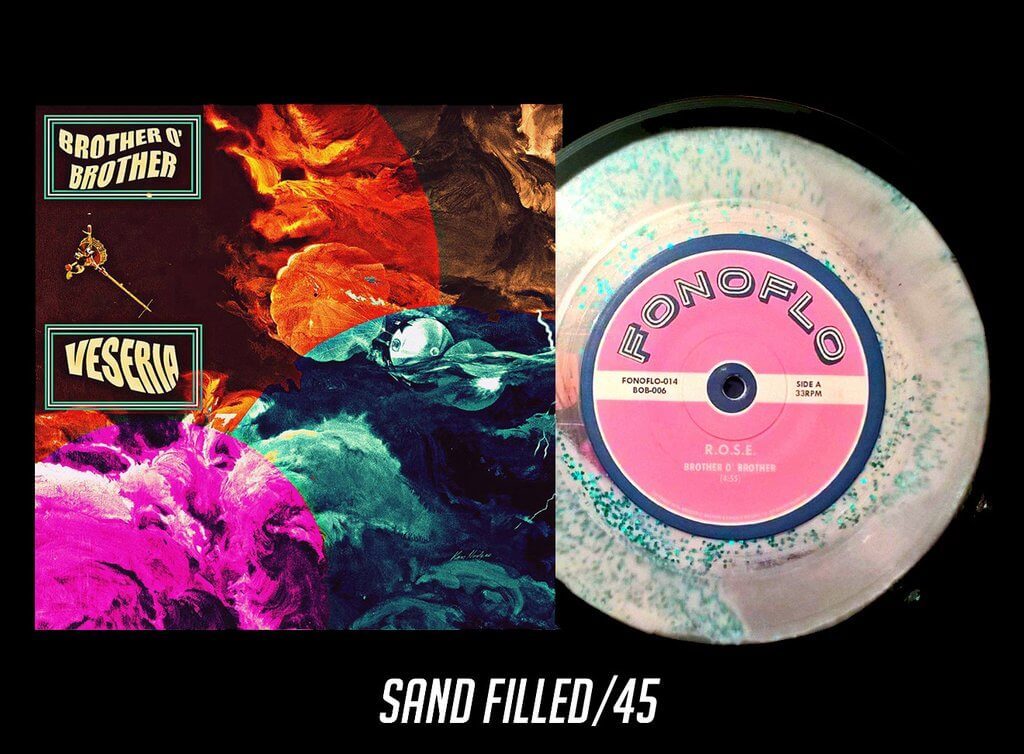 Brother O’ Brother — Veseria
Fonoflo
Sand filled record
Why? — As shown by the video below (by our good friend at Vinyl Emergency) this record has sand in it. I’ve never seen this combo before, and I find it more interesting than the standard liquid, as the flow is a little slower and can actually have some texture. 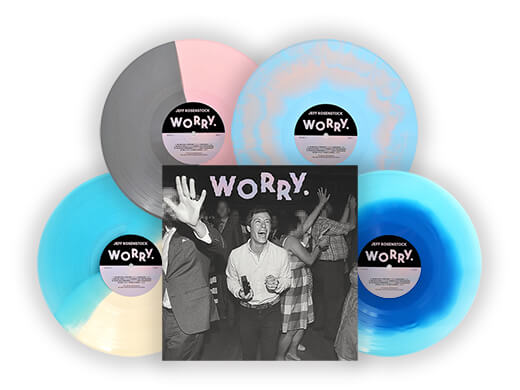 Jeff Rosenstock — Worry
SideOneDummy
Highlight of First Pressing: The color-in-color Aqua Blue inside Electric Blue.
Why? — One of the year’s best records deserves such a vibrant release. They pull that purple/pink combo from the cover typography for one variant and focus on blues elsewhere. 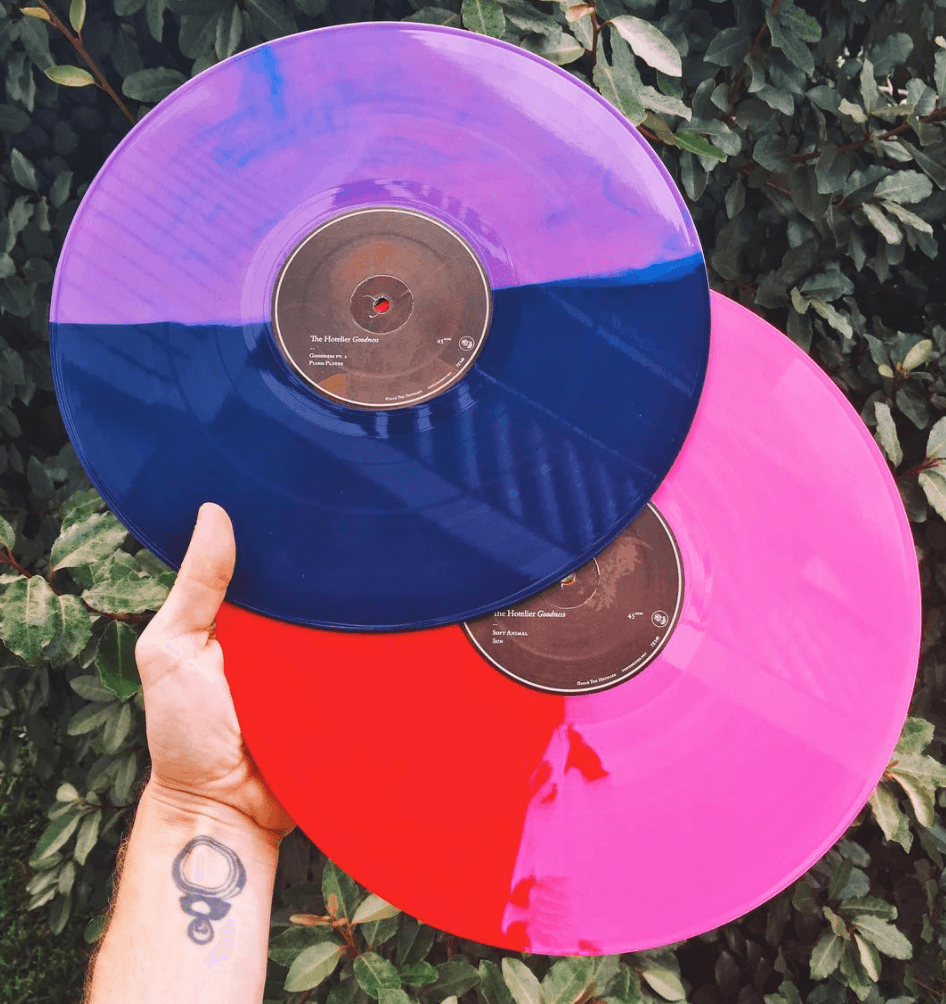 The Hotelier — Goodness
Tiny Engines
Midnight and Smitten
Why? — Besides the great name, that blue and purple seems like such a refreshing pairing. Two cool colors in one disc, two warm colors splitting another. 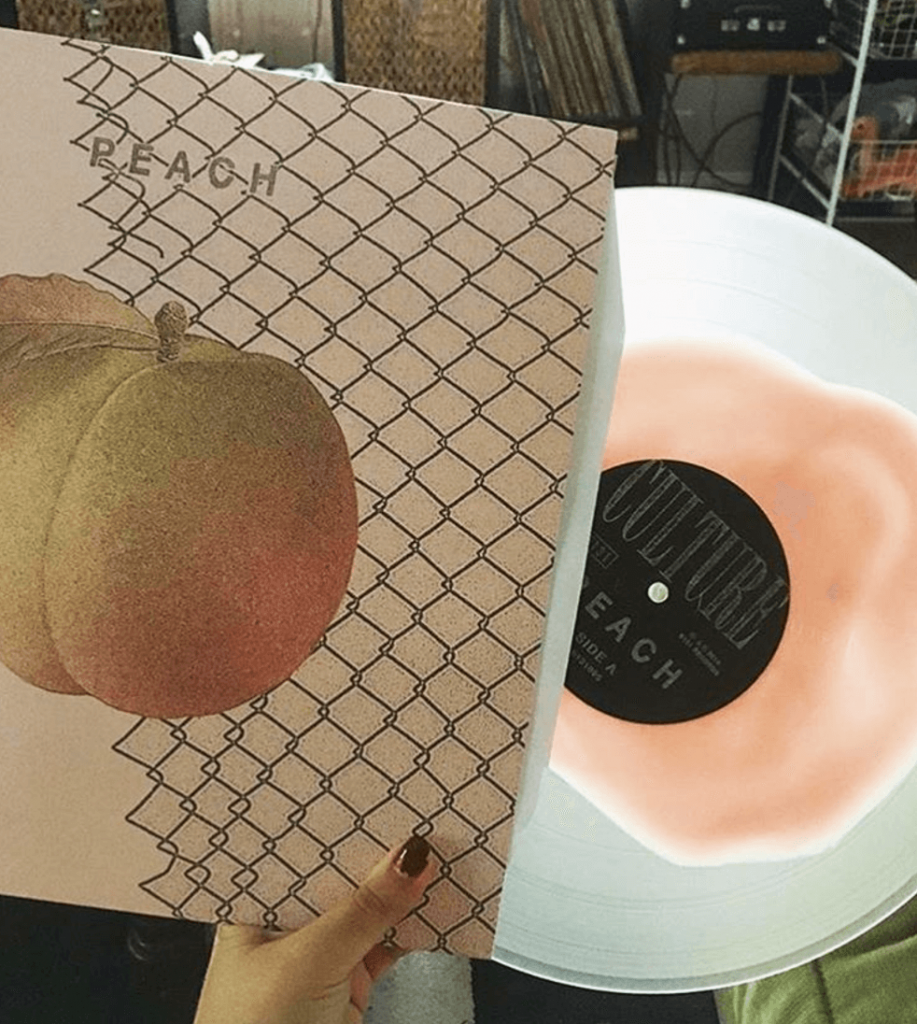 Culture Abuse — Peach
6131 Records
Peach inside Clear
Why? — Another in this “color-in-color” series, a great match for the cover art and a clever use of this pattern. 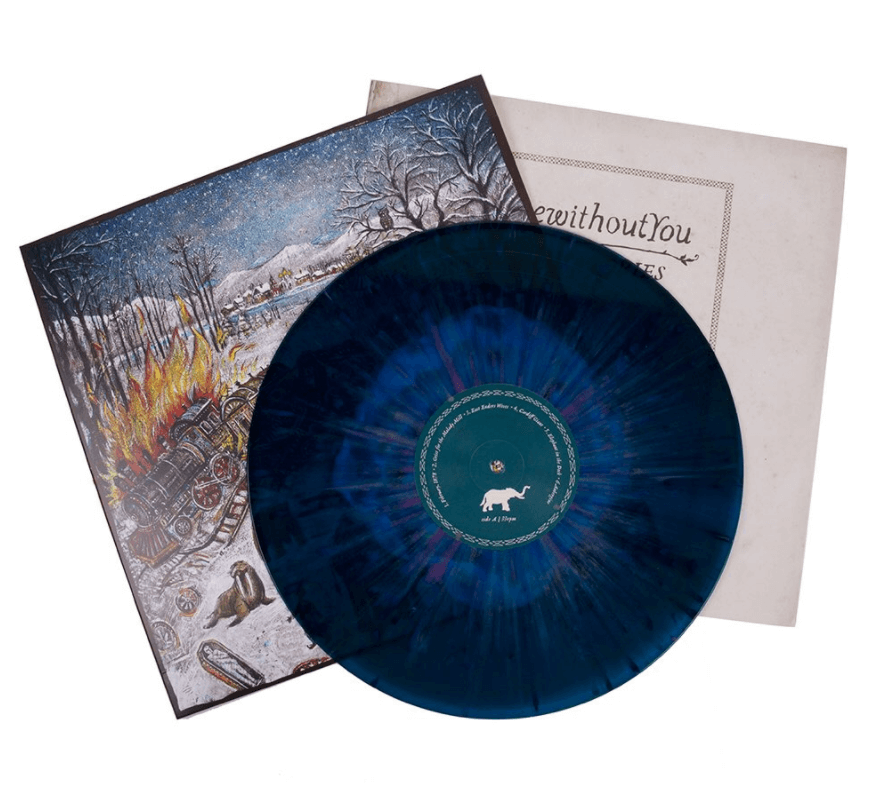 mewithoutYou — Ten Stories
Big Scary Monsters
Icy Blue (Part 2)
Why? — A beautiful combination of blues makes this a memorable one. 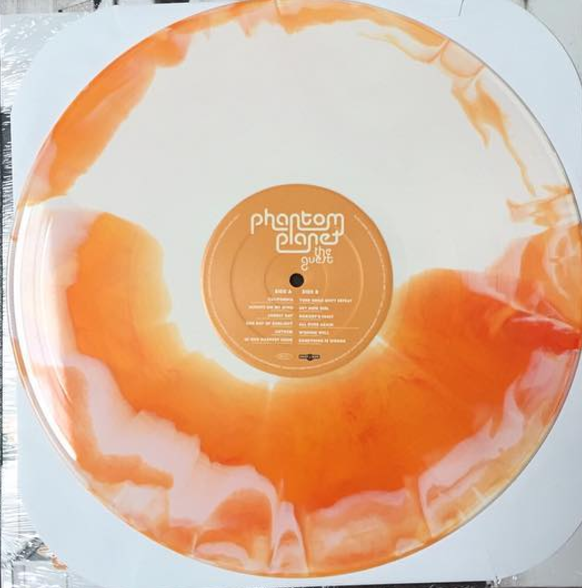 Phantom Planet — The Guest
Enjoy The Ride Records
Orange and White Swirl
Why? — A nice match to that orange and white typography on the front and back cover art. 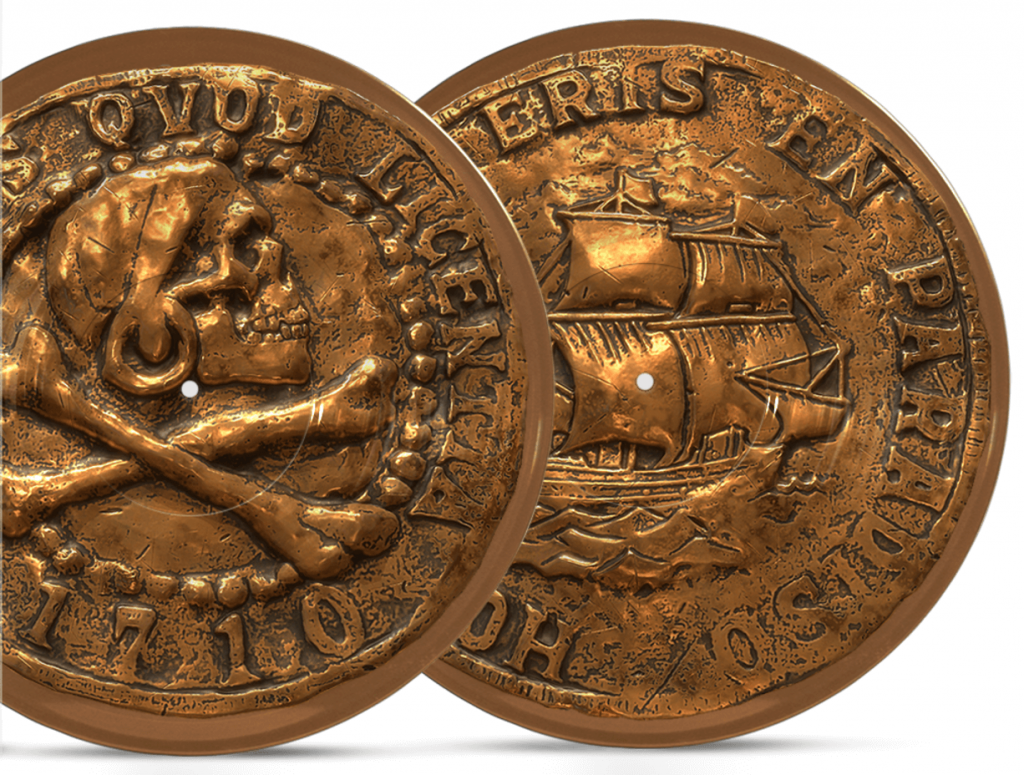 Henry Jackman — Uncharted 4 OST
iam8bit
Picture Disc
Why? — In our “not yet out” category, but have to admire the ambition and aims of texture. 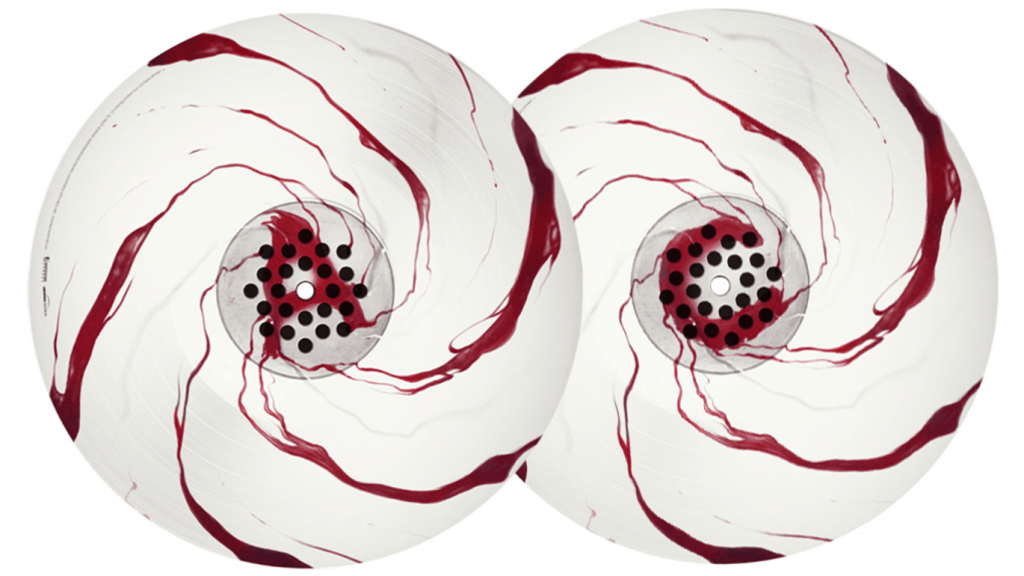 Chris Bacon — Bates Motel OST
iam8bit
Picture Disc
Why? — Another in our “not yet released” category, if they can pull this off…it will be a perfect use of the format and space (I mean look at those center labels).