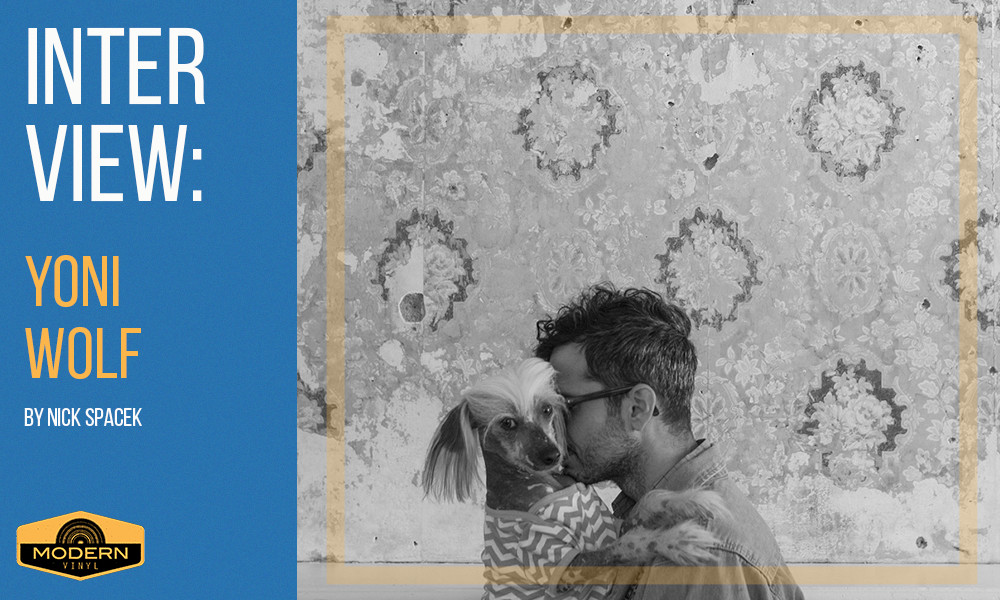 Hip-hop inspired indie act WHY? seems to have reinvented itself with every album, and their latest, Moh Lhean, is no different. For their sixth album, frontman Yoni Wolf took a health scare and translated it into “an incongruous impression of peace and connection to the living.” The album is entrancing, and the sense of joyful warmth is a welcome return to the likes of their 2009 LP, Eskimo Snow. We spoke with Wolf via Skype about Moh Lhean, sonics, and the importance of artwork.

Modern Vinyl: I know you’re not big into explaining the title of the new album, but I’ve always appreciated the way WHY? album titles sound. They have a really pleasant, sonorous quality to them, be it ‘Moh Lhean,’ ‘Eskimo Snow,’ or ‘Alopecia.’ Is that a consideration for you?

Yoni Wolf: Oh, of course. Definitely. Whether it’s soft or it’s harsh — definitely. As the person making the title, you say it to yourself many times, and you’re like, “Yeah, that makes sense,” and you come up with many titles before you have the real one or the one that sticks. You just keep saying it to yourself over the course of many weeks or months, and you think to yourself, “Oh, does this really encapsulate what it’s supposed to encapsulate?”

MV: Going into this new album, I wasn’t sure what to expect, given that your albums always change, but I wasn’t quite prepared for how warm ‘Moh Lhean’ was. When you went in to record, were you aiming for this different tonal quality?

YW: I don’t know if there was any attempt to make it different, one way or the other, but you always take into consideration the material on its own, for itself, how it should sound. A lot of the songs, we recorded on small tape, like 1/4” tape, as opposed to all the other albums, which have been recorded on 2” tape. That’s warm, too, but to me, all the albums have a warmth to me in some way.

I don’t know. You just do what you can try to do for each project to make it sound like what you imagine they sound like. And, you know, they never quite get to where you want them to get, or they’ll go somewhere different, but you do always start with some wish list or something. 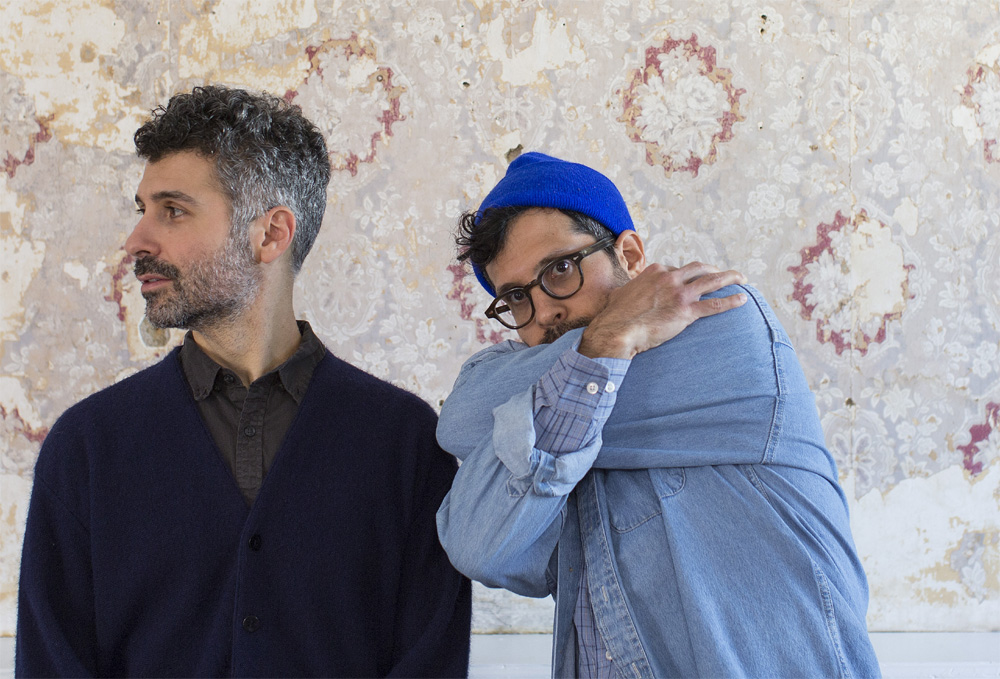 MV: What was your wish list for this album?

YW: I don’t know. To me, this album kind of — it’s one set of material that we’ve worked on in this time period, so there’s some other songs that are different from these songs. But, these songs I wanted to sound like a band playing — like a live-y sort of thing, but impactful and tight, in a way. Not tight in a way like the last album, Mumps, Etc., is super-tight — I wanted it to still have some wildness. I think this one maintains some wildness. It’s hard to tell, or for me to know myself. Maybe I’m too close to it.

MV: I can absolutely see that. That sums it up in a way I couldn’t put my finger on — that live band quality I don’t think I’ve ever quite heard from WHY? before, especially on record.

YW: There’s an album we did a while back called Eskimo Snow, and to me, that album has that quality, as well. What I didn’t get with that album, that I did achieve more so on this one is like, impact. This album has to me, just more in how it’s mixed and stuff, just more of an impactfulness to the percussion and stuff. And it bumps more — for lack of a better explanation – than Eskimo Snow did. This one is maybe more manipulated-sounding than Eskimo Snow, but they’re both sort of live-sounding when it’s playing. And, I mean, it’s sort of an illusion. Half the songs, we did record live, but that goes for most every album we do. 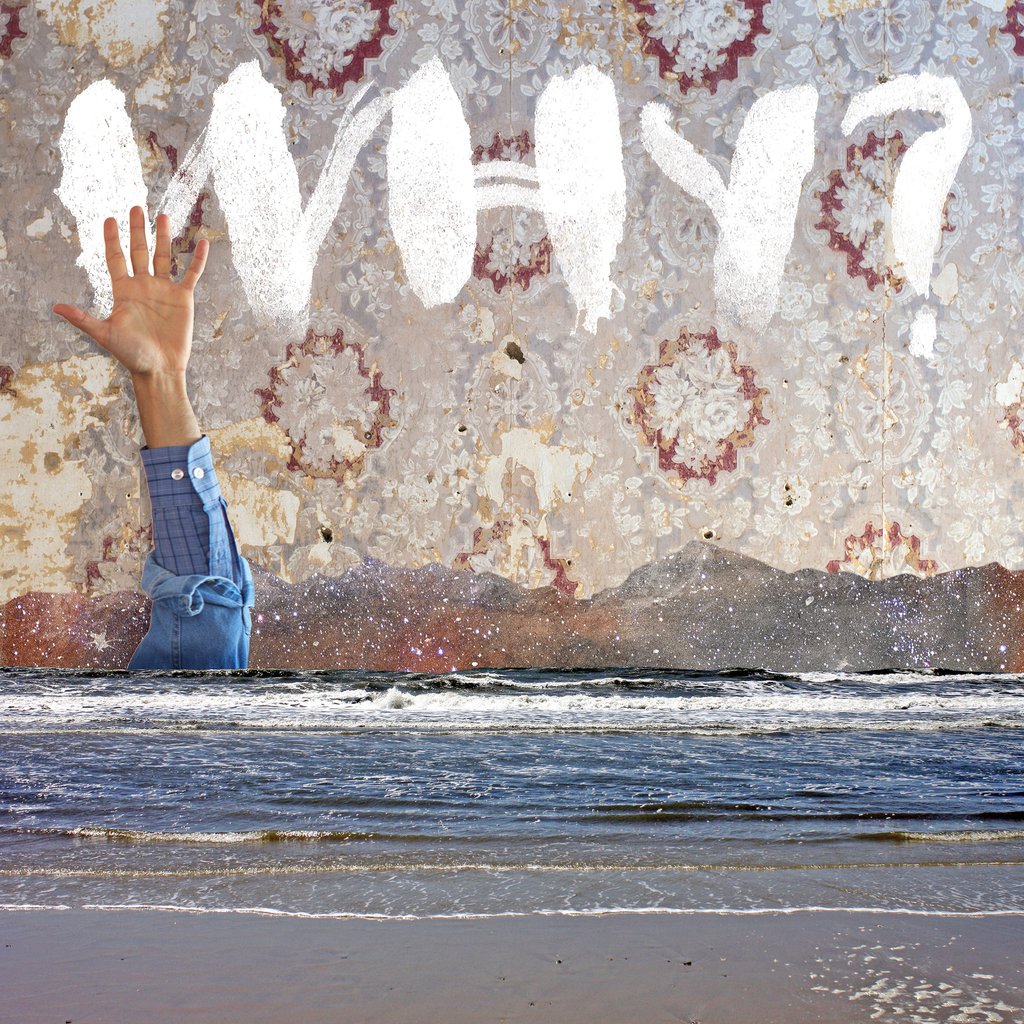 MV: I’m really kind of curious as to what the album art represents. It looks very much like a “not waving, but drowning” sort of thing.

YW: I sort of see him as not either of those things, but like, rising out of the water. Almost like when Hulk Hogan would get the beat down, and then everybody would be like, “Oh, no — he’s knocked out.” He raises that arm, and it’s like, “Nah. Nah,” and it starts shaking — you know what I’m talking about? I see it as that sort of arm, in a way, but I guess you can take it in a variety of ways.

MV: Your interpretation is much more positive than mine, and I greatly appreciate that.

YW: I see this as being a very positive album. I wouldn’t say upbeat — there’s still a tension and a struggle it’s trying to release from, but in relation to other WHY? albums, I think it has a lot of hope and half-full qualities. Way more than those other albums. That’s just because I’m trying to be that way, I think. I’ve tended to be pretty pessimistic and cynical and all that, and I’m trying to be more open and let more love into my heart. You have to say that with a slant, but y’know — trying to be more in the fold of whatever goodness is.

MV: Is that a hard thing for you?

YW: Yeah. I think my tendency is to be pretty dark or anxious or neurotic, and I’m really working on breathing easy. Being light, y’know? I get pretty waterlogged, and I’m trying to wring out.

Moh Lhean is available on vinyl in black or blue variants from Joyful Noise. The album is streaming in full, here.