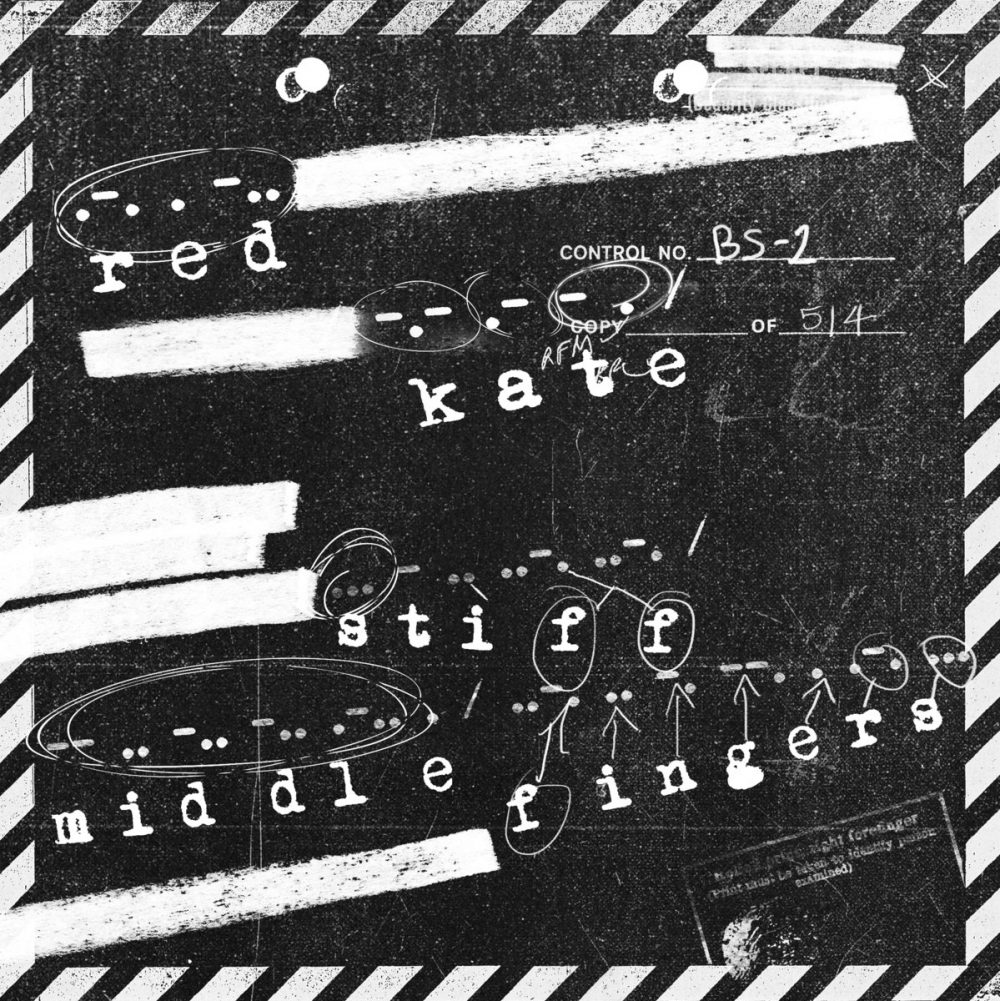 Kansas City’s Red Kate has been punk rocking politically for a decade now, and with every release, their sound has changed a little. On this split with Lawrence, Kansas band Stiff Middle Fingers, the quartet has moved further into a sound which is less straightforward and more angular. While the first song on their side, “Urban Church,” is standard punk rock and roll — with lyrics that use faith as an allegory for love — “Hole” is something new again. It’s two angular minutes, delivered in a country drawl; blues by way of Jesus Lizard. It’ll drop your jaw.

Stiff Middle Fingers’ lyrics are dense and emotional. Reading the lyric sheet which comes with the 7-inch is like trying to get through some very furious poetry. Sylvia Plath and Lee Ving had a baby, and his name is Travis the Turdking. He hollers along about being “Maniacally Delicious,” because “It’s the weirdest thing, when my mood starts to upswing,” and he finds himself burning bridges and dancing in the flames. Cyclical riffs and stop-start rhythms leave you exhausted by the end of their side, and wondering if you might need to consider therapy or maybe a handful of Xanax.

Black Site continues to go with their name and make releases which look like secret government records. Props to the label for using Callender Printing Co., a union press, which further impresses upon the listener the politically-motivated lyrics of Red Kate’s earlier releases. Nice black vinyl, and the split single comes with a download code.

You can buy the album via Bandcamp. 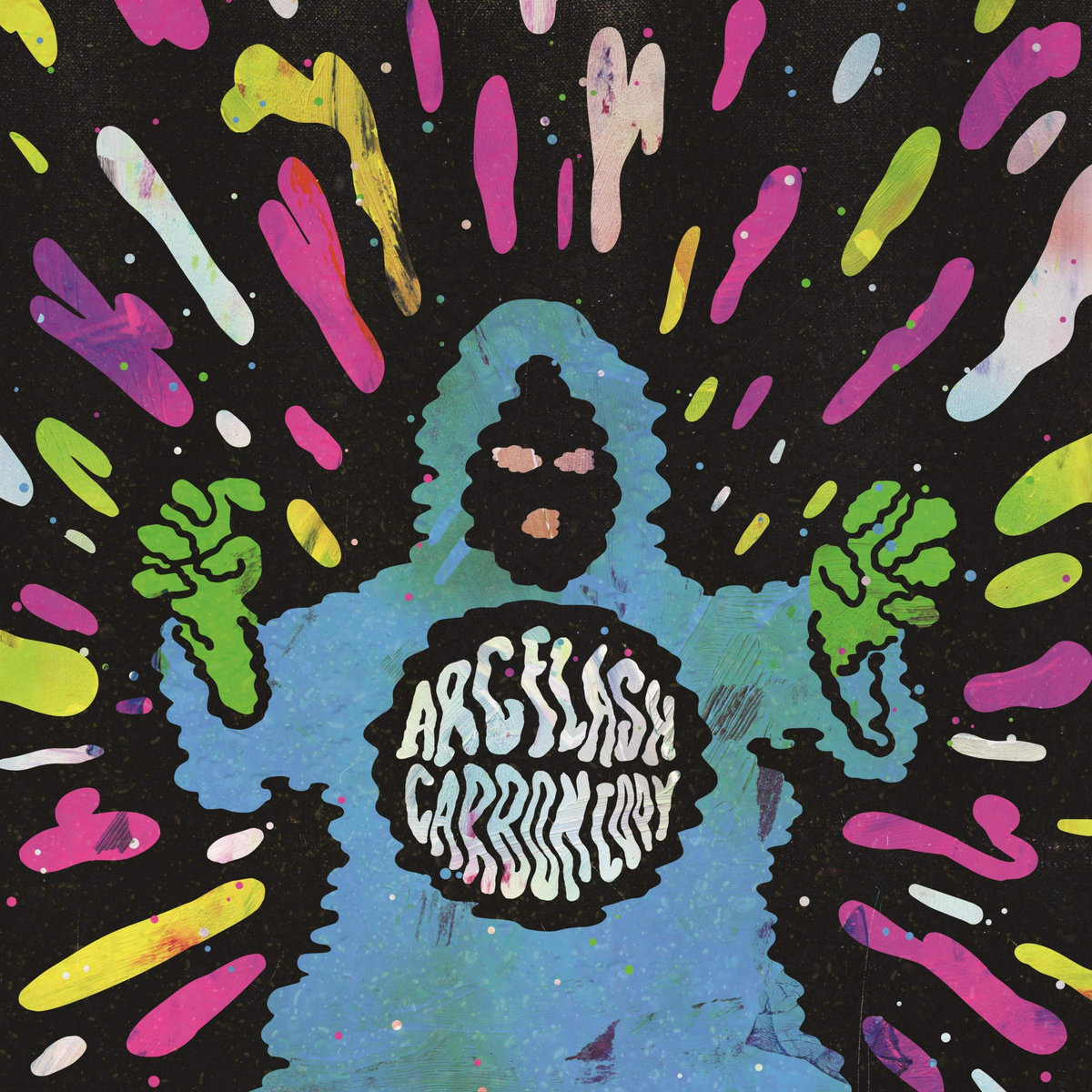 The first minute of Arc Flash’s Carbon Copy is swirling and ethereal, with the intro to “Sync” coming across in a quiet drone of feedback. Then, right about the 57-second mark, it grinds gears from first into fifth, and the album’s off to the races. The sound of Carbon Copy is that of intensity, regardless of the groove: it might be the spacey surf of “Blood” or “Tomb,” the outer space punk of “Divination,” or the epic disintegration of “Tuff,” but it’s all so much. Not too much, but definitely in a “baby, you’re the most” kind of way.

Starting off side two with “Ohmmeter” is a stroke of brilliance, especially on vinyl. It sounds as if the record is stuck in a groove, steadily repeating a bar or two of song, but adding new tones just at the point where you’re about to go over and move the needle. It’s hypnotic as hell. The parallel between that and the start of the first side is a cool trick. The slow start allows Carbon Copy to have exactly two full minutes of music that aren’t attempting to wear you out, giving the listener a moment to let their engine warm up before they punch the accelerator again.

Oh, god, this package looks gorgeous. The sleeve is a matte finish that really lets the wild colors pop, which continue on into the liner notes. The vinyl is a total contrast, as the limited edition version comes on milky white vinyl with a black center. It’s definitely far more sedate than the cover art, but no less strikingly gorgeous. There’s a boss insert with thank-yous and Polaroid images of the duo, with more colorful, blobby art on the flip, too. The LP comes with a download code.

You can buy the album on vinyl from High Dive Records and on cassette at Whatever Forever. 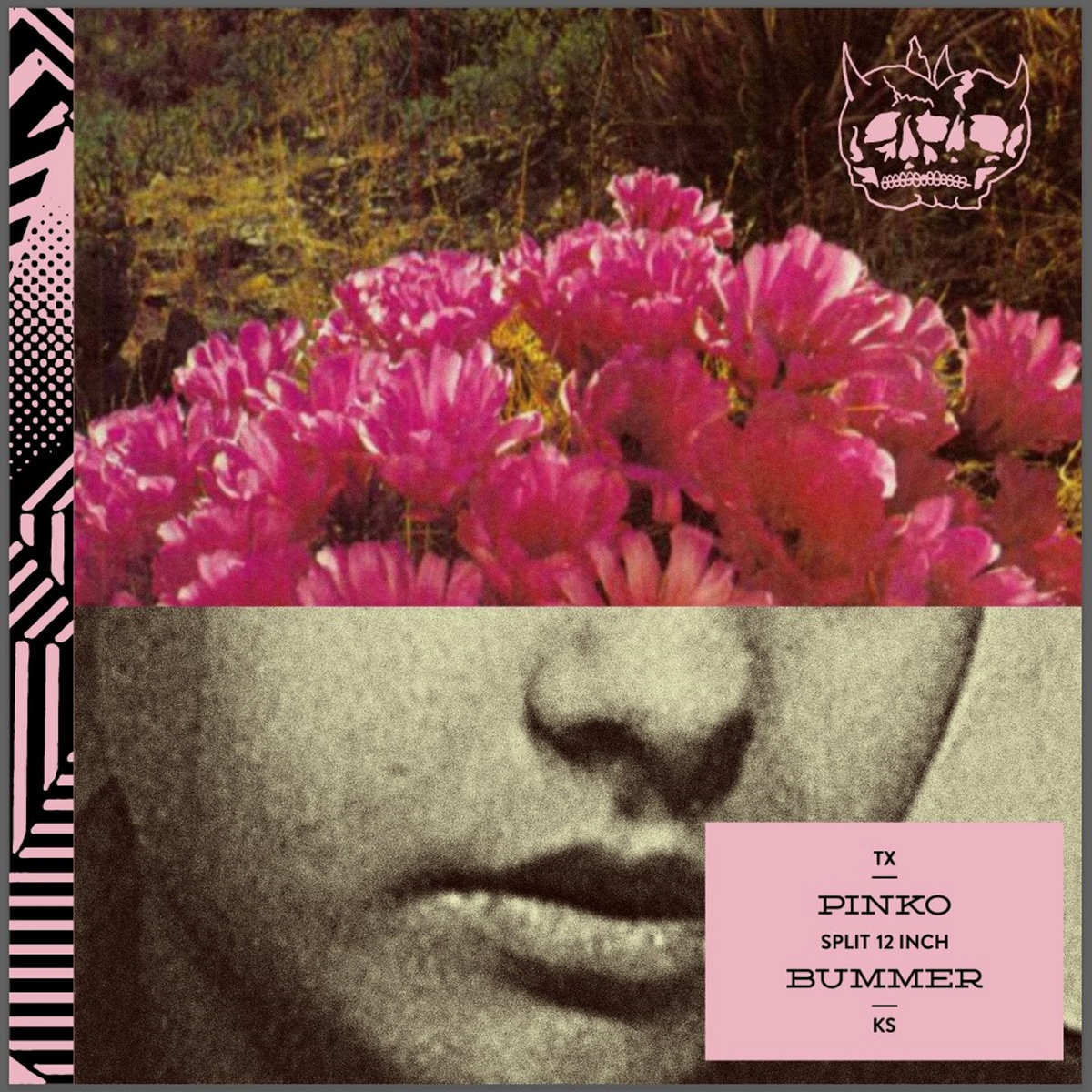 Two trios — Kansas City stoner metal act Bummer and the emo meets hard rock of San Antonio’s Pinko — team up for a split 12-inch, and good lord. This split is heavy. Really heavy. If the weight of the vinyl was equivalent to density of the riffs from Bummer and Pinko, it would cause a black hole to open up on  every turntable it encountered, pulling in every long-haired hesher before they’d had a chance to bang their head even once.

Bummer and Pinko are both heavy, but in different ways. Consider it as such: Bummer is the equivalent of someone slowly and steadily beating you with a baseball bat, while Pinko is akin to being rapidly slashed with a razor. They’re both intense experiences, but for very different reasons. The two bands mine certain aspects of ‘90s heavy rock in different ways, as well: Bummer’s low-end throbbing sludge is somewhere between Unsane and later-era Nirvana, whereas Pinko is firmly in the camp of Jesus Lizard, with just a hint of Helmet’s rhythmic tonality.

The split come in a cool-as-hell foldover sleeve, which I’m usually 100% against, but it really works for this release. There’s just so much pink: the sleeve, the photocopied liner notes, and even the slip of paper on which the download code is printed. Sadly, the vinyl is not pink, but black, but it sounds great.

The Bummer/Pinko split is available on vinyl from High Dive Records.