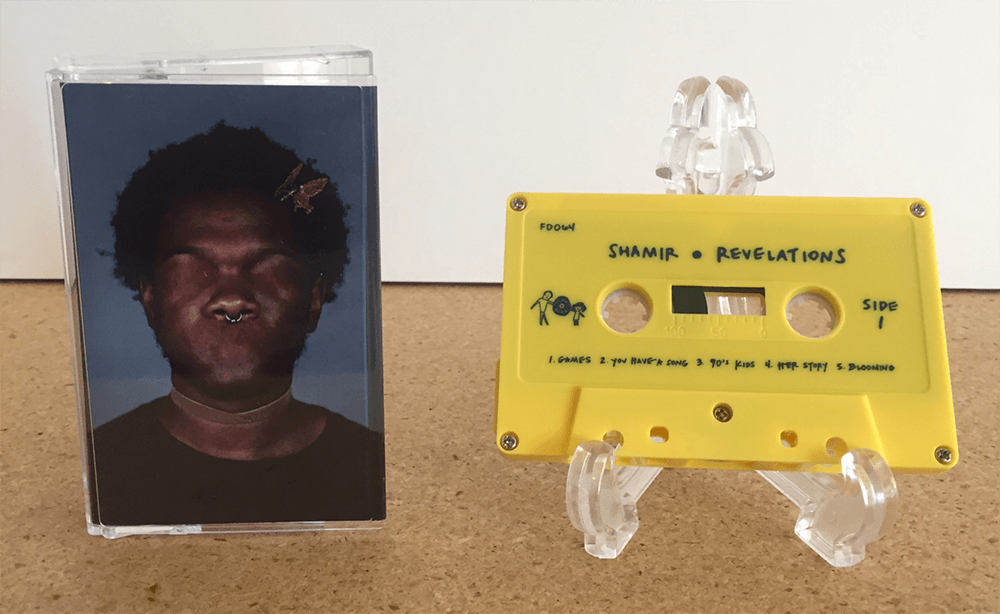 Revelations, the upcoming album from Shamir, is available on cassette over at Father/Daughter. The tape run is limited to 500 copies, and every purchase before release date (Nov. 3), includes a $1 donation to the Mental Health Association of Pennsylvania (Shamir’s latest stop is Philadelphia).

After quickly rising to underground fame with his Northtown EP in 2014, the DIY popstar made a sonic splash with Rachet’s lead single “On The Regular,” a poppy banger and commercial success. But how to follow all that up? Shamir, who came from the dusty dunes of Las Vegas, to Brooklyn’s Silent Barn, to the Philly indie scene (and all over the world in between), wanted to go back to what had inspired him from the beginning. Outsider music, country & punk. Raw & vulnerable tunes, stripped down to their emotional core. And what do you do if XL drops you? If you’re Shamir, you put out an album you recorded yourself all in one weekend, whilst questioning the decision to quit music. The record was called Hope and Shamir self-released it via SoundCloud during the spring of 2017, with no promotion or label support. Regardless & naturally, it was a critical hit.

The whole album is streaming via NPR. I’ve been hearing good things about this record for months now, so join me in giving this one a shot.