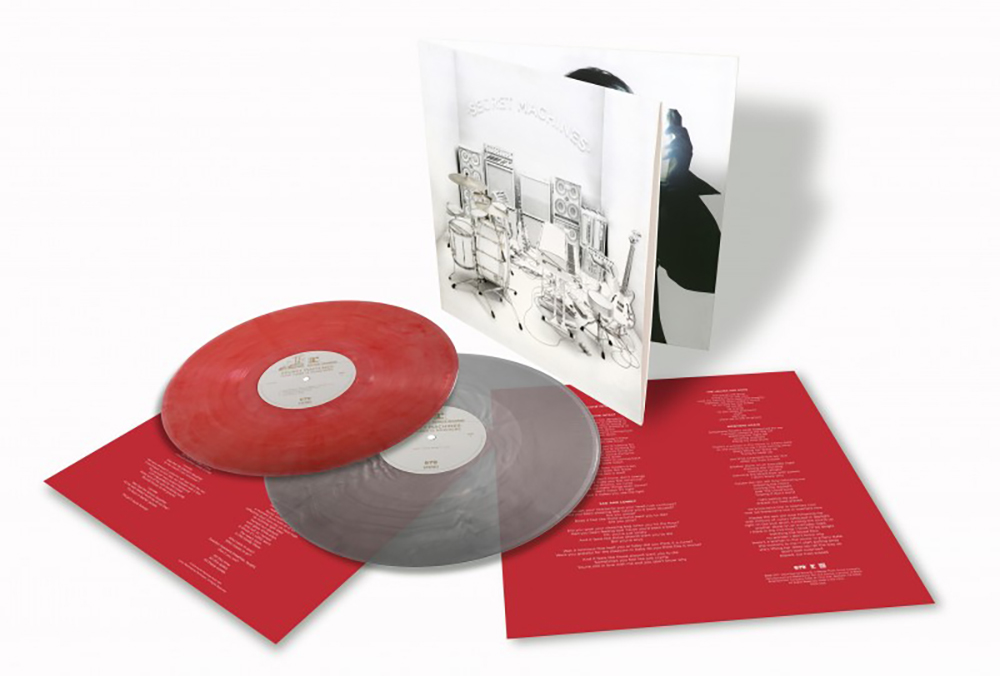 The last four releases from vote-on-it reissue label Run Out Groove showed up in one big box, so we’re running them all down. It’s a whole lot of rock to get on top of.

Shipping in October was the Stooges’ Highlights From the Fun House Sessions, which is a double LP release of alternate takes to the band’s classic 1970 album, Fun House. The seven-disc CD box set, 1970: The Complete Fun House Sessions, was released in 1999 by Rhino Handmade, and features every bit of tape recorded during the process of making the album. It’s, as you’d expect, exhaustive.

The Highlights double LP is definitely an easier listen than working one’s way through 28 takes of “Loose.” It’s also cool that many of the tracks here are different than those included on the 2005 reissue, making this something new and exciting for those who’ve not dug into the box set. There are two versions of “T.V. Eye” and “1970” here, but there’s also “Lost in the Future” and “Slide (Slidin’ the Blues),” two tracks which never made it onto the original release, balancing things out well. 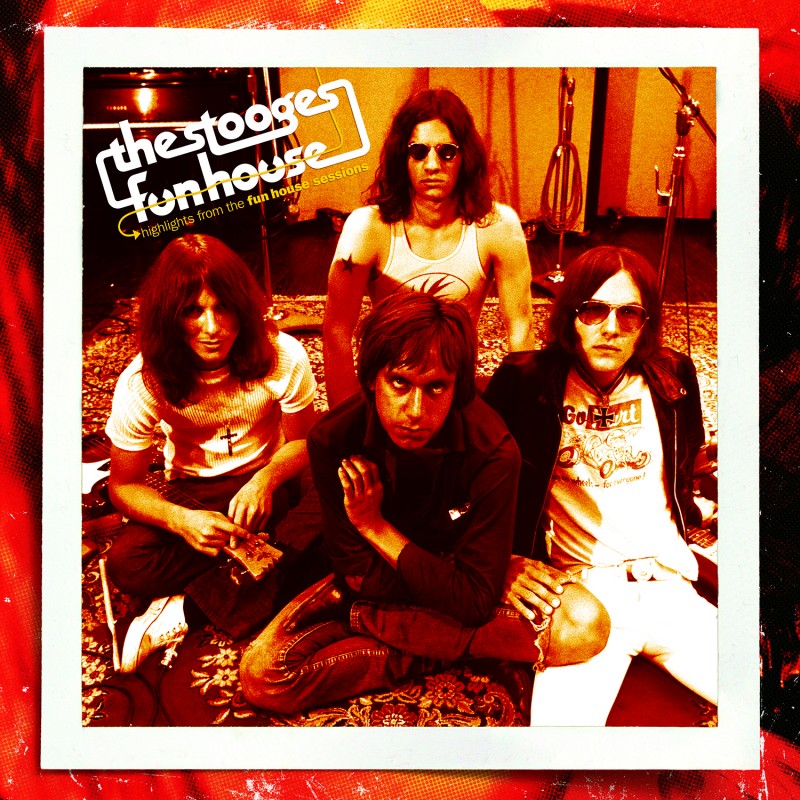 The highlight here is the skronky, free-jazz inspired workout on “L.A. Blues,” here dubbed “Freak,” which runs the entirety of the second disc’s side D. It’s a lot to take in, but it’s masterful, really showing a side of the band which frequently gets shunted to the side in light of all the self-harm and ripped abs. Using “Lost in the Future” and “Slide (Slidin’ the Blues)” on the previous side to lead into it really works, as well.

The downside to the Highlights release is that the fidelity of the music just isn’t there. These are raw, but tinny. The post-production work on Fun House really punched things up, and hearing “Down on the Street” without the roaring guitar and pulsing rhythm section leaves it feeling deflated. “T.V. Eye,” both in its regular incarnation and “See That Cat” form, barely manages to capture the roar which opens the song. It’s like a kitten trying to meow: cute, but nothing like the real thing. 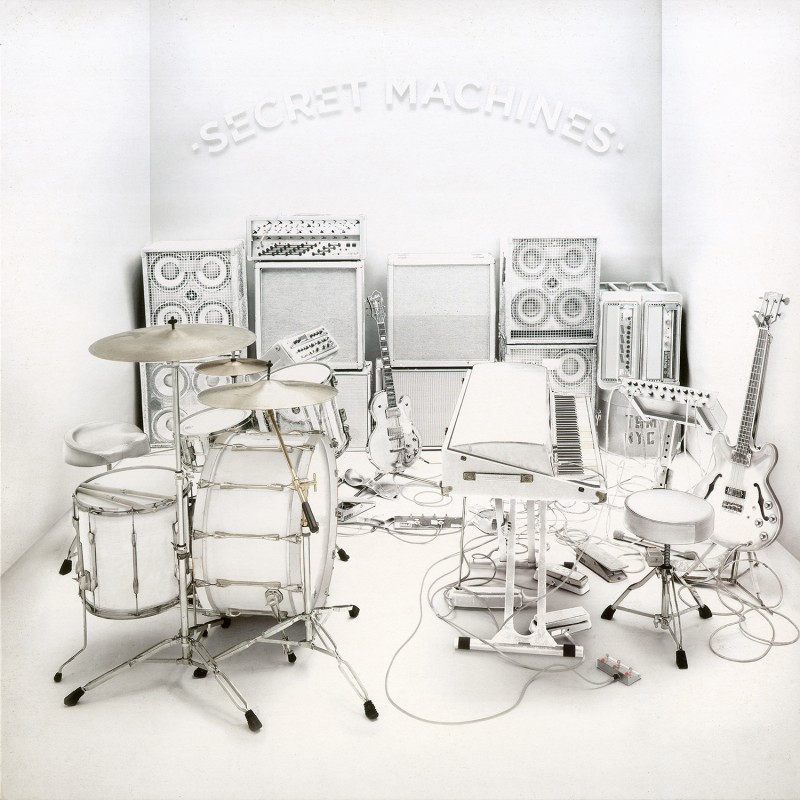 Secret Machines’ debut full-length, Now Here Is Nowhere, has been out-of-print on vinyl since 2004, and it was only ever available as a European import from the UK’s 679 Recordings. It’s still a surprisingly low pressing number — 1,625 copies — for an album which easily fetches $50+ on the secondhand market, but given the fact the Dallas space rock trio were always more critical darlings than mega-sellers, it’s not too terribly surprising.

The pressing looks amazing: an aqueous gloss gatefold jacket with printed inner sleeves, which house one LP on clear with silver swirl, and the second on clear with red swirl 180-gram vinyl. There are no bonus tracks or extra liner notes, making this a pretty standard repress in terms of content, but the presentation is still top-notch.

The music has always sounded pretty amazing, but this particular pressing is clear as a bell. The low-end is spectacular, really emphasizing that motorik krautrock groove which has been the band’s hallmark. The first and last tracks, “First Wave Intact” and the title song, each get their own side. The songs stretch out to fill the space, and Secret Machines’ swirling, interstellar vibes come through full force. It’s pretty easy to track down a copy of Now Here Is Nowhere, even though it was released back in August, and while it’s still not cheap, it’s worth your money. 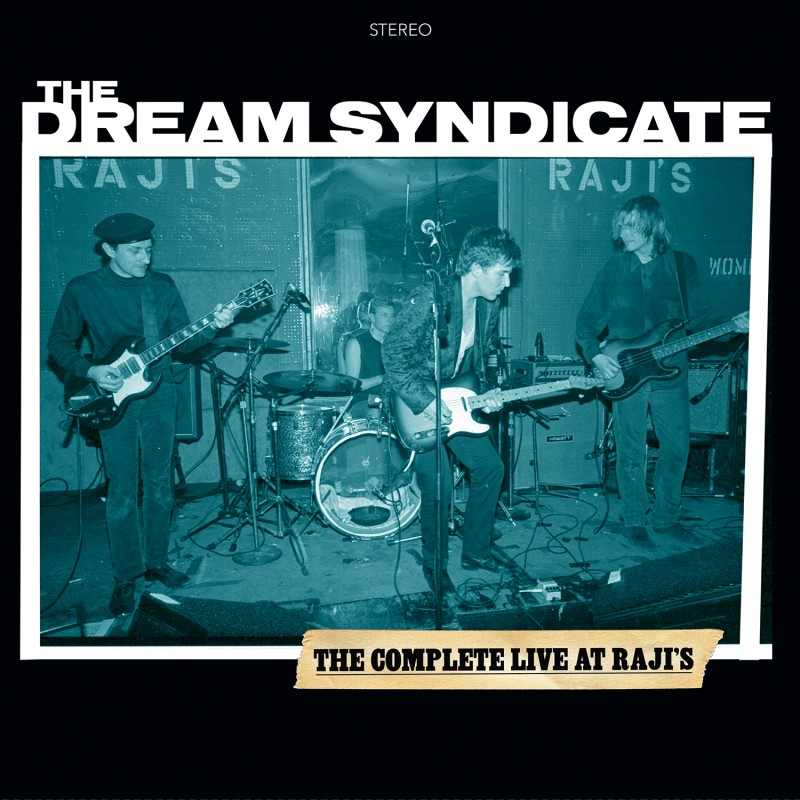 Two live albums wrap everything up. The Dream Syndicate’s farewell album, Live at Raji’s, is released as a double LP version, titled The Complete Live at Raji’s, which is a vinyl edition of the 2004 double compact disc. It’s an excellent iteration of the band, and representative of the outfit’s post-punk meets power-pop sound.

If you’re unfamiliar, this is the perfect introduction to what they do. There’s a selection of rockers, power pop jams, and psychedelic Paisley Underground tunes, all really robust. Live records can be poorly mixed in so many ways — vocals too high in the mix, low end lacking, or guitars lost in an attempt to balance out the low end and vocals — but Live at Raji’s sounds like you’re standing right there in the sweet spot.

The record is a real headphone experience, and a track like “Until Lately” will have you glad you’ve invested in the good ones with the long cord as you’re bopping around next to the stereo. And that’s really the appeal of this live Dream Syndicate album: it sounds like you’re at a show, but with the absolute best sound ever, and nobody spilling drinks on you. 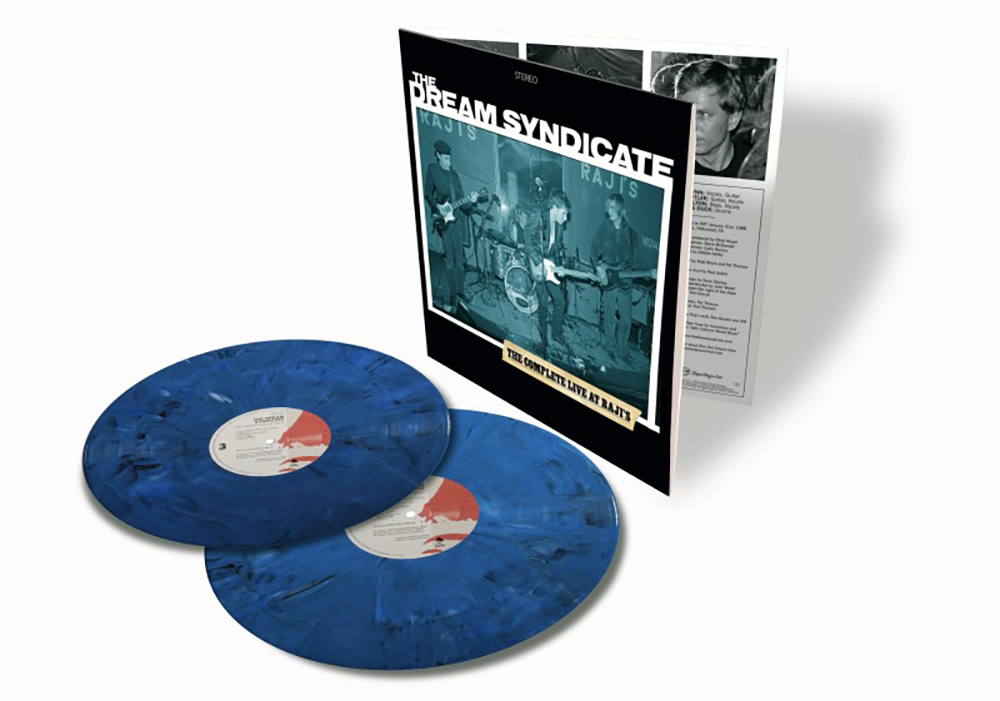 Listening closely, though, you see why certain tracks were left off the original, single LP release. The guitars on “When You Smile” really go into the red, as does “Tell Me When It’s Over.” Additionally, the cover of “All Along the Watchtower” is decent, but seems pretty perfunctory in the midst of the band’s originals.

Overall, though, it’s a really nice package, with some gorgeous blue marble vinyl, in a heavyweight, but non-glossy tip-on gatefold jacket. There’s only 1,349 of these pressed, so if you’re a fan, this might be one of the more difficult Run Out Groove releases to track down.

The heretofore unreleased 1997 concert by Morphine, recorded live at the Warfield Theatre in San Francisco, might be the best thing yet released by Run Out Groove. It’s the sort of thing that the label was designed to do: not a reissue, not something that’s been parcelled out on compact disc, but a completely unreleased, amazing sounding record.

The setlist for this show is like a greatest hits for the Boston band. “Honey White,” “Thursday,” “Cure For Pain,” “Swing It Low,” “Early to Bed,” and more all get the treatment, and they’re sequenced in this way which lets the set ebb and flow in a really smooth way, but still allow for some stylistic turns. “Honey White” and its frantic, tire-squealing speed sax go into the smooth and swaying “Cure For Pain,” and you’d think it would be awkward, but it’s the most natural thing in the world.

Morphine was always a band which defied genre categorizations. They were a rock band, a cocktail trio, a psychedelic jazz group — all these and more. But they were primarily a band that made you feel like they had figured out a way to hit that sweet spot deep in your soul and fucking move you. This is music that leaves you swaying, nodding your head, shaking your hips, and if you’re completely still while these 17 cuts spin under the needle, you might as well accept the fact that you’re dead inside.

The double LP comes on black vinyl, in a glossy tip-on gatefold jacket. There’s a little write-up about the show itself, and five testimonials by fans about why Morphine was such a great live band, but the label has wisely allowed the music to speak for itself. It does so loudly and clearly, and you’d do well to listen.

Upcoming releases from Run Out Groove include an unreleased Marshall Crenshaw live performance from 1982, titled Thank You, Rock Fans!!, an expanded double LP version of Delaney & Bonnie & Friends’ Motel Shot, a Dr. John singles and rarities collection titled Professor Bizarre’s Funknology, and Lou Johnson’s Sweet Southern Soul. You can purchase titles and vote for the next release at Run Out Groove’s website.