Best of 2017: Top Music Packaging (vinyl and other formats) 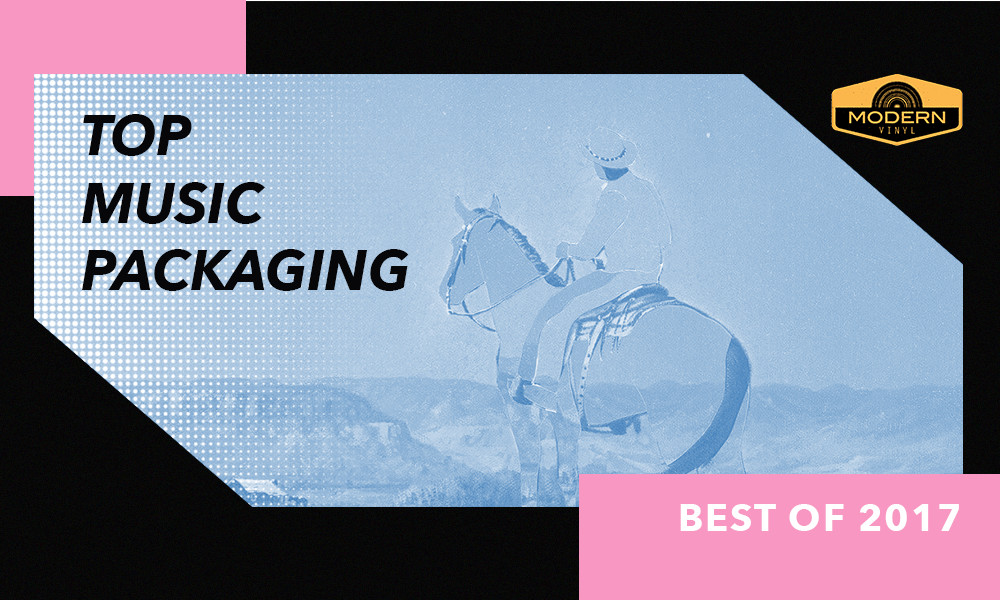 Given to a non box-set: a visually striking 2-panel jacket or 4-panel gatefold jacket.

The National — Sleep Well Beast
4AD Records
Let’s just pretend the white variant doesn’t exist. Because the dark blue, when paired with the sharp inner sleeves, is the only version of this record that should legally exist. Let’s go back to those sleeves. The triangle and top rectangle notches cut from its 12″x12″ dimensions, as Behance describes, “riffs on corporate branding,” in particular its misleading cleanliness and its “graphic guidelines” (a cut from the De Stijl school). From the shortening of that band title (Ntl.) on the center labels, to the packaging sticker covering up the house scene on the cover artwork, to the clean, sectioned lyric treatment and back tracklisting, to the corner deboss (or stamp) on that previously mentioned inner sleeve: it all works toward this central aesthetic and goal. You won’t find a better “regular” release this year.

Iron Chic — you can’t stay here
SideOneDummy Records
The gold foil accents here are pitch perfect, the teeth revealing something quite sinister as they pass under a light source. Run your hand across the back and feel the edge of that blade as it travels down the tracklisting. The roughed up, chipped cover art just adds to the impressive tone presentation. Nothing overly fancy, but it doesn’t require more to make this list. 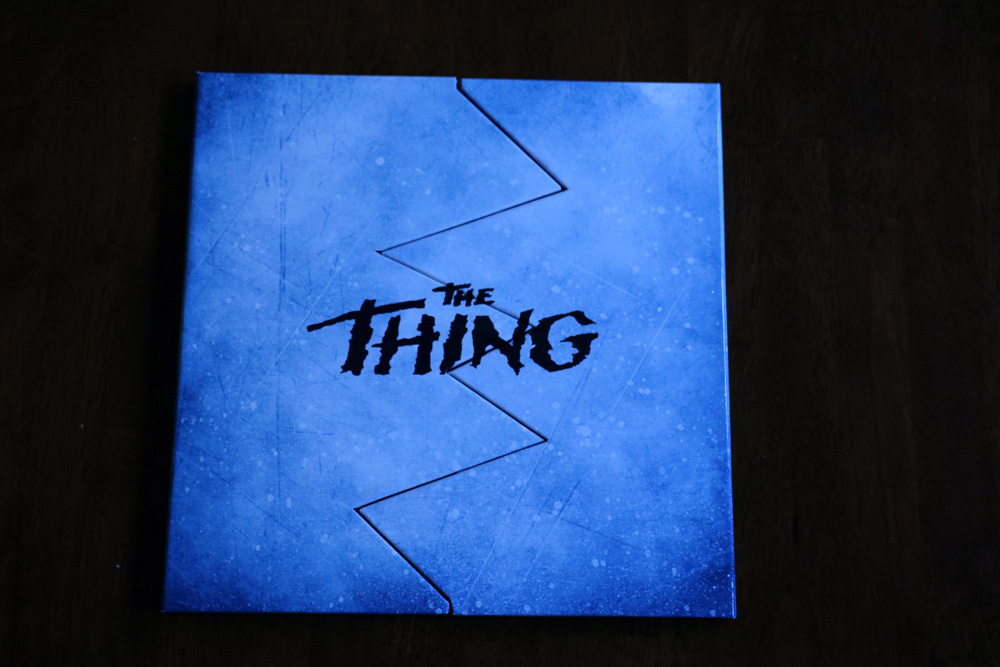 Ennio Morricone — The Thing OST
Waxwork Records
A double winner here (also took home a Top Variant prize for “Ice”), Waxwork’s release of Morricone’s famed The Thing score features quite the inventive slipcase. The “custom hand assembled” case breaks open, much like the ice that encases the dreaded infection (until you know, a certain point). Here, that break also reveals the film’s map, with its own, impressive “UV spot-gloss varnish.” In our April review, writer Nick Spacek correctly identifies the issue with its pricing, stating: “You’re basically paying an extra $35 for a nice slipcase and a four-page interview, which will likely be in a book released later. It’s super-cool to open up, and damned if it doesn’t look pretty as hell sitting around, but when it comes down to it, there’s not a whole lot extra here.” But if we’re looking at pure creativity (regardless of price), the cut of the case, along with the underrated back cover art and insert art (seriously, both by Justin Erickson could be released as posters), this stands above. In a year where boutiques went a little Thing crazy, this treatment is my favorite. 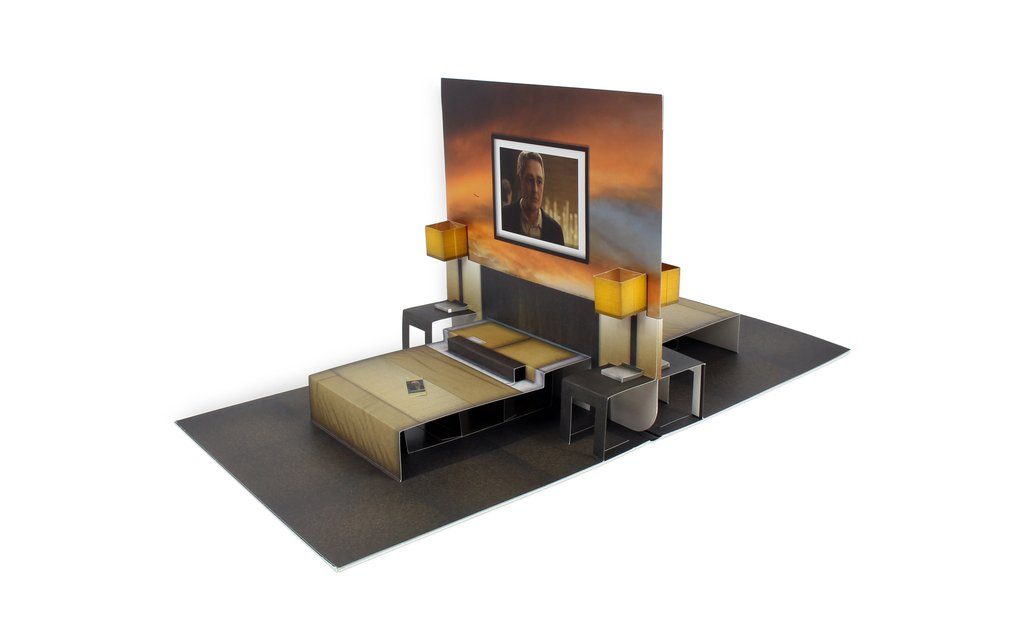 Carter Burwell — Anomalisa
Mondo
Alan Hynes, on last year’s list for his destructive Fight Club work, is back with design and layout of a pop-up gatefold for the Anomalisa score. The two rooms, along with inner sleeves that resemble hotel keys, allow the uninitiated listener to match scene and score. And somehow, we’ve yet to mention the great front and back cover art, a smudged tracklisting again bringing to mind a very specific scene and mindset. For a dedication to source material and ingenuity amongst the 4-panel space, Mondo reigns supreme once again. 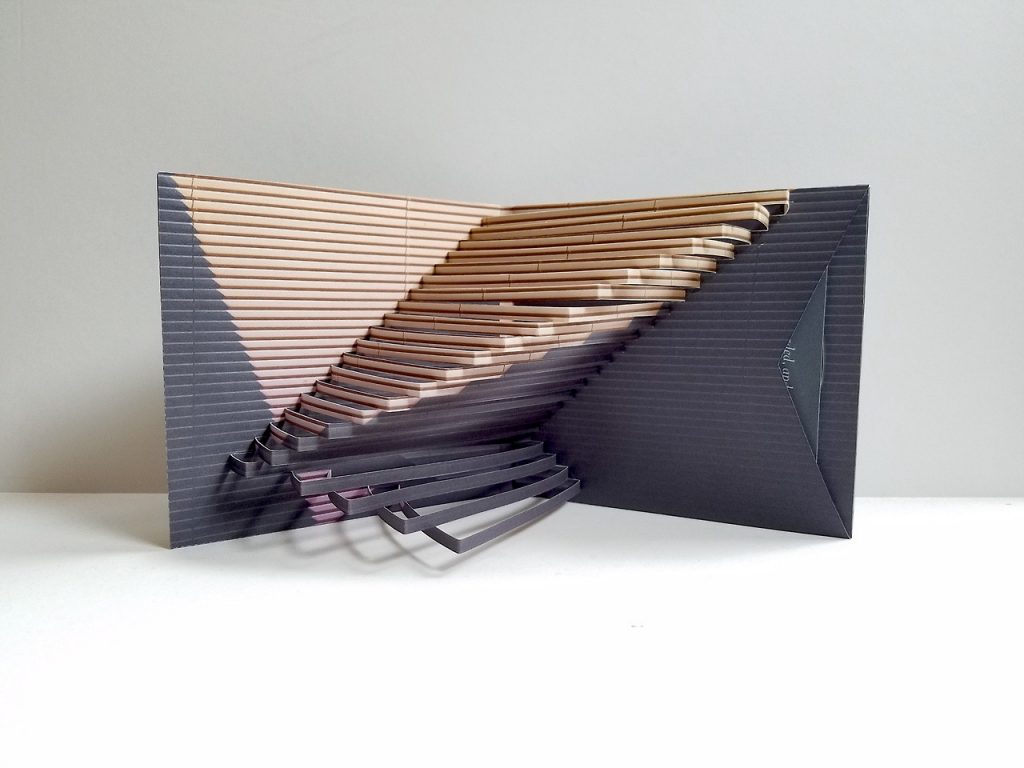 Half Waif — form/a
Pavonine Packaging
Pavonine will keep making this list, basically every year…that is until they stop being evil geniuses. This time, it’s for their work with Half Waif and CD packaging for form/a. The front cover pattern is somehow matched by the CD gatefold, culminating in one of the most striking music packaging jobs I’ve seen all year.

The “Piece of History” award goes to vinyl packaging that’s both needed in a historical sense (reissue, historical project) and that lives up to its billing.

Unpacking the #Voyager #GoldenRecord pack I gave Mick for Christmas. Listening to multilingual greetings and sounds of Earth #science #adorkable

Various Artists — Voyager Golden Record 3xLP Box-Set
Ozma Records
The Golden Record got its long-awaited reissue this year in the form of a 3xLP box-set. The 140-gram translucent gold vinyl actually looks that color, a minor miracle in the history of “gold” vinyl, while the package also included an impressive slipmat, pin and 96-page booklet. For dealing in one of the most mythical white whales of all time, Ozma nailed it.
Non mock-up pictures available here and here. Find the video embedded above for the record in motion. 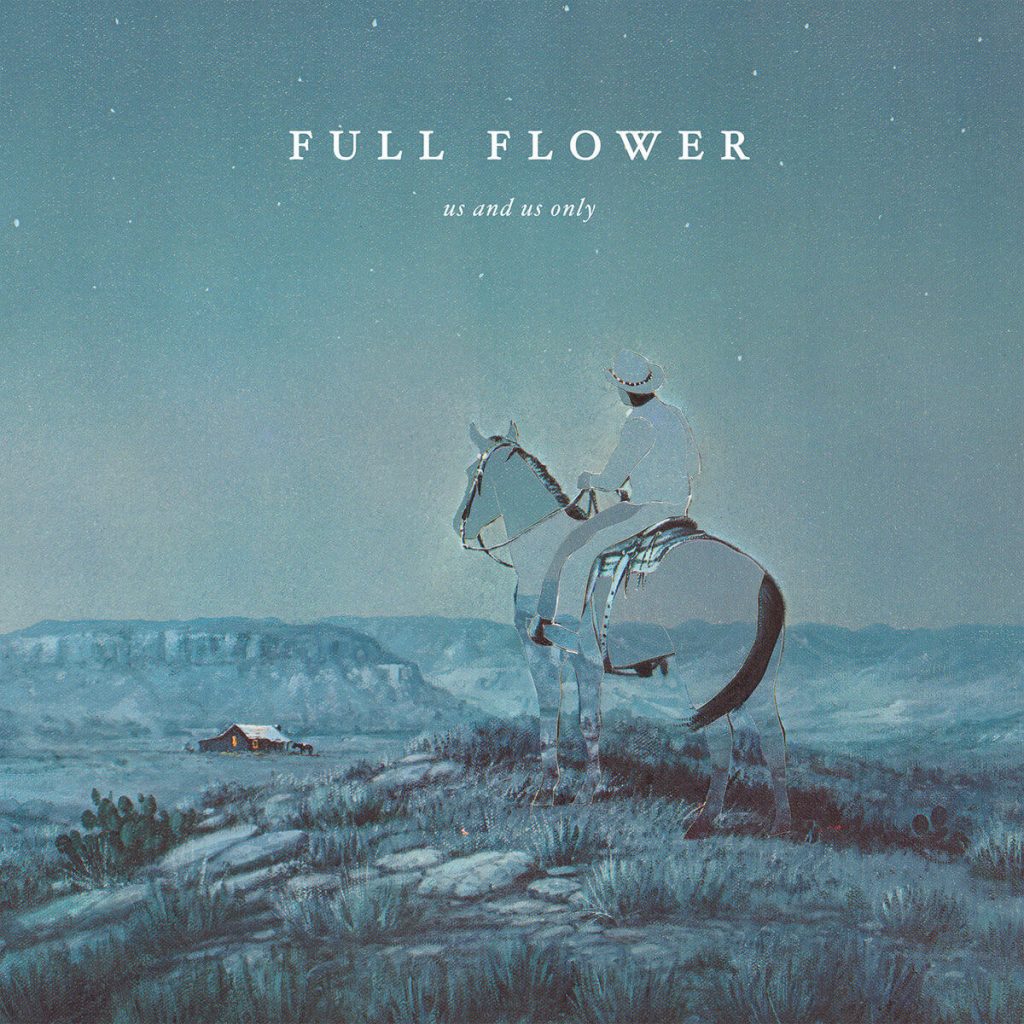 Us and Us Only — Full Flower
Topshelf Records
Where to start with Michael Tunk’s work here. Is it the cool color choices, with the warmth achievable, yet in the distance? Is it the choice to go transparent with our cowboy? Is it the incredible detail one wouldn’t expect in such a vast landscape. It’s probably just everything. Whatever the answer, this is the best artwork put on a 12″x12″ album canvas this year. 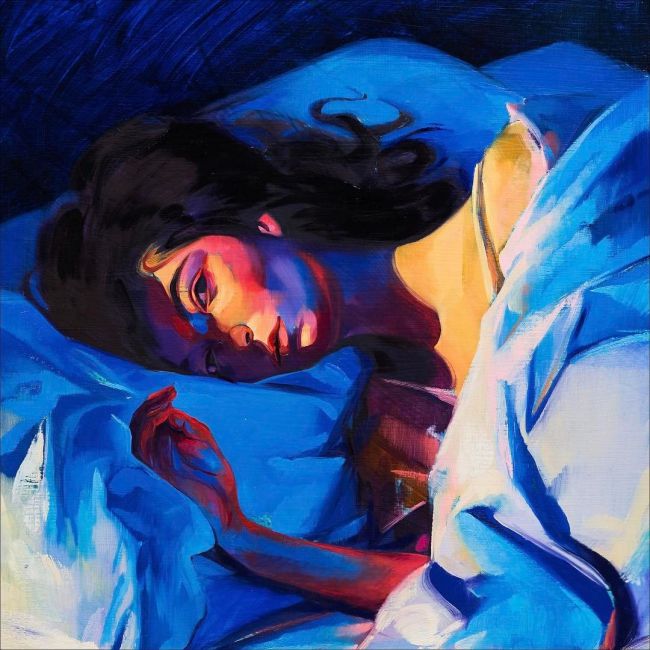 Sam McKinniss detailed the process of creating the Melodrama artwork in The New Yorker, stating the pop-star wanted “to be a teenager in my bedroom after a long night, at daybreak.” What resulted is an iconic piece, not just because it matches that thematic desire (and thus the album’s aims), but because it captures a color palette most young adults find themselves facing. Darkness, with a bit of light breaking through, after a long day.

Archie Alone — ST
Why?: The opening mailbox, the slate color scheme. Another great job by Pavonine.

Kristofer Maddigan — Cuphead OST
Why?: Shipping out in early 2018, the “Cuphead” packaging matches its era aesthetic, with the “beautiful folio design.”

Jerry Goldsmith — Alien Box-Set
Why?: Between the evolution of the title sequence, mimicking the famed trailer, and the overall artwork by the great Tyler Stout, another Mondo winner.

Weird Al Yankovic — The Complete Works
Why?: Placed in the honorable mention section as I haven’t seen the quality of the physical materials, but you can’t knock its ambition, meant to mimic an accordion. The records fit into the folds of the instrument.

Radiohead — OK Computer Box-Set
Why?: Would certainly fall into that “Pieces of History” category, in which the band’s landmark record is honored in full. 40-page book, 104-page notebook, cassette and more.