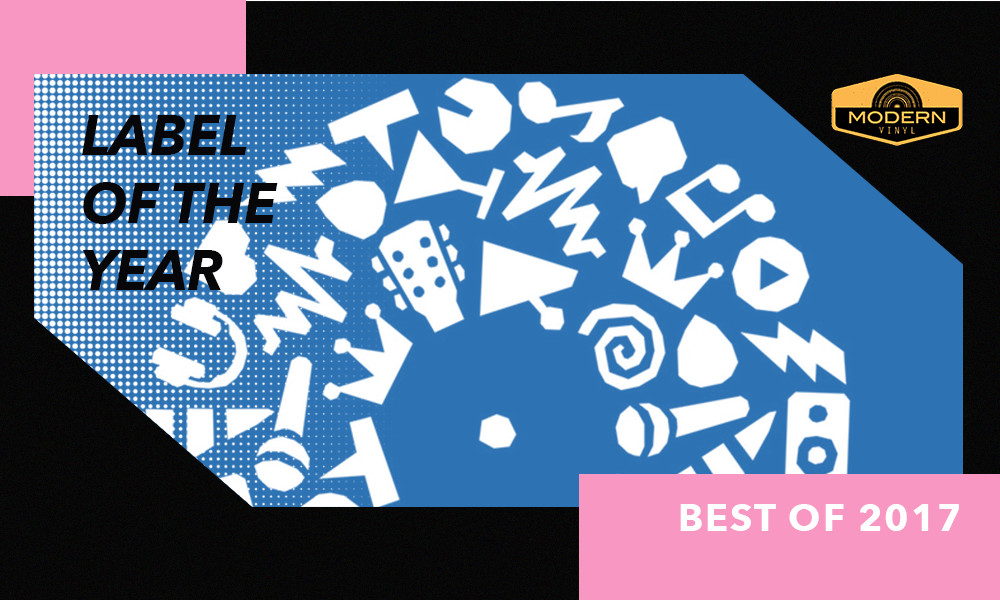 Coming Soon:
Albums of the Year

Vinyl Me, Please isn’t just the premier record subscription service on the market, it’s one worthy of altering expectations regarding this method of music delivery. It’s one that’s turned this writer around on the general idea, no longer caught up in consumer choice (my main complaint was often, “why don’t they just go to a store and PICK THEIR OWN RECORDS”), but instead enamored with presentation possibility. While your traditional label will certainly have an advantage in artist introduction and the more organic movements of the greater music industry, what Vinyl Me, Please has been able to accomplish in both its “Record of The Month” program and additional reissues has been nothing short of impressive. They’ve scored vinyl “white whales” for the ROTM arm, releasing sought-after versions of Gorillaz’s Demon Days (full review) and Fiona Apple’s Tidal (full review). They’ve piggybacked off modern day releases — St. Vincent’s Masseduction and Moses Sumney’s Aromanticism — making sure supplemental material has been enough to push it over retail (their podcast with the St. Vincent release is a great listen). And they’ve been the 3rd, 4th or 5th pressings on other releases — The National’s Boxer, or the self-titled from Betty Davis — producing standout versions (full review of Betty Davis).

Their sound quality and mastering choices consistently scored highly with our review writers, and I’ll let Nick Spacek talk about their Gorillaz release:

The half-speed mastering really lets this album breathe. Demon Days is crammed with sounds on each and every track, but the bigger grooves let the individual elements come through in a way I’ve never before experienced. “November Has Come” is so sparse as to be austere at its beginning, for instance. However, the perfect example comes at the start of side B. “Dirty Harry” has two different kinds of keys, a children’s choir, handclaps, strings, drums, and more, but what was before almost claustrophobically dense, now feels like this breathtaking expanse. The low end will rattle your house, but the various swirling strings effortlessly float on top. It’s taking the sounds from a basement club to a massive arena, with no loss of impact.

Vinyl Me, Please, having recently incorporated a magazine into their operations, has a built-in advantage to giving these reissues everything they deserve. What other label can provide a podcast and four different long-form pieces regarding a National reissue? It’s a rewarding structure for subscribers and one that’s built for success in the future.

Traditional label or not, Vinyl Me, Please is our label of the year.

Father/Daughter Records
Great releases from Diet Cig, Vagabon and Nnamdi Ogbonnaya. Honestly, even if the label had just introduced us to the latter two, they’d still be high on this list [Chris Lantinen].
Visit Father/Daughter

Spun Out of Control
A label making tapes that are actually good-looking, sound amazing, while also furthering the art of electronic music [Nick Spacek].
Visit Spun Out