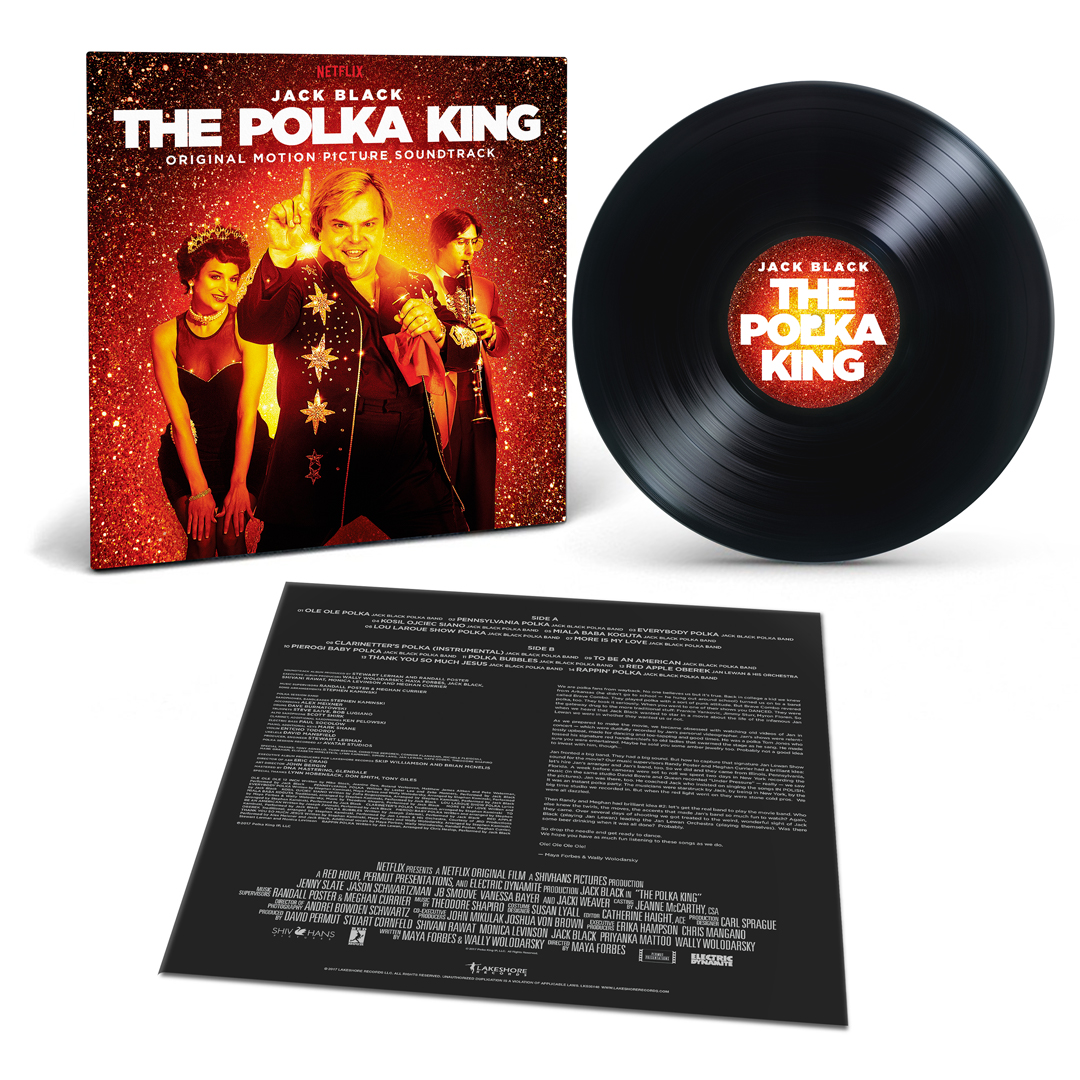 Lakeshore Records is releasing the soundtrack to The Polka King on vinyl, a soundtrack which features “12 brand new Jack Black vocal performances.” Speaking of the Tenacious D frontman, Black provided this quote to Modern Vinyl as part of this exclusive:

“In these days of downloads and streaming music, the delicious sonic experience of the needle drop into deep vinyl grooves is especially satisfying. There is no better way to enjoy these polka jams than on a good old-fashioned turntable. Whether it be at a family gathering around the hi-fi system, or at a festive polka party DJ booth, or alone with headphones — listen to The Polka King soundtrack on vinyl. You won’t be disappointed… we’re bringing polka back!”

The pressing is on 140-gram black vinyl, with liner notes by the writers, producer and director of the film.

The pressing will be released on Feb. 16.