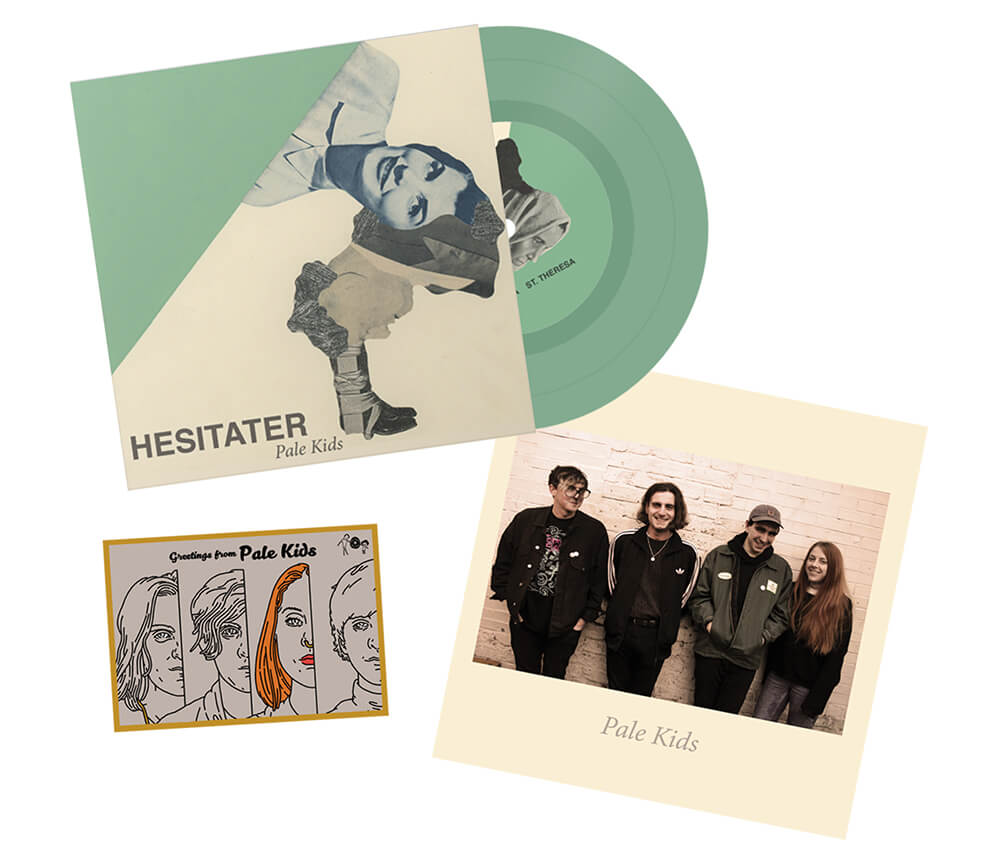 The new Hesitater EP from Pale Kids is being released through Father/Daughter Records. They’ve got a 500 copy run on doublemint green. A band bio references Martha, but I can’t help but hear The Thermals, vocals prioritizing narrative precision over technical rigor.

Since the beginning, the band’s been vocal champions of their queer identities, while wrapping their pop hooks in short, bombastic punk songs. With the release of Hesitater, a new three-song EP coming March 23 on Father/Daughter Records, the band takes another step forward, writing the strongest melodies of their short career, while still crafting lyrics that pack a meaningful punch.