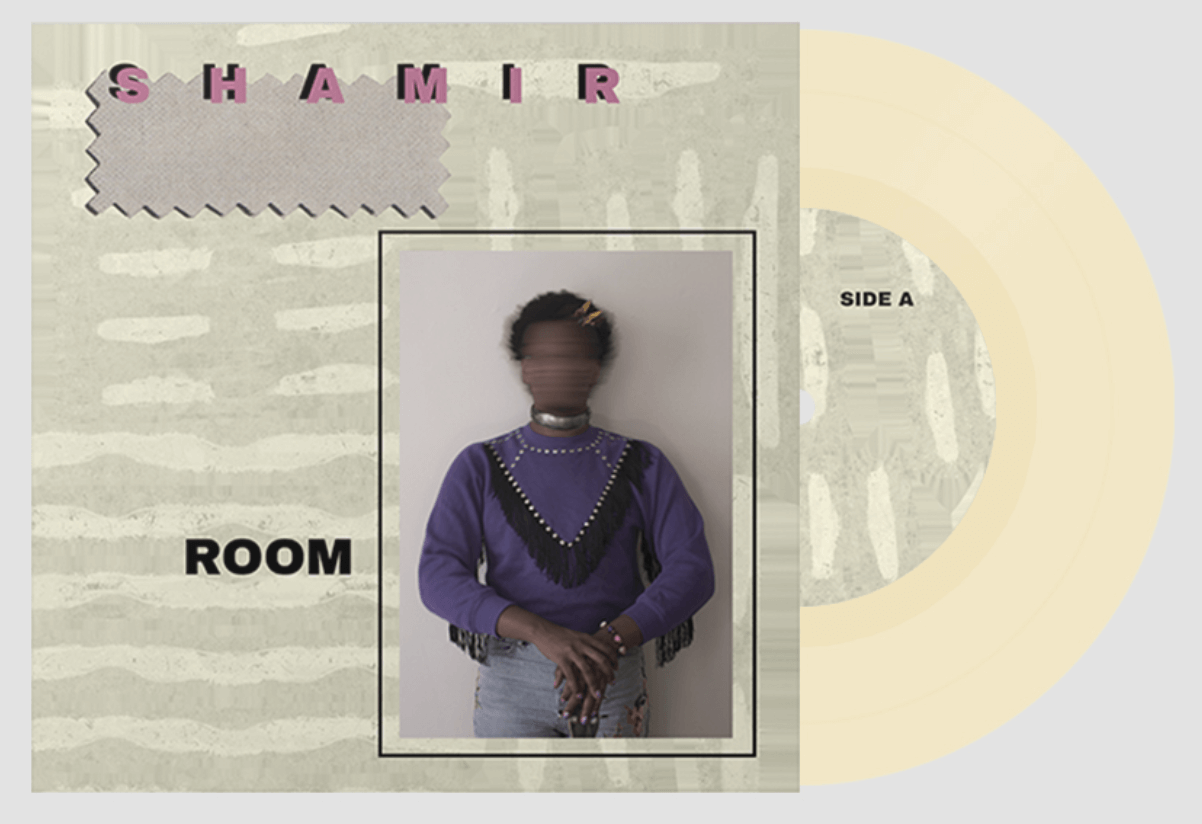 Shamir’s first new tracks since Revelations have been captured on a 7″ single, now up for pre-order at Father/Daughter. The 7″, titled Room, is being pressed on bone colored wax, limited to 1,000 copies. According to the label:

The A-side is the twang tinged title track, which has the accidental popstar self-harmonizing in an upbeat ode to the stillness & confusion depression can bring. It’ll move both your heart and your hips wildly in unison. The B-side is the galloping “Caballero” with a guitar riff that runs like a wild stallion off into the sunset. Shamir kicks-up desert dust with relatable lyrics like “Cuz I don’t wanna be in like with you because it turns to love and all lovers do is fall out of love, cuz everything ends and you’re stuck having to begin again.” Amen.

The 7″ will ship out the week of March 5. Packaging wise, you’ll get an insert, a postcard and a die-cut sticker.