‘Dawn of the Dead’ full score coming to vinyl 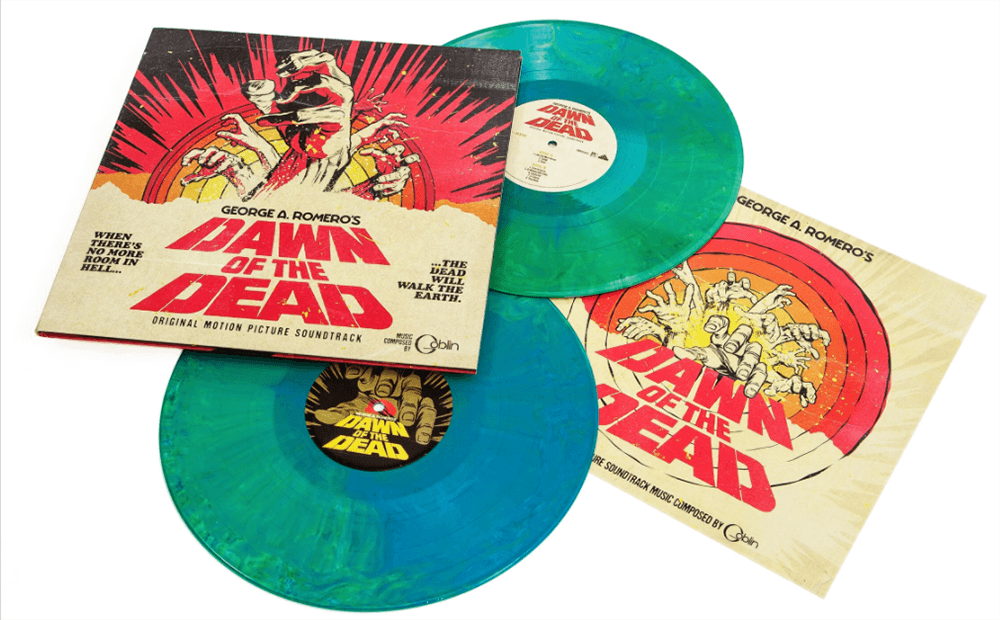 Waxwork Records has unveiled their pressing of the Dawn of the Dead Goblin score. Going up for order tomorrow, the reissue “marks the first time the entire score has ever been available on vinyl,” according to Consequence of Sound (they have two tracks streaming as well). The largest gathering of the Goblin tracks had previously been 11 songs, but Waxwork is putting out all 17 in a double LP set.

The tracks will be newly remastered and pressed on “zombie flesh” vinyl, which is a blue and green swirl. Artwork will be contributed by Butcher Billy.

The pressing will go on sale tomorrow (Feb. 20).